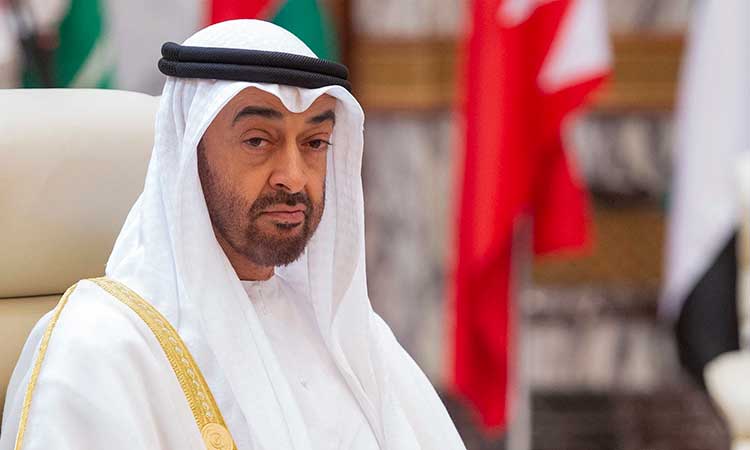 A statement issued by the Ministry of Presidential Affairs said that according to Article 51 of the Constitution, Sheikh Mohamed Bin Zayed was unanimously elected as the President of the UAE to succeed the late Sheikh Khalifa Bin Zayed Al Nahyan.

Sheikh Mohamed was born March 11, 1961, he also played an active role, participating in the development of the emirate of Abu Dhabi for more than three decades where it witnessed a rapid economic and social transformation.

His Highness Sheikh Mohamed Bin Zayed graduated from The Royal Military Academy Sandhurst in 1979. His training included a fundamental armor course and a fundamental flying course, helicopters and tactical planes, as well as parachutist course.  His Highness has an experience in flying the Gazelle helicopter armor and fleet, fly school and air college.

Before Sheikh Mohamed became Armed Forced Chief of Staff in 1993, he was assigned to two positions, Commander of the UAE Air Force and Air Defense and Deputy Armed Forces Deputy Chief of Staff, he was capped as General a year after his graduation. After the passing of the late Sheikh Zayed (may he rest in peace) in 2004, and the election of his elder brother, His Highness Sheikh Khalifa Bin Zayed al Nahyan as President of the United Arab Emirates, His Highness Sheikh Mohamed was assigned as Deputy Supreme Commander of the UAE Armed Forces in 2005, and was promoted to LT General.