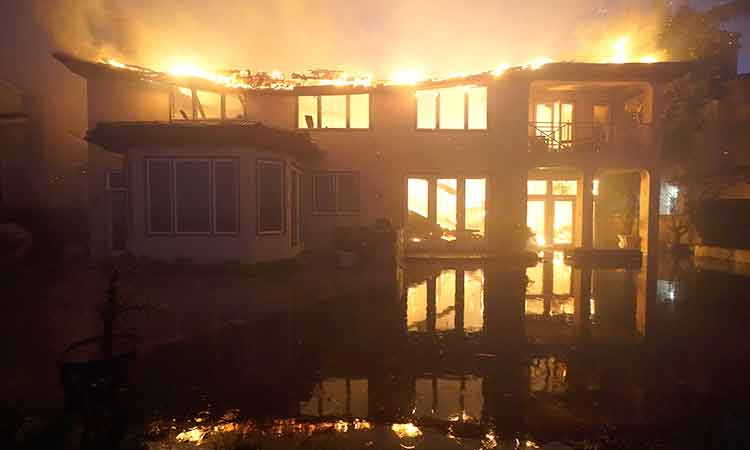 A structure burns during a wildfire on Wednesday in Laguna Niguel. AP

Firefighters in northern New Mexico labored under an apocalyptic orange sky, and vehicles streamed out of the ski area of Angel Fire on Wednesday as wind-driven flames from the state's second-largest blaze on record roared closer to the mountain resort.

The largest wildfire burning in the United States was heading toward mountain resort towns in northern New Mexico on Wednesday, prompting officials to issue another set of warnings for more people to evacuate as the fast-moving fire picked up momentum. 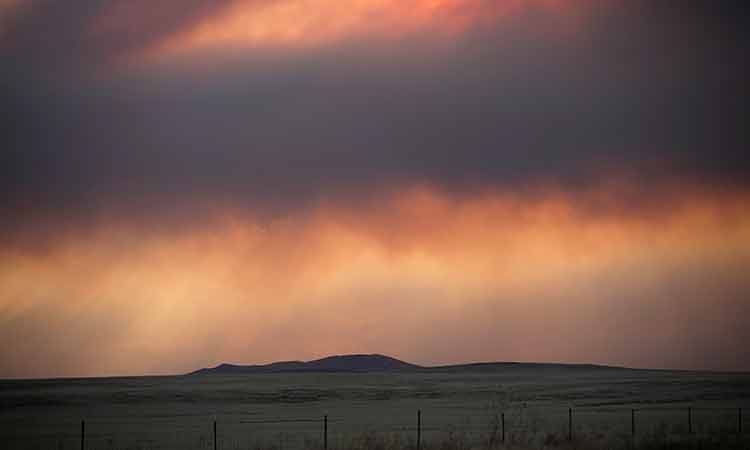 A general view of the landscape with plumes of smoke near Ocate, New Mexico, US, on Wednesday. Reuters

With winds gusting beyond 50 mph (80 kmh) through dense, drought-parched forests, exhausted crews were at loss to stop a wildfire that has raged across a 45-mile swath of the Sangre de Cristo Mountains for more than a month, destroying hundreds of homes.

Evacuations were ordered for villages south of the resort town of Angel Fire, where residents were told to also be packed and ready to go. 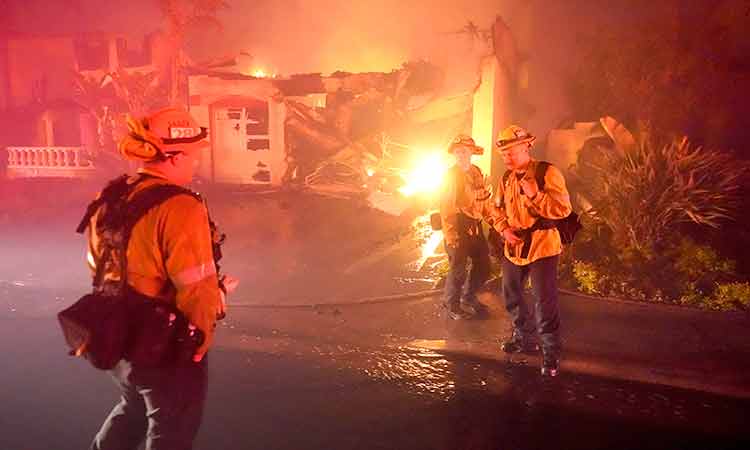 Firefighters work to put out a structure burning during a wildfire in Laguna Niguel, California. AP

Spreading through the rugged, tinder-dry landscape with explosive speed, the springtime conflagration has displaced thousands of residents while raising fears that the entire American Southwest was in for a long, brutal fire season.

As smoke hung heavy outside Angel Fire's supermarket, Almeada Martinson said she planned to pack her photos, guns, two dogs and cat, then evacuate to Taos, 17 miles to the west.

Burning now for more than a month, the largest wildfire in the US was spreading toward mountain resort towns in northern New Mexico on Wednesday, prompting officials to issue another set of warnings for more people to evacuate. 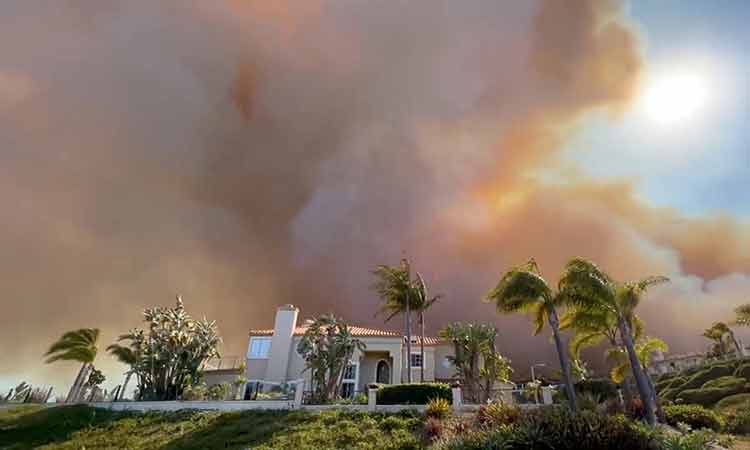 Smoke from a wildfire rises above a residential area in Laguna Niguel, Orange County, California. Reuters

"Day 36,” fire spokesman Bill Morse said at a briefing Wednesday night. "Ever since April 6, this fire has grown day by day by day.”

Meanwhile, a wildfire that erupted Wednesday afternoon in coastal Southern California raced through coastal bluffs of multimillion-dollar mansions, burning at least 20 homes, fire officials said. The flames were fanned by gusty ocean winds but they were dying down Wednesday night. No injuries were reported but several streets were ordered evacuated.

The fire, which occurred in Laguna Niguel, was relatively small at about 200 acres (81 hectares) but the wind drove embers into palm trees, attics and dense, dry brush on slopes and steep canyons that hadn’t burned for decades, Brian Fennessy, chief of the Orange County Fire Authority, said at an evening news conference. 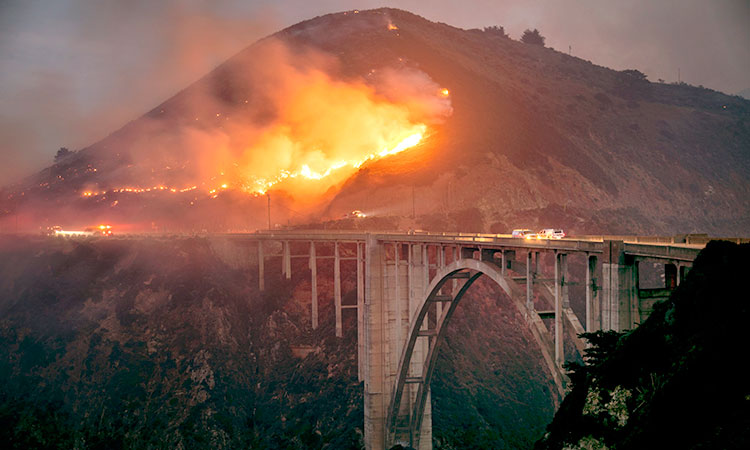 The so-called Colorado Fire, about 15 miles (24km) south of Monterey and just north of the area known as Big Sur, broke out on Friday night and crossed the Pacific Coast Highway, burning for a time on the ocean side of the road. 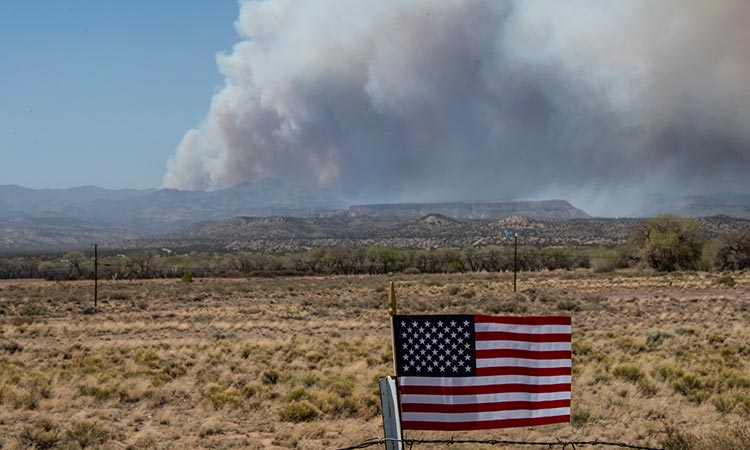 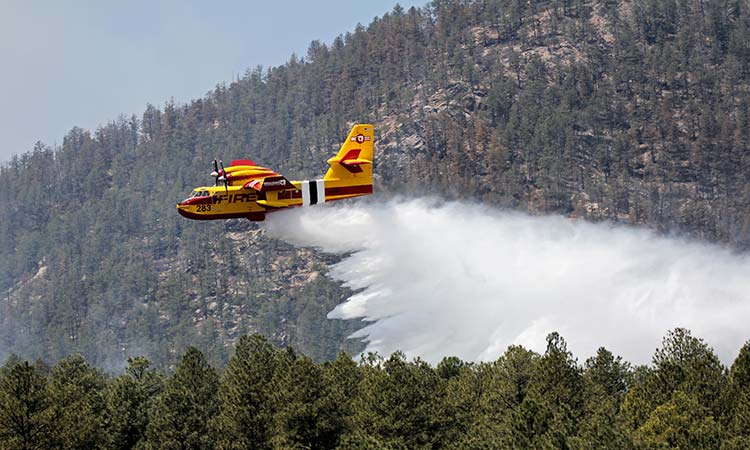 Calmer winds on Saturday aided the firefighting effort after gusts accelerated the fire’s advance to a point on Friday when "we were watching the fire march about a mile every hour,” said Jayson Coil, a fire operations official. 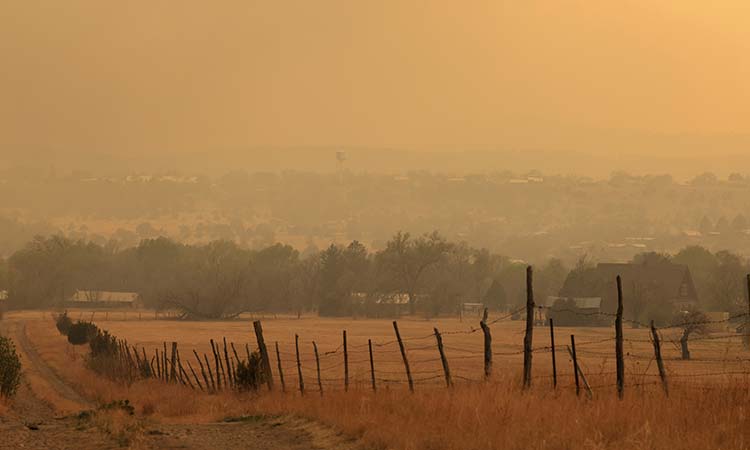