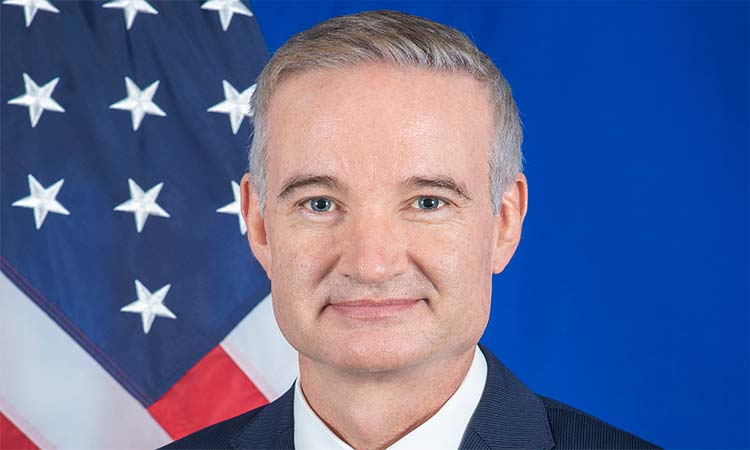 A senior US official warned that Russia plans to annex large portions of eastern Ukraine later this month, and the Mariupol steel mill that has become the city’s last stronghold of resistance came under renewed assault a day after the first evacuation of civilians from the plant.

Michael Carpenter, US ambassador to the Organisation for Security and Cooperation in Europe, said on Monday that the US believes the Kremlin also plans to recognise the southern city of Kherson as an independent republic. Neither move would be recognised by the United States or its allies, he said.

Carpenter cited information that Russia is planning to hold sham referendums in the so-called Donetsk and Luhansk people’s republics that would "try to add a veneer of democratic or electoral legitimacy” and attach the entities to Russia. He also said there were signs that Russia would engineer an independence vote in Kherson.

He noted that mayors and local legislators there have been abducted, that internet and cellphone service has been severed and that a Russian school curriculum is soon to be imposed. Ukraine’s government has said Russia also has introduced the ruble as currency there. 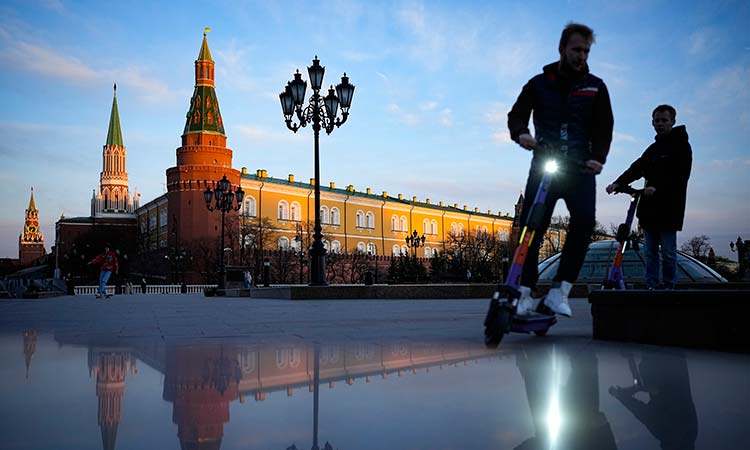 Youth ride scooters in Manezhnaya Square near Red Square and the Kremlin after sunset in Moscow, Russia. AP

In bombed-out Mariupol, more than 100 people — including elderly women and mothers with small children — left the rubble-strewn Azovstal steelworks on Sunday and set out in buses and ambulances for the Ukrainian-controlled city of Zaporizhzhia, about 140 miles (230 kilometres) to the northwest, according to authorities and video released by the two sides.

"I can’t believe we survived,” he said, looking worn but in good spirits after two days on the road.

"There is no Mariupol whatsoever,'' he said. "Someone needs to rebuild it, and it will take millions of tons of gold.” He said they lived just across the railroad tracks from the steel plant. "Ruined,” he said. "The factory is gone completely.”

Anastasiia Dembytska, who took advantage of the cease-fire to leave with her daughter, nephew and dog, said she could see the steelworks from her window, when she dared to look out.

"We could see the rockets flying” and clouds of smoke over the plant, she said.

Ukrainian President Volodymyr Zelensky told Greek state television that remaining civilians in the steel plant were afraid to board buses because they feared they would be taken to Russia. He said he had been assured by the UN that they would be allowed to go to areas his government controls.