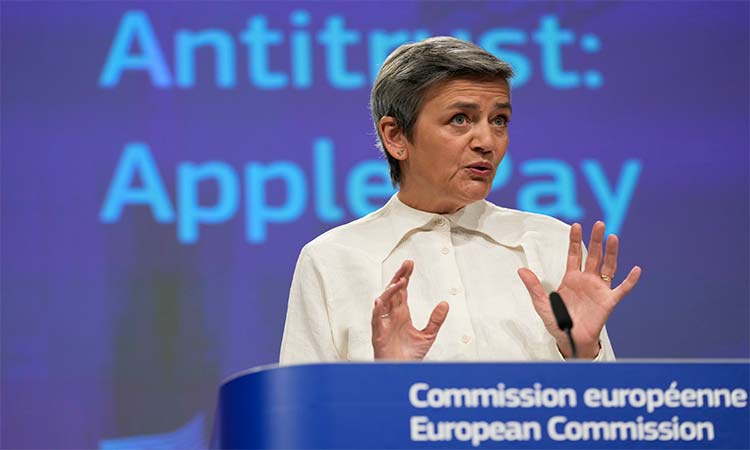 The European Commission, the 27-nation bloc's executive arm, has been investigating the technology company since 2020.

The commission’s preliminary view is that Apple is restricting competition by preventing mobile wallets app developers from accessing the necessary hardware and software on its devices.

"By excluding others from the game, Apple has unfairly shielded its Apple Pay wallets from competition," EU competition commissioner Margrethe Vestager said. "If proven, this behavior would amount to abuse of a dominant position, which is illegal under our rules.”

The commission didn't say how big the fines against Apple could be if the charges were ultimately upheld.

The commission said the practice "has an exclusionary effect on competitors and leads to less innovation and less choice for consumers for mobile wallets on iPhones.” The commission said it sent a Statement of Objections to Apple over its practices. It’s a formal step in its investigations into suspected violations of EU antitrust rules.

The case is one of several investigations opened by the European Union against Apple. EU regulators are also looking into whether the company has been violating the bloc’s antitrust laws by distorting competition for music streaming by imposing unfair rules for rival services in its App Store.