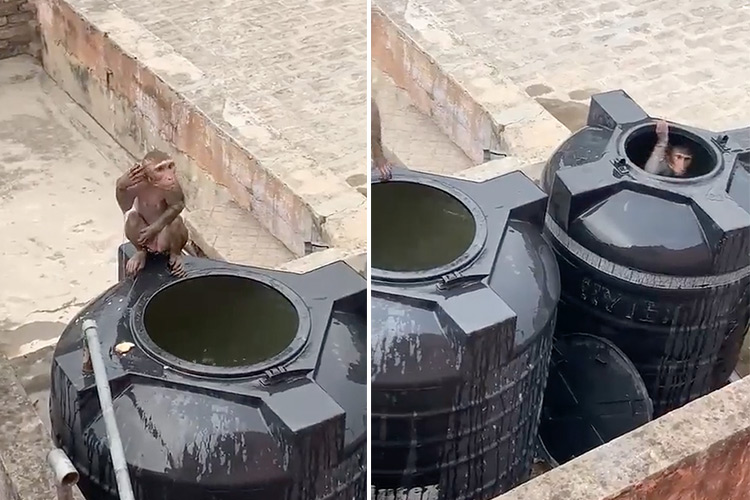 A combo image shows monkey swimming in the water tanks.

A video of monkeys taking a bath inside water tanks designated for domestic use has gone viral in India.

The video shows the monkeys taking their turn to go for a swim in the water tanks escaping the sweltering heat.

The undated video is believed to be from the Indian state of Gujarat.

The video sparked outrage as the water tanks on rooftops in India are usually consumed and used in making food.

Some viewers have called for action as well.

However, the monkeys were seen relaxing in the heat with some of them doing massage.

The Indian weather body said that large areas of India witnessed a significant rise in temperatures during the months of March and April, and in the past days it reached 46 degrees Celsius in the center and north of the country.

VIDEO: Shirtless Indian cop suspended for forcing woman to do his body massage

The authorities added that the extreme heat threatens to exacerbate India's energy crisis with increasing demand for cooling devices, and several regions in India have reported a decrease in water supply and will worsen until the annual monsoon rains in June and July.

Punjab, Haryana, Rajasthan, Madhya Pradesh, Uttar Pradesh, Gujarat, and parts of Maharashtra are expected to be hardest hit by the heat wave.
It is noteworthy that heat waves have killed more than 6,500 people in India since 2010, and scientists say: The reason is due to climate change.

In the context, local residents documented the manifestations of escaping from the extreme heat of a group of monkeys, which were swimming inside water tanks designated for domestic use to escape the high temperatures during the past days. 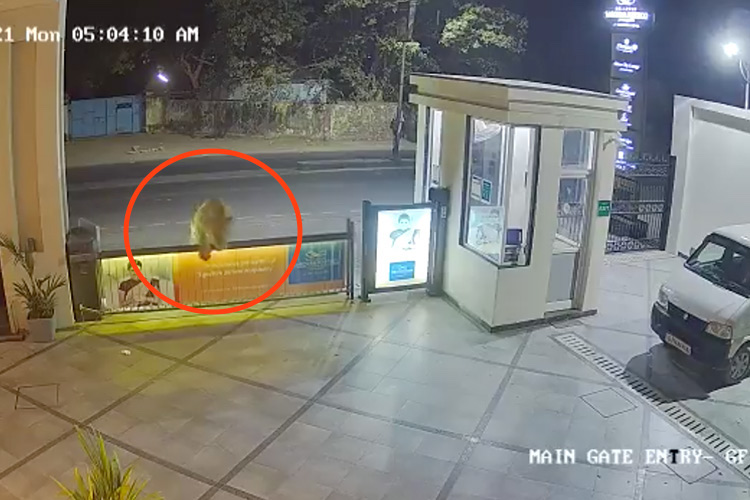 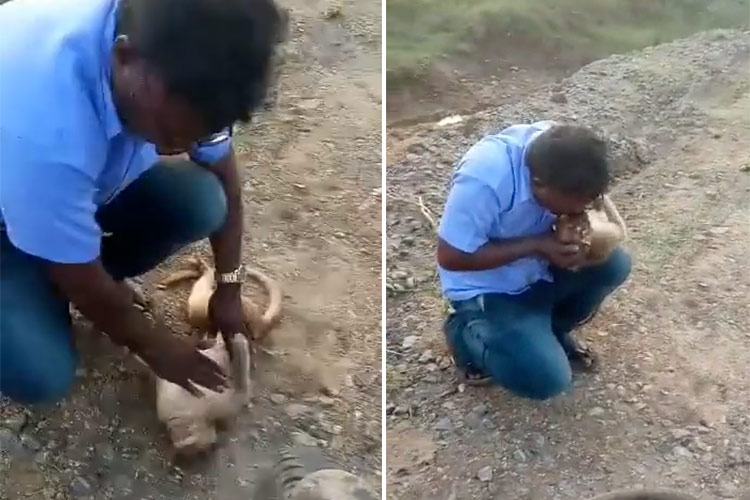 The man has been hailed a hero, though local media reported that the monkey had died the next day at the hospital.