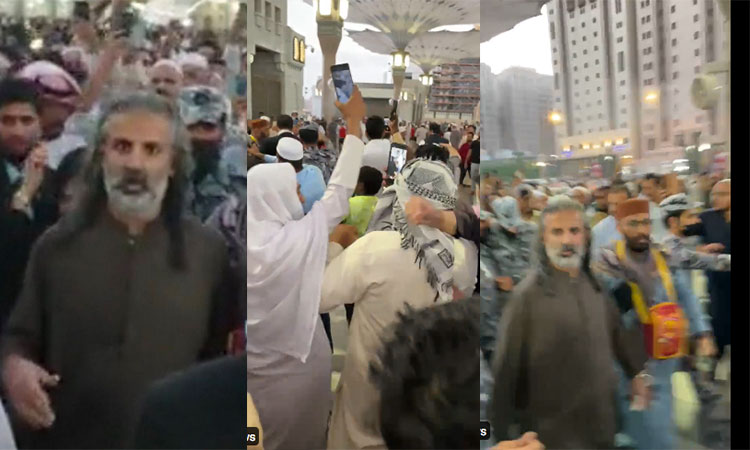 A screengrab of the video.

Saudi authorities have arrested dozens of Pakistani pilgrims, who confronted and shouted slogans against Prime Minister Shahbaz Sharif and his delegation at Masjid-e-Nabwi in the Holy City of Madinah.

Some protesters who hounded and chanted slogans against Shahbaz and his delegation in Madinah have been arrested by the local authorities, the media director of the Saudi embassy in Islamabad confirmed on Friday. The official said that the protesters have been taken into custody for “violating the regulations” and “disrespecting” the sanctity of the holy mosque.

The premier had arrived in Madinah on Thursday on a three-day official visit with his cabinet members and parliamentarians.

The Pakistani government has decided to request the Saudi authorities to take appropriate action against those people who raised slogans at Masjid-e-Nabvi and misbehaved with ministers.

Addressing a joint news conference with Adviser to PM on Kashmir Affairs and Gilgit Baltistan Qamar Zaman Kaira, Interior Minister Rana Sanaullah said that the government would request Saudi Arabia to take action against those who raised slogans at Masjid-e-Nabvi.

Sanullah said the interior ministry has sought advice from the law ministry about taking legal action against the culprits.

“My ministry is going to make a humble request to the Saudi government to take appropriate action in this regard so that such behaviour is controlled. We will also apprise them that the whole nation passed through a stressful period when they came to know what happened at the holy mosque.”

He added that the government would also request the kingdom to identify the culprits through CCTV footage and share details with the government so that action is taken against them. “They should be sent back, they should not be allowed to stay there in Madinah, they don’t deserve to be at holy places as it could spark religious disharmony,” said Sanaullah. 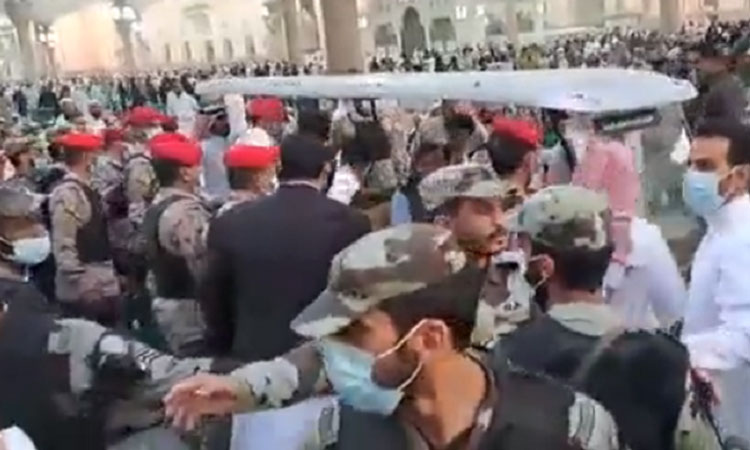 Talking about the unprecedented incident, Aurangzeb said that the PML-N has instructed not to engage with the group, adding that she was praying for the guidance of the group.

She has condemned the incident of passing derogatory remarks against Shahbaz Sharif, who is in Saudi Arabia, and his delegation by the group at Roza-e-Rasool adding that holy lands should not be used for political gains. 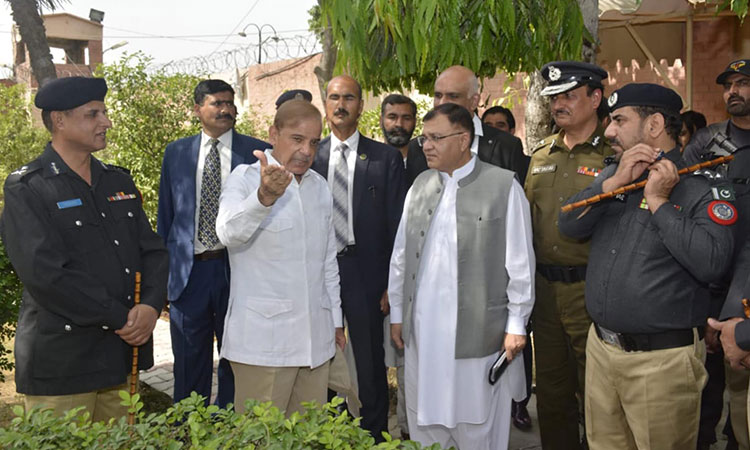