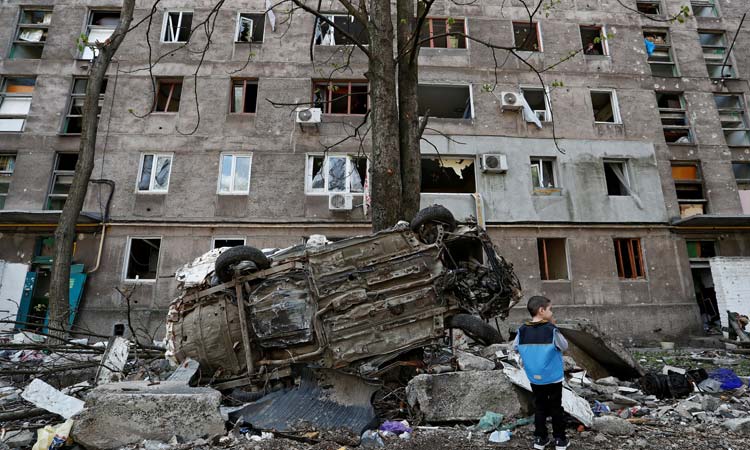 A boy stands next to a wrecked vehicle in front of an apartment building damaged during Ukraine-Russia conflict in the southern port city of Mariupol. Reuters

Ukrainian officials say the Russian military has unleashed a series of strikes on the country’s railways.

Oleksandr Kamyshin, the head of the state-run Ukrainian railways, said a total of five rail facilities in central and western Ukraine have been hit by the Russian strikes. He said the attacks have delayed at least passenger 16 trains.

There was no immediate information about the damage from the strikes.