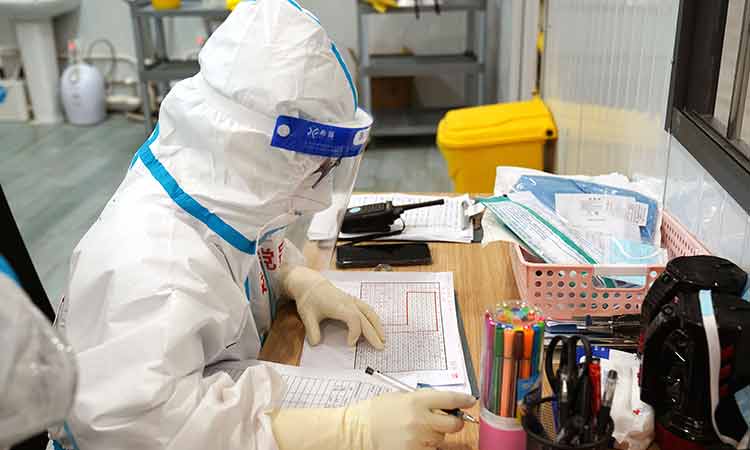 A medical worker checks paperwork at a makeshift hospital in Shanghai, China. AP

Shanghai authorities battling an outbreak of COVID-19 have erected mesh barriers outside some residential buildings, sparking fresh public outcry over a lockdown that has forced much of the city's 25 million people to stay home. 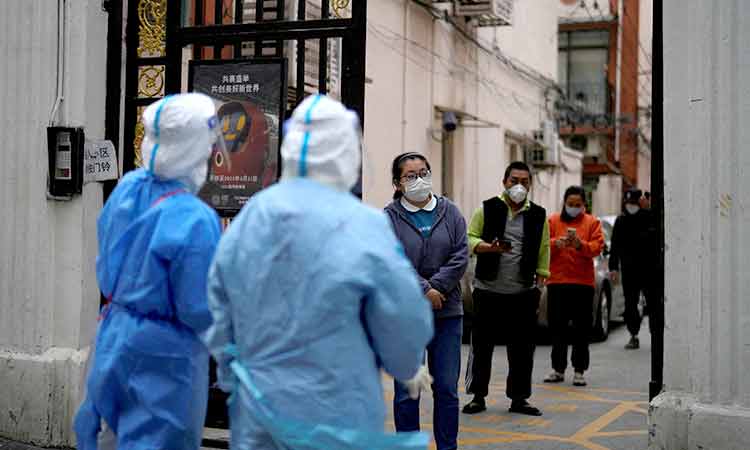 Residents line up for nucleic acid tests during a lockdown in Shanghai, China. Reuters

"This is so disrespectful of the rights of the people inside, using metal barriers to enclose them like domestic animals," said one user on social media platform Weibo.

The world's second-largest economy has been struggling to stamp out its worst Covid-19 outbreak in two years with a playbook of harsh lockdowns and mass testing as it sticks to a strict zero-Covid policy, taking a heavy toll on businesses and public morale.

The cosmopolitan business hub of Shanghai has been almost entirely locked down since the start of the month, snarling supply chains, with many residents confined to their homes for even longer as it became the epicentre of the outbreak.

China's biggest city only announced its first fatalities on April 18, despite reporting thousands of cases each day in recent weeks. 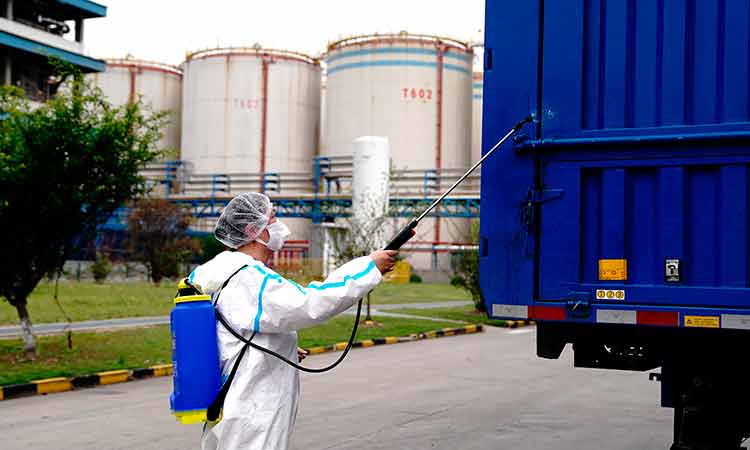 A worker sprays disinfectant on a truck in Shanghai, China, on Friday. AP

Shanghai, China's largest city and most important economic hub, is battling the country's biggest-ever COVID-19 outbreak with a elimination policy that seeks to test, trace and force all positive cases into central quarantine facilities.

The lockdown, which for many residents has lasted over three weeks, has fuelled frustration over access to food and medical care, lost wages, family separation, conditions in quarantine, and censorship of efforts to vent online.

"The risk of continued and hidden transmission is high, and the situation is grim," Tian Wei of Beijing's Municipal Party Committee told a press briefing.

"The whole city of Beijing must act immediately."