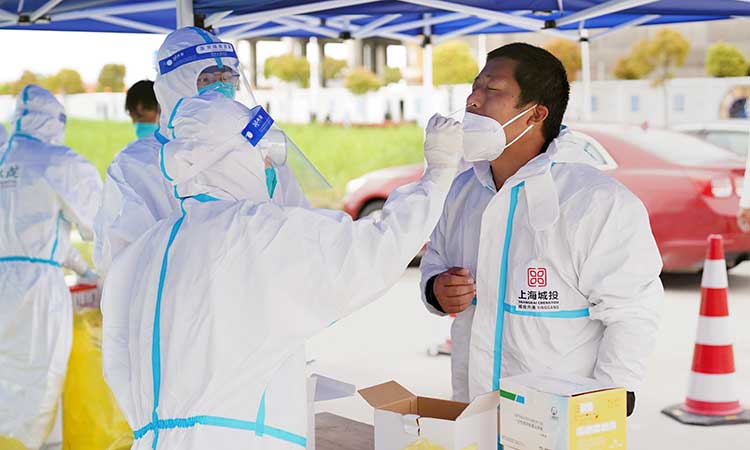 A health worker takes a COVID-19 test in Shanghai, China, on Friday. AP

Anti-virus controls that have shut down some of China’s biggest cities and fueled public irritation are spreading as infections rise, hurting a weak economy and prompting warnings of possible global shockwaves.

Shanghai reported a record number of symptomatic COVID-19 cases on Saturday and other areas across China imposed restrictions as the country kept up its "dynamic clearance" approach that aims to stamp out the highly transmissible Omicron COVID-19 variant.

Shanghai is easing rules that confined most of its 25 million people to their homes after complaints they had trouble getting food. But most of its businesses still are closed. Access to Guangzhou, an industrial center of 19 million people near Hong Kong, was suspended this week. Other cities are cutting off access or closing factories and schools. 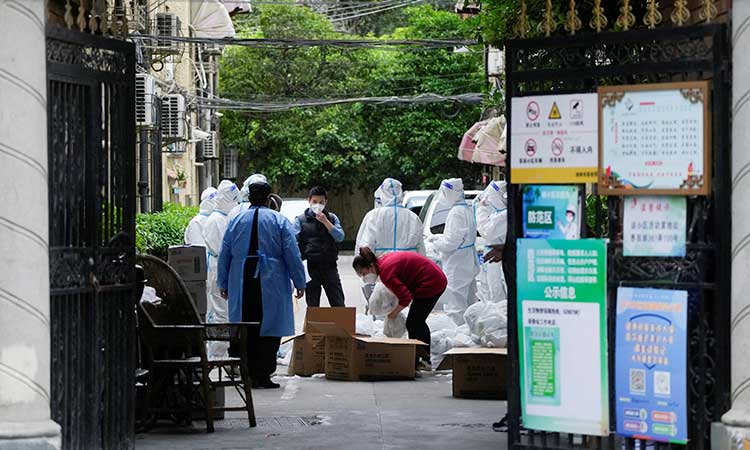 Workers in protective suits are seen at a residential area under lockdown in Shanghai, China. Reuters

The Zhengzhou Airport Economic Zone, a central Chinese manufacturing area that includes Apple Inc supplier Foxconn, announced a 14-day lockdown on Friday "to be adjusted according to the epidemic situation".

In northwestern China, the city of Xian on Friday urged residents to avoid unncessary trips outside their residential compounds and encouraged companies to have employees work from home or live at their workplace, following dozens of COVID-19 infections this month.

A Xian government official, responding to residents' concerns over potential food shortages, said on Saturday that the announcement did not constitute a lockdown and that the city would not impose one. 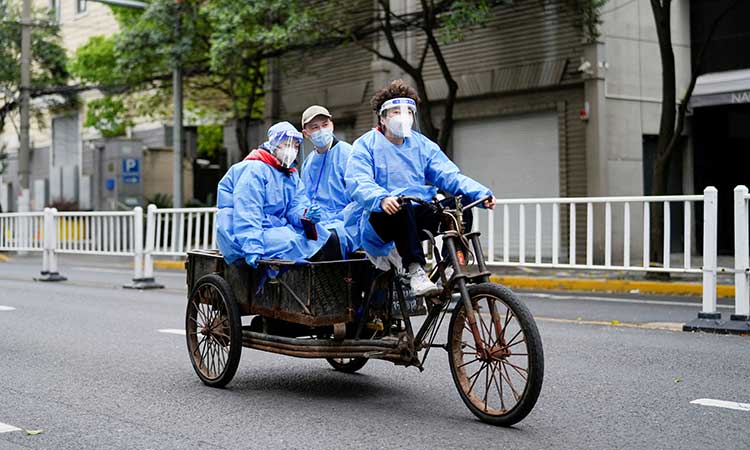 Workers in protective suits ride on an electric tricycle during lockdown in Shanghai, China, on Friday. Reuters

Spring planting by Chinese farmers who feed 1.4 billion people might be disrupted, Nomura economists warned Thursday. That could boost demand for imported wheat and other food, pushing up already high global prices.

The closures are an embarrassment to the ruling Communist Party and a setback for official efforts to shore up slumping growth in the world’s second-largest economy. They come during a sensitive year when President Xi Jinping is expected to try to break with tradition and award himself a third five-year term as leader.

Overall, China reported 24,791 new coronavirus cases on April 15, of which 3,896 were symptomatic and 20,895 were asymptomatic, the National Health Commission said on Saturday.

That compares with 24,268 new cases a day earlier — 3,486 symptomatic and 20,782 asymptomatic infections, which China counts separately.

The country will ease COVID-19 restrictions, as a wave of infections from the Omicron coronavirus variant seems to have passed its peak, Chancellor Olaf Scholz said on Wednesday, but he warned that the pandemic was not over yet. 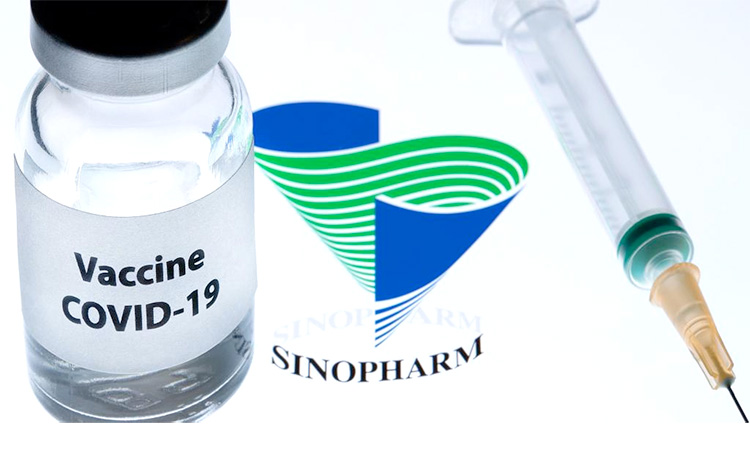 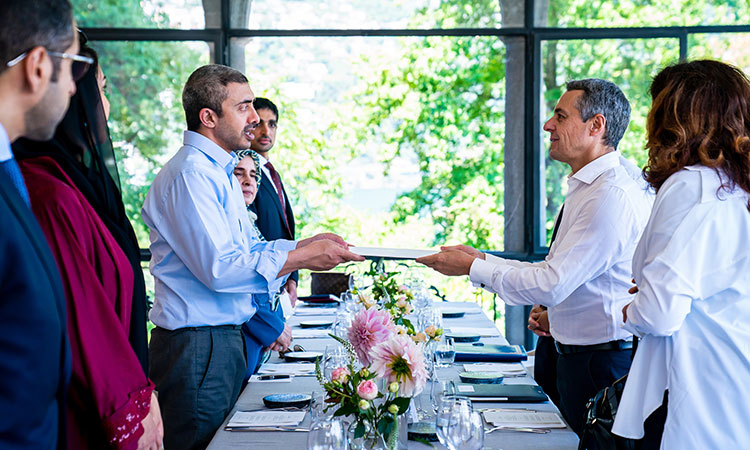 Ignazio Cassis has received a written message from Sheikh Mohamed Bin Zayed, inviting him to visit the UAE, as part of the UAE's keenness on stepping up efforts to strengthen bilateral relations between the two countries.