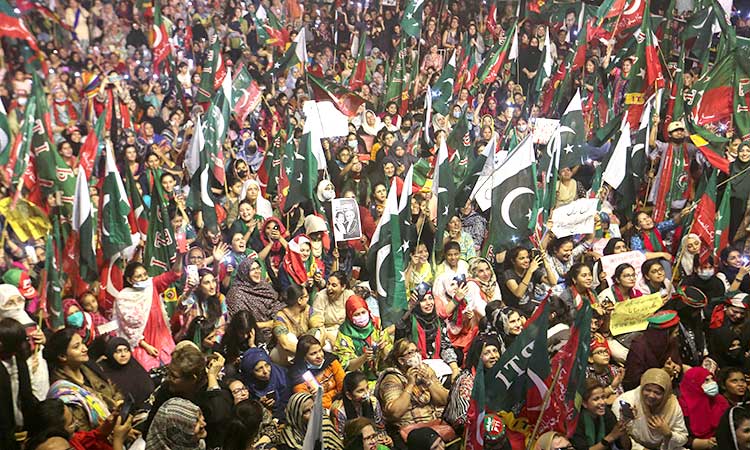 Massive protests were staged across major cities of Pakistan against the ouster of former Prime Minister Imran Khan through a vote of no-confidence called by the country's opposition.

Taking to Twitter late Sunday night, Khan thanked the thousands of protesters who came out in his support.

"Thank you to all Pakistanis for their amazing outpouring of support & emotions to protest against US-backed regime change abetted by local Mir Jafars to bring into power a coterie of pliable crooks all out on bail. Shows Pakistanis at home & abroad have emphatically rejected this," he said. 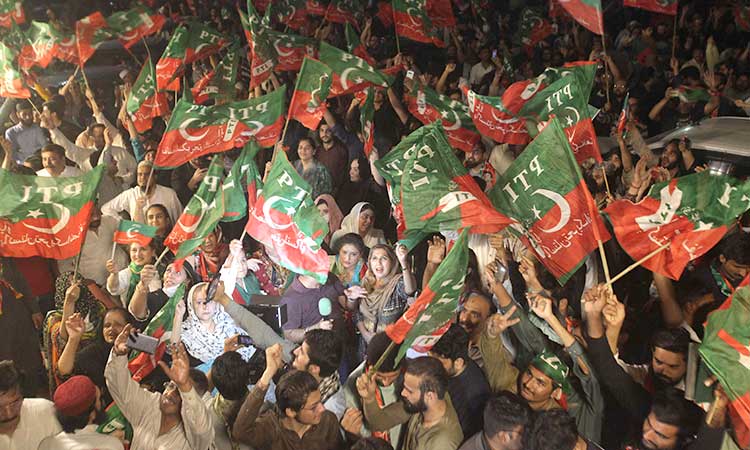 Supporters of Pakistan Tehreek-e-Insaf (PTI) party take part in a rally in Lahore on Sunday. AFP

Meanwhile, Pakistan's parliament was set to meet on Monday to elect a new prime minister, with opposition leader Shehbaz Sharif the favourite to win after a week-long constitutional crisis that climaxed on Sunday when Imran Khan lost a no-confidence vote.

The younger Sharif emerged as the leader of a united opposition to topple Khan, a former cricket star who has claimed that the United States was behind his downfall, which Washington has denied. Khan's Pakistan Tehreek-e-Insaf (PTI) party has submitted papers nominating former foreign minister Shah Mahmood Qureshi as its candidate for prime minister.

On Sunday evening before the protests were staged, the former premier had tweeted: "Pakistan became an independent state in 1947; but the freedom struggle begins again today against a foreign conspiracy of regime change. It is always the people of the country who defend their sovereignty & democracy." 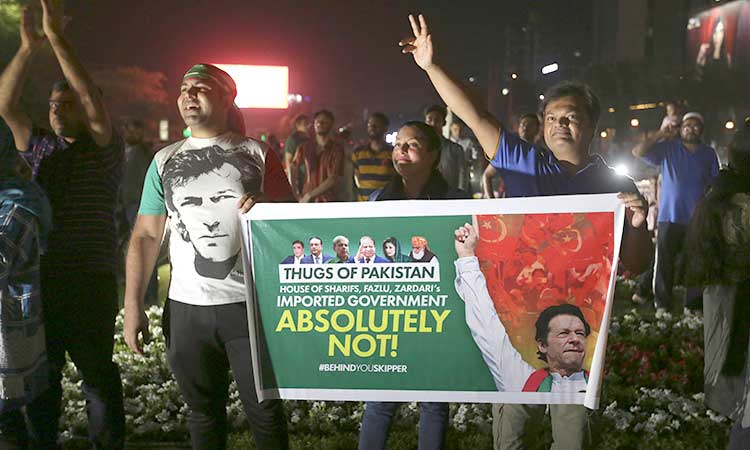 In Lahore, a rally moved towards the city's Liberty Chowk, with people sloganeering against the US.

In capital Islamabad, the protest started from the city's Zero Point, leading to traffic snarl at the Srinagar Highway, reports Dawn news.

Meanwhile, a large number of Khan's supporters, including women and children, turned up at the Peshawar Press Club and chanted slogans against the opposition.

In Lahore, a rally moved towards the city's Liberty Chowk, with people sloganeering against the US.

The protest in Karachi was held on the Rashid Minhas Road where a large number of supporters were in attendance.

Besides Pakistan, protests were also staged in London's Hyde Park.

Khan has become the first Prime Minister in the history of Pakistan to be ousted through a no-confidence vote after 174 members in the 342-strong National Assembly on Sunday voted in favour of removing him from the post. 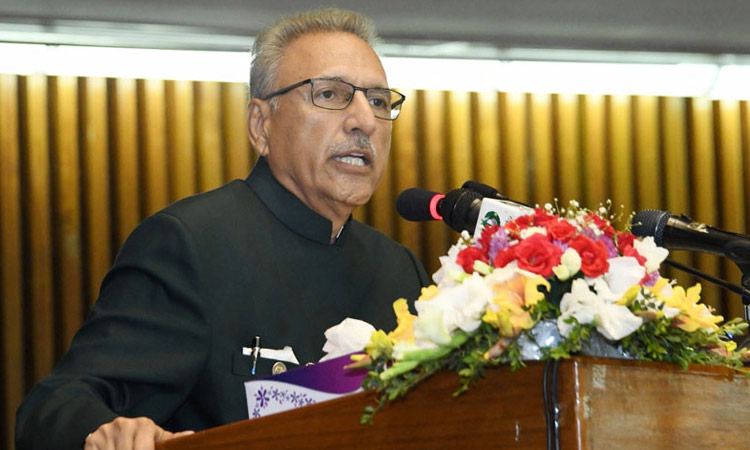 Imran Khan asked President Arif Alvi to dissolve the National Assembly, or law-making lower house of Parliament, accusing his political opposition of working with the United States to overthrow his government. 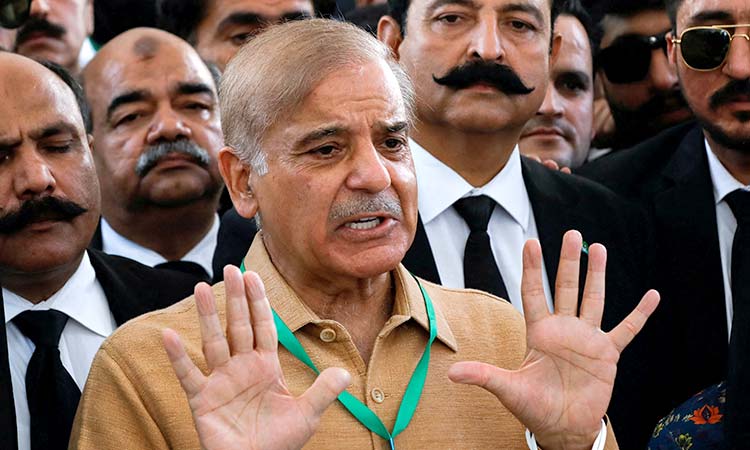 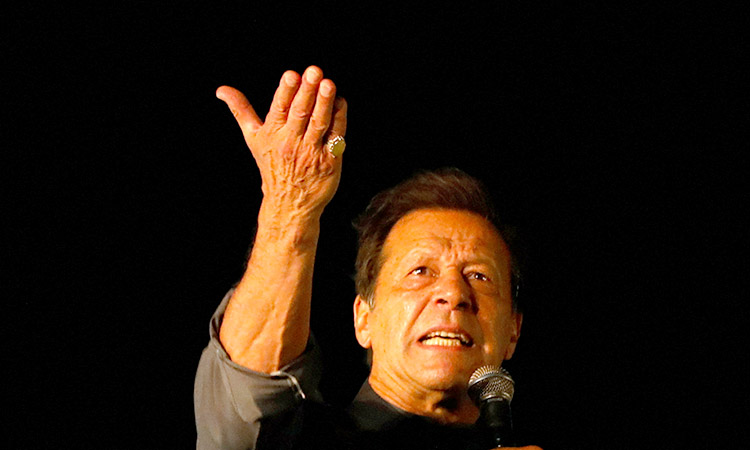