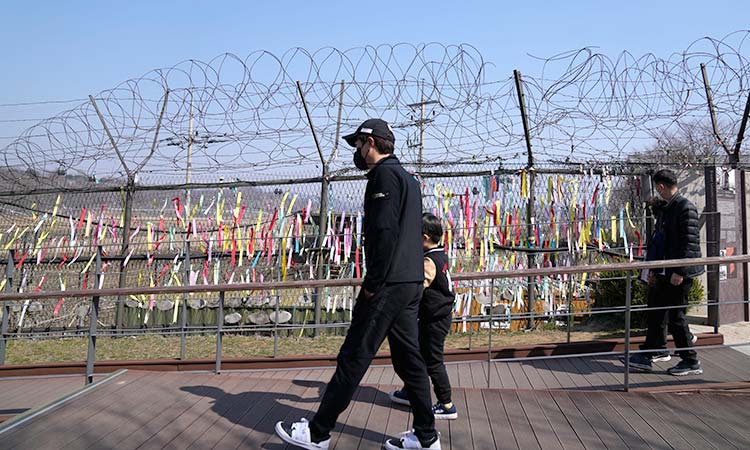 Visitors wearing facemasks walk near the wire fences decorated with ribbons with messages wishing for the reunification of the two Koreas at the Imjingak Pavilion in Paju, South Korea, on Sunday. AP

North Korea blasted the South Korean defence minister on Sunday for "reckless" remarks about Seoul's ability to strike Pyongyang, warning of retaliation after conducting a record number of weapons tests this year.

South Korean defence minister Suh Wook had said on Friday that his army had missiles with "the ability to accurately and quickly hit any target in North Korea". 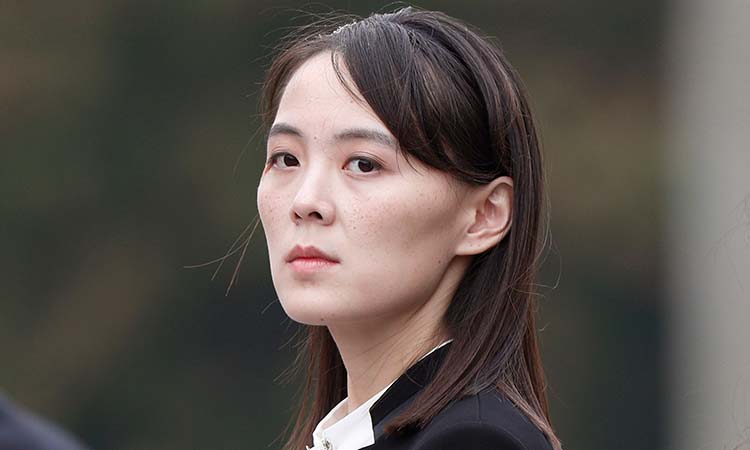 The comments drew condemnation from Kim Yo Jong, the sister of North Korean leader Kim Jong Un and a key policy adviser.

The influential sister called the South Korean defence minister a "scum-like guy” for talking about preemptive strikes on the North, warning on Sunday that the South may face "a serious threat.”

"His reckless and intemperate rhetoric about the 'preemptive strike' has further worsened the inter-Korean relations and the military tension on the Korean Peninsula," she said according to official North Korean news agency KCNA.

"South Korea may face a serious threat owing to the reckless remarks made by its Defence Minister... South Korea should discipline itself if it wants to stave off disaster," Kim added.

Kim Yo Jong’s statement came amid heightened tensions between the rival Koreas over the North’s spate of weapons tests this year, including its first intercontinental ballistic missile launch in more than four years. Some experts say her statement could signal that North Korea will conduct more significant weapons tests soon and take a hardline stance on South Korea.

The ICBM test that broke North Korea’s four-year moratorium on big weapons tests was a huge embarrassment to South Korea’s liberal President Moon Jae-in, who has pushed hard to achieve greater reconciliation between the countries and find a peaceful resolution to the North Korean nuclear crisis.