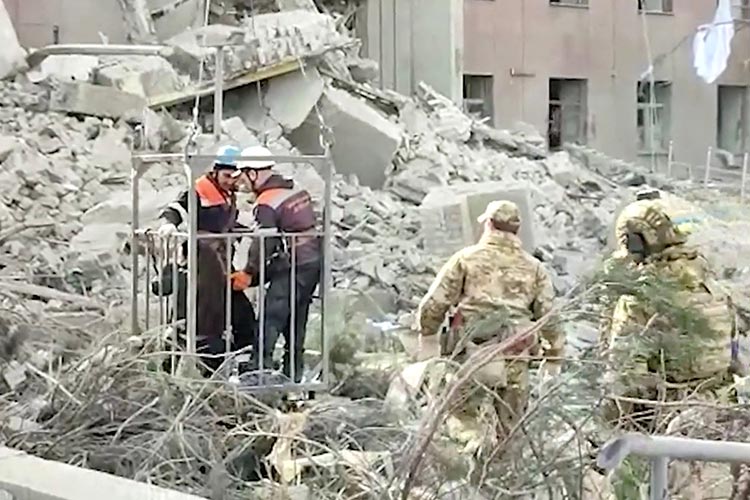 A videograb shows rescuers work at site of the regional administration building after it was hit by a Russian missile. Reuters

Several days of calm in the southern Ukrainian city of Mykolaiv came to an abrupt end around breakfast-time Tuesday, when a Russian missile tore through a government building, killing seven people.

Witnesses saw dust-covered rescue workers pull two bodies from the debris: one of a man in uniform and the other of an elderly woman, which they covered in a green sheet.

But military spokesman Dmitriy Pletenchuk said later Tuesday that all those killed had been civilians.

Governor Vitaly Kim confirmed that the regional government office had been targeted.

Ukrainian President Volodymyr Zelensky told Danish lawmakers in a video address: "As far as we know now, seven people were killed, 22 were wounded, and people are still going through the rubble."

Donald, a retired Canadian postal worker with Ukrainian residency, told AFP he was having breakfast in his flat when the strike hit.

"I heard a whoosh, then a boom and my windows rattled," the 69-year-old said.

"It's scary. We have been lucky here in Mykolaiv. We haven't had that many explosions in the centre of the city," he added.

The tall administrative building was left with a large section torn away, rows of windows blown out and its base surrounded by large chunks of concrete.

On the eighth floor, a desk and shelves appeared intact on a strip of flooring still attached to what remained of the building, while the rest of the office had collapsed.

By the afternoon, most of the rescue teams had quit the site and mechanical diggers were moving in to clear the rubble. 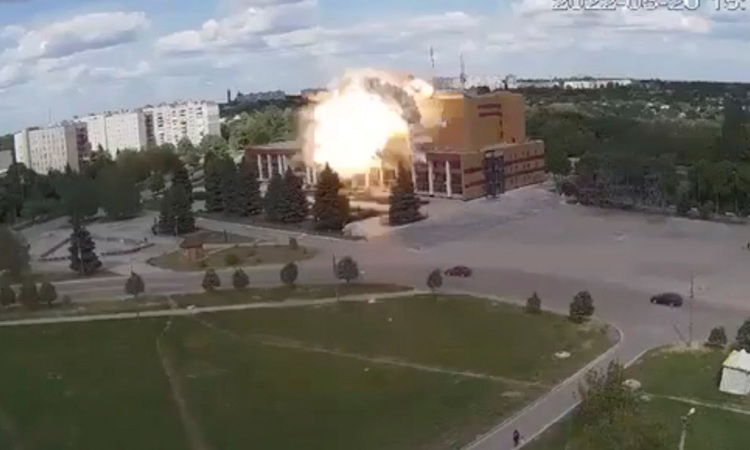