Support for Ukraine shown at Oscars 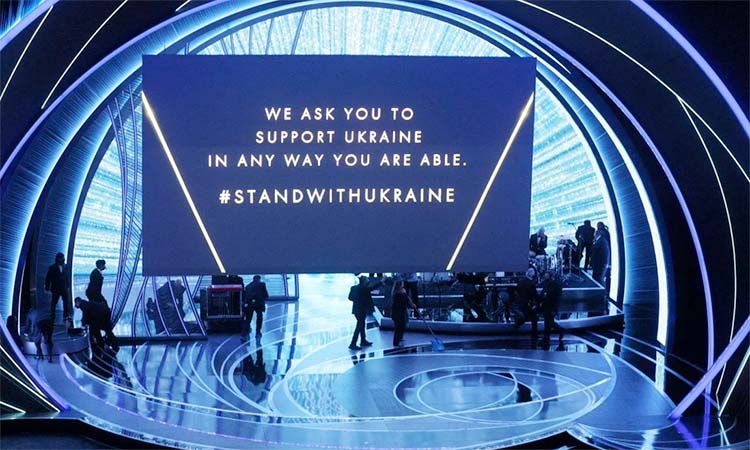 A message is projected to show support for Ukraine at the 94th Academy Awards in Hollywood, Los Angeles. Reuters

At the Academy Awards ceremony in Los Angeles on Sunday night, attendees expressed support for Ukraine.

Hollywood A-listers held a moment of silence at Sunday’s Oscars gala to show support “for the people of Ukraine currently facing invasion, conflict and prejudice within their own borders”.

A tribute that started with words from the Ukrainian-born Mila Kunis ended with the Academy Awards fading to black about midway through the show, with a plea for anyone watching to do whatever possible to send help to those in the war-torn nation.

"We’d like to have a moment of silence to show our support for the people of Ukraine currently facing invasion, conflict and prejudice within their own borders,” read the screen. "While film is an important avenue for us to express our humanity in times of conflict, the reality is millions of families in Ukraine need food, medical care, clean water and emergency services. Resources are scarce and we - collectively as a global community - can do more.”

The tribute ended with a display of the following: "We ask you to support Ukraine in any way you are able. #StandWithUkraine.”

Some arrived to the event wearing blue-and-gold ribbons, the colors of the Ukrainian flag. Sean Penn had also campaigned for Ukraine's President Volodymyr Zelensky — a former actor — to speak at the ceremony.

Prime Minister Boris Johnson has been one of the strongest supporters of Ukraine's efforts to resist Russian forces since Russian President Vladimir Putin launched the invasion on Feb. 24. 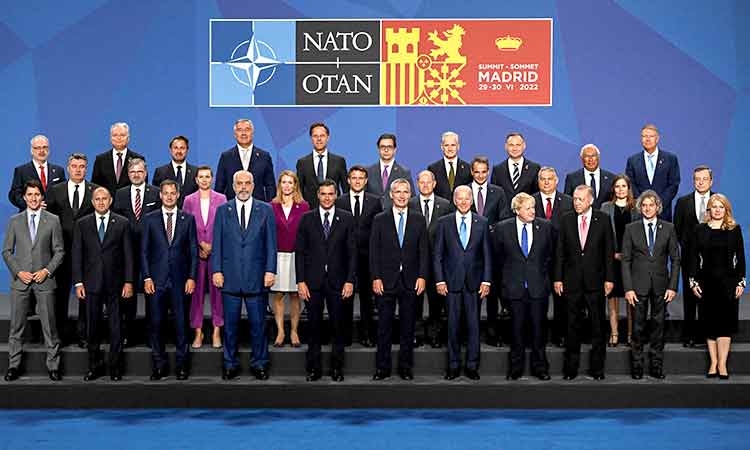