VIDEO: Saudi Police arrest 4 on charges of assault and armed robbery at shops 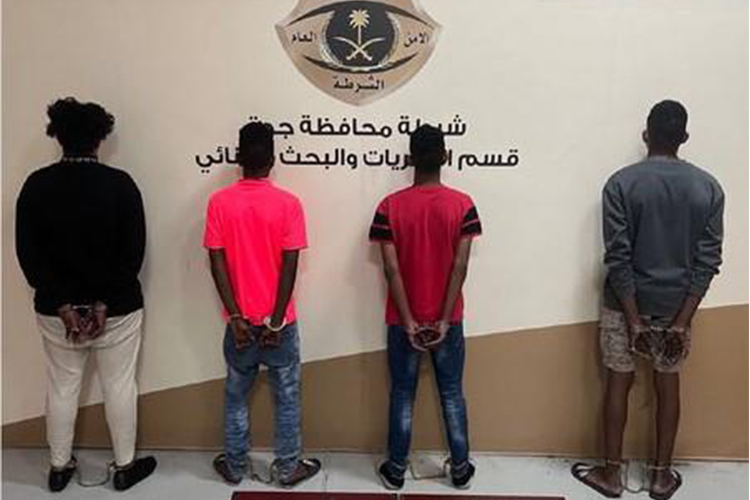 The culprits in police custody.

The Jeddah police in the Makkah region arrested 4 citizens, for their involvement in crimes of assault and armed robbery.

The media spokesman for the Jeddah Police explained that the accused stole a vehicle and used it to carry out robberies in shops, assaulting its employees with knives and looting their money.

The spokesman indicated that the accused were arrested, and legal measures were taken against them, and they were referred to the Public Prosecution.