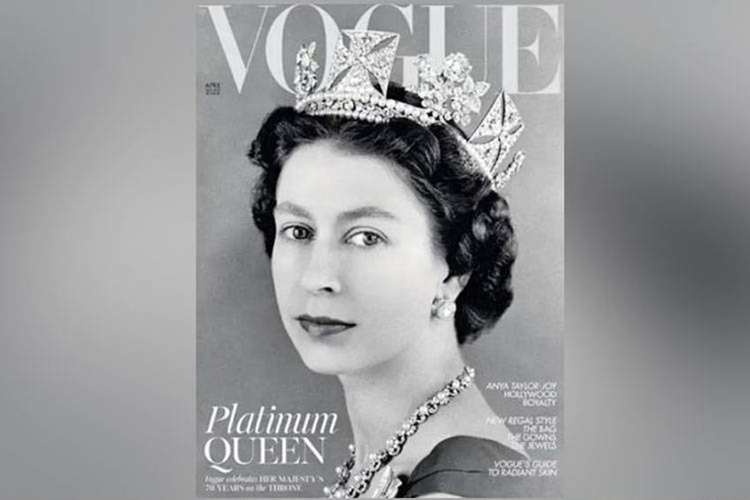 Vogue magazine is scheduled to review the career of Queen Elizabeth at Buckingham Palace.

Vogue magazine announced that Britain's Queen Elizabeth II will be on top the cover of the magazine in its April issue, on the occasion of the 70th anniversary of her accession to the throne.

Queen Elizabeth's appearance on the cover of Vogue will be her first since her accession to the throne, knowing that she appeared previously in 1927, when she was a little girl, sitting on her mother's lap.

The title of the magazine, in which Queen Elizabeth will appear during her youth, wearing the royal crown and necklace, will be "The Platinum Queen."

Vogue magazine is scheduled to review the career of Queen Elizabeth at Buckingham Palace, and her relationship with the ruling family since her accession to the throne of Britain.