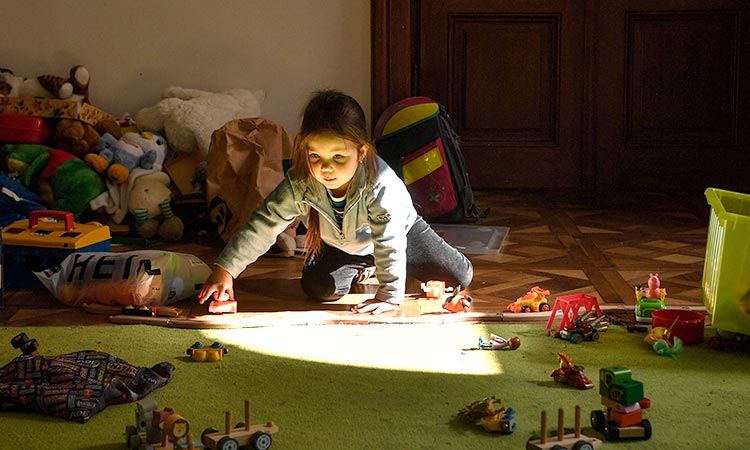 A child plays in the logistic and shelter to refugees in Przemysl, southeastern Poland. AFP

The Ukrainian prosecutor general said on Wednesday 103 children have been killed so far in the war in Ukraine.

Russian forces have struck more than 400 educational establishments and 59 of them have been destroyed, Prosecutor General Iryna Venediktova said on Facebook.

Reuters could not immediately verify the information, according to Reuters. 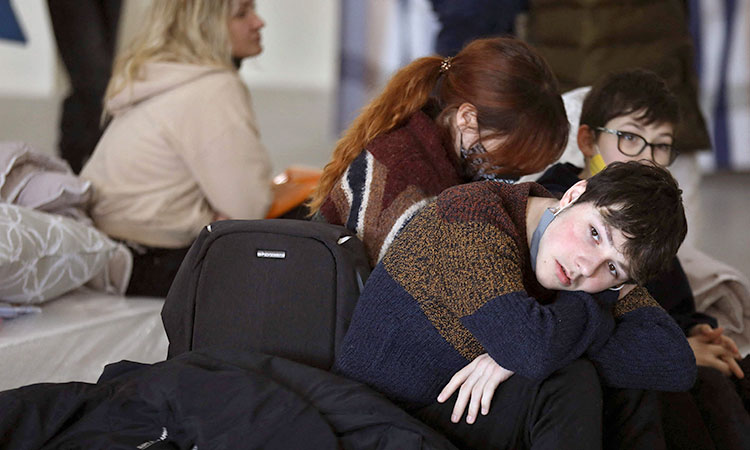 Ukrainian refugees who fled the war in their country wait in the Moldovan capital Chisinau. AFP

They were the latest sanctions imposed on Moscow since Russian forces invaded Ukraine nearly three weeks ago in the biggest assault on a European state since World War Two. Moscow calls the assault a "special operation."

The US State Department announced the sanctions on 11 Russian military leaders, including several deputy ministers of defense and Viktor Zolotov, chief of Russia's national guard and a member of Russian President Vladimir Putin's security council.

The sanctions freeze any US assets those targeted may have and generally bars Americans from dealing with them.