Role of women in society celebrated at Rashid Centre - GulfToday

Role of women in society celebrated at Rashid Centre 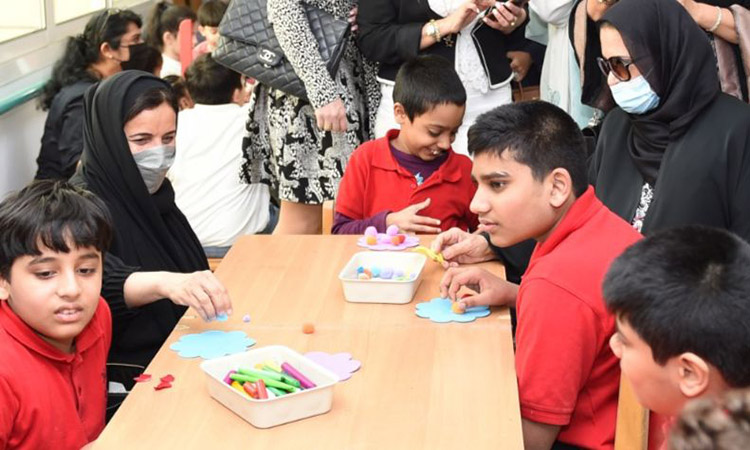 A large number of children of determination along with their families and from different segments of life attended a series of events to mark three prominent celebrations: Women’s Day, Emirati Children’s Day and Mother's Day at the Rashid Center for People of Determination.

The day-long event was graced by Sheikha Lubna Al Qasimi, Dr. Aisha Al-Sayyar, representatives of various charity and humanitarian organisations and officials from humanitarian and charitable institutions and local media.

A social group that mixed women, motherhood and childhood in a distinguished civilised meeting filled with love, brotherhood and family bonding. The event opened with a welcome speech from Maryam Othman, Director General of the Center, in which she welcomed the sheikhs, their excellencies, representatives of official and private bodies and institutions, and mothers of the challenged and honoured children. “Giving is the sage of the Arabs, may God rest his soul, who supported childhood, women and Emirati motherhood in the best way, and in the footsteps of the late Sheikh Zayed, may God have mercy on him. Our dear country went in support of the family until the people of the Emirates won the title of the happiest people with merit, as she said that we must raise my highest congratulations to the mother of humanity and the Mother of the Emirates Her Highness Sheikha Fatima Bint Mubarak, President of the General Women's Union, who supported women, the family, childhood and motherhood in the best way, and achieved the civilised empowerment of the Emirati family.

“Congratulations are extended to the mother of generosity and giving, Her Highness Sheikha Hind Bint Maktoum Bin Juma Al Maktoum, wife of His Highness Sheikh Mohammed Bin Rashid Al Maktoum, President of the Sheikha Latifa Bint Mohammed Bin Rashid Award for Childhood Creativity, which was an umbrella of goodness. To the creative Emirati family, childhood and motherhood, and we say to Her Highness, every year, the Emirati family soars into the spaces of security, prosperity and happiness.”

She also commended the efforts of the mothers of the children of the challenge, the people of determination, during the COVID-19 crisis, for their patience, generosity and deed. After that, Sheikha Lubna Al Qasimi also gave an influential speech in which she emphasised the heritage and authenticity of the Rashid Center for People of Determination and said that it is one of the important centres serving humanity. “Thus, the human history of this centre is recorded in golden letters in the record of pure humanitarian work,” she added.

After that, artistic performances were presented that embodied the sincerity and depth of human feelings for the achievements, projects and programmes of the Rashid Center for People of Determination. All the performances were well received by the audience, who interrupted the paragraphs with loud applause.

On the sidelines of the event, Dr. Aisha Al-Sayyar expressed her thanks and appreciation, and stressed that the United Arab Emirates is keen to give the issues of motherhood, childhood and women the utmost importance and care. 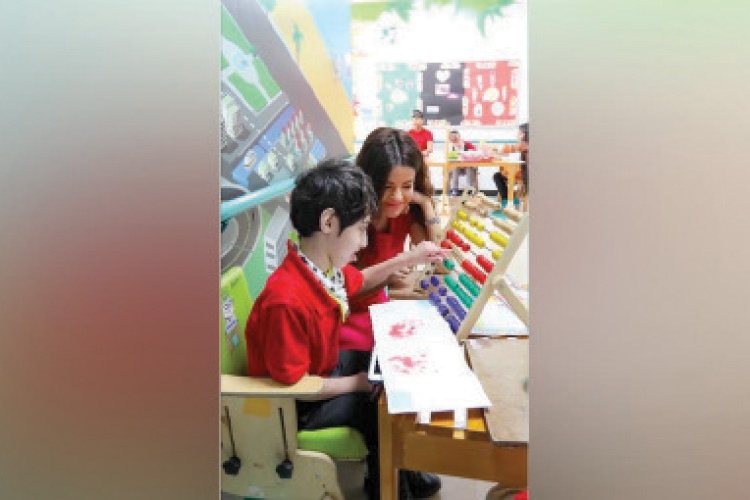 Influencer is ambassador for Rashid Centre

Sarah Abdallah was honoured by Sheikha Lubna Bint Khalid Al Qasimi and Dr Aisha EL Sayyar and the Director of Rashid Centre for People of Determination, Maryam Othman, as the Ambassador for Rashid Centre for People of Determination, during a tripartite love ceremony held by Rashid Centre on the occasion of Women’s Day, the Mother’s Day and the Child Day. It comes in recognition of Sarah’s efforts and visits to the centre several times to draw smile on the children faces.