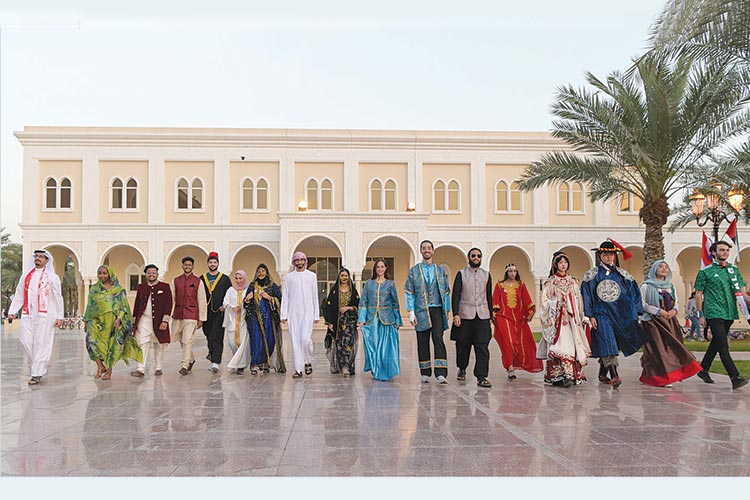 AUS turned out to celebrate its heft as a melting pot of many cultures.

American University of Sharjah’s (AUS) campus was abuzz on March 10, with colours, music and traditional dress as the university community and the public celebrated the opening of AUS Global Day, the university’s most popular annual cultural event.

Held under the patronage of His Highness Dr. Sheikh Sultan Bin Mohammed Al Qasimi, Supreme Council Member, Ruler of Sharjah and President of AUS, the event was inaugurated by Dr. Susan Mumm, Chancellor of AUS.

The two-day festival celebrates the multicultural heritage of approximately 90 nationalities that are represented in the AUS student community, making diversity, tolerance and respect at the very centre of the AUS student experience.

At the entrance to the plaza is the UAE pavilion, which has adopted the “Haq Al Laila” theme, allowing visitors to walk in the footsteps of children as they celebrate the Emirati tradition of knocking on neighbors’ doors asking for sweets and treats before Ramadan. The pavilion also serves the delicious sweet luqaimat with coffee, and offers visitors an opportunity to play traditional Emirati games and to take photos in the fashion corner.

The UAE Cultural Club is also teaming up with other clubs representative of GCC countries to perform a collaborative  dance where the traditional dances of each of the six countries merge together creating a mesmerizing performance.

“Students are really excited about Global Day and we are excited to see people visiting our booth, some enjoying their memories of Haq Al Laila, while introducing this tradition to people who do not know it. Also, this is the first time we have entered into a joint performance with other clubs representing the Gulf. You will see students performing dances from the different Gulf countries. It is really exciting,” said Fares Al Tunaiji, President of the UAE Cultural Club.

Showcasing the beauty and multiculturalism of the Sudanese culture, the Sudanese Cultural Club’s performance presents the distinctive dance and song of the north, south, east and west of Sudan mixed with contemporary afrobeat.

“Sudan is a beautiful country and we wanted to introduce people to its rich and diverse culture, and to its people. Sudan is about the people and how kind and generous they are. We wanted to show that through our big stage performance and through our pavilion,” said Rama Abdelhadi, Media Coordinator of the Sudanese Cultural Club.

Visitors also have the opportunity to enjoy a taste of Palestine during the celebrations.

“We have the biggest stage performance with 66 students participating in six shows of folkloric dabke dance and traditional song. We are very excited about what we are bringing to the crowd. We have been practicing for the last five weeks and we want to make our performance the most memorable of all,” said Mahmoud Hudaib, President of the Palestinian Cultural  Club at AUS.

He added: “This year, the Palestinian pavilion is designed to look like a mini museum with prop artefacts and maps, in addition to a photo booth and a corner to serve some of the most delicious Palestinian traditional cuisine. Global Day is a significant event, and it gives an opportunity to every culture here to express what it is truly about.”

The Indian Cultural Club planned its “big Indian wedding” for its performance this year, captivating the audiences by taking them through the many layers and segments of the nuptial celebration. The Indian pavilion resembles an Indian alley busy with stalls displaying the different aspects of Indian culture, including fabrics and fashion, handicrafts, street food, and engaging activities.

“The diverse cultural backgrounds from which AUS students come makes Global Day a truly special event. Having studied at AUS, I feel I have become more culturally aware and, in the process, I have found that communication is one of the most important skills I learned. This skill is not only important within the classroom or in club collaborations, but also when we go out into the world after graduation,” said Gouthamai Billai, President of the Indian Cultural Club. 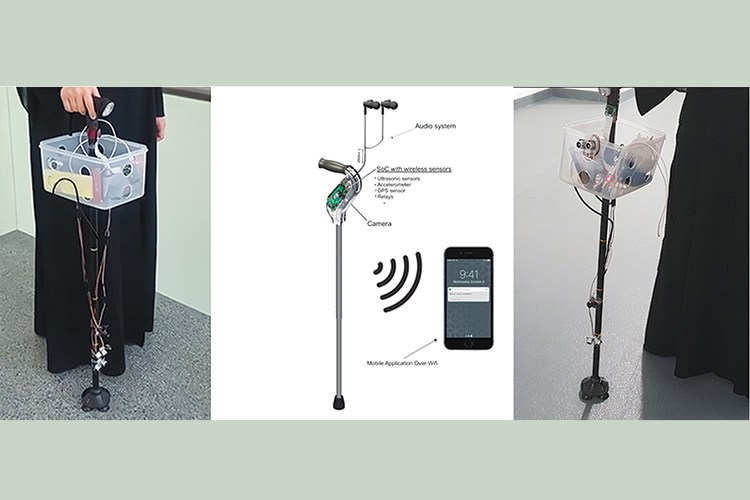 A team of students from the American University of Sharjah has designed an innovative smart cane to assist people with impaired vision as part of their graduation design project. 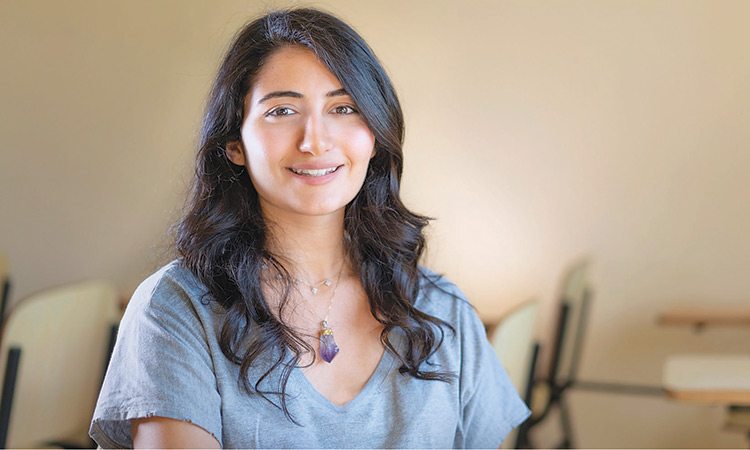 “You do not need to put pen to paper to be a great author. Every one of us here is an author. We are all authors of our own lives, and we have the power to make them great.” 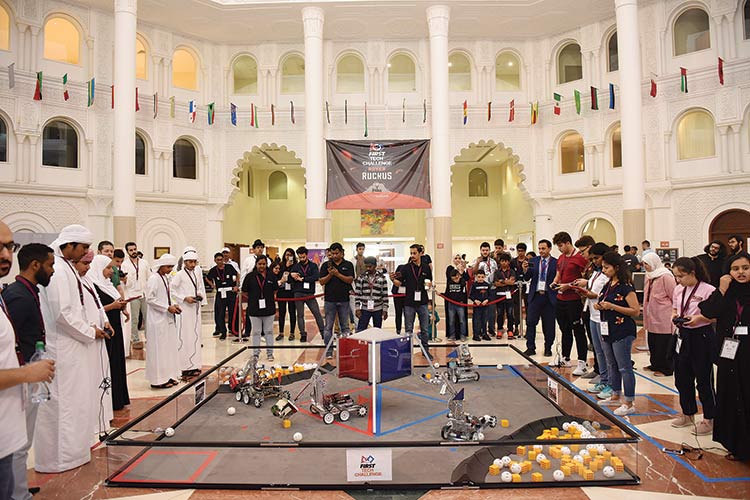 Graduate students from around the world logged in to attend the special Graduate Orientation session held recently by the American University of Sharjah (AUS) to welcome 120 new students to its Masters and PhD programmes. The incoming students come from a wide array of professional, educational and cultural backgrounds.