10 dead in strikes on Severodonestk in eastern Ukraine - GulfToday

10 dead in strikes on Severodonestk in eastern Ukraine 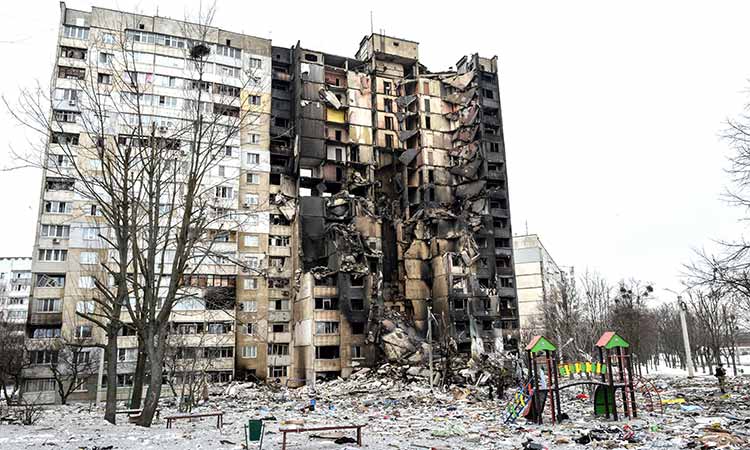 At least 10 people were killed in a Russian military attack in the eastern Ukrainian town of Severodonestk on Tuesday, a local official for the Lugansk region said in a statement on Telegram.

The Russian military "opened fire" on residential homes and other buildings in the town, he said, without immediately specifying whether it was an artillery attack.

The region has seen heavy fighting in recent days. 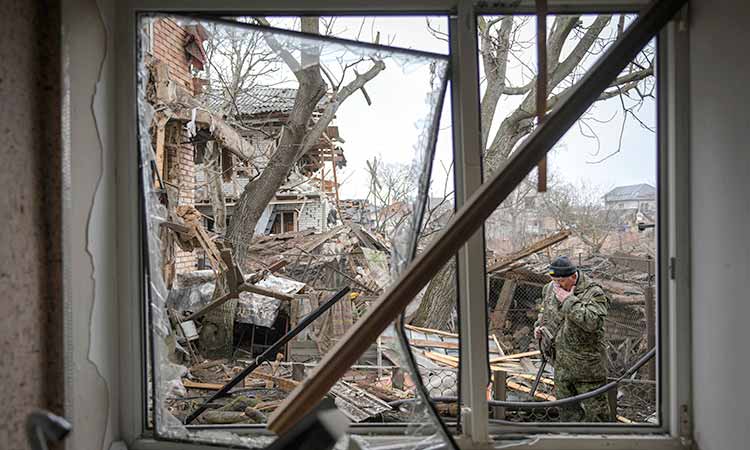 A member of the territorial defence stands in a house that was damaged by Russia in Gorenka. File/AP

Earlier, Ukrainian authorities say that Russian warplanes have carried new strikes on residential areas in eastern and central parts of the country.

The Russian artillery has pounded the outskirts of Kyiv, forcing civilians to hide in shelters while water, food and power supplies have been cut, said Yaroslav Moskalenko, an official who coordinates humanitarian efforts in the Kyiv region.

He said that the shelling made it impossible to evacuate the bodies of five people who died when their vehicle was fired upon in Borodianka near Kyiv and the bodies of 12 patients of a psychiatric hospital there. He said that another 200 patients were stuck there without food and medicines. 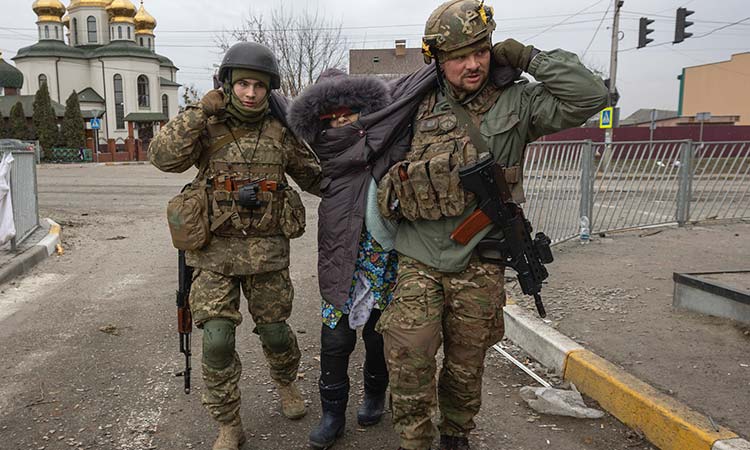 Ukrainian servicemen help an elderly woman in the town of Irpin, Ukraine. AP

Meanwhile, Ukraine’s energy minister said Russian forces that now control a Ukrainian nuclear plant are forcing the exhausted staff to record an address that they plan to use for propaganda purposes.

Russian troops have been in control of the Zaporizhzhia plant, the largest in Europe, since seizing it an attack on Friday that set a building on fire and raised fears of a nuclear disaster. It was later determined that no radiation was released.

Energy Minister Herman Halushchenko said on Facebook that about 500 Russian soldiers and 50 pieces of heavy equipment are inside the station. He said the Ukrainian staff are "physical and emotionally exhausted.”

Russia describes the war as a "special military operation” and says it is conducting targeted attacks. Halushchenko's reference to propaganda appears to refer to Russian efforts to show it is not endangering Ukrainian civilians or infrastructure. 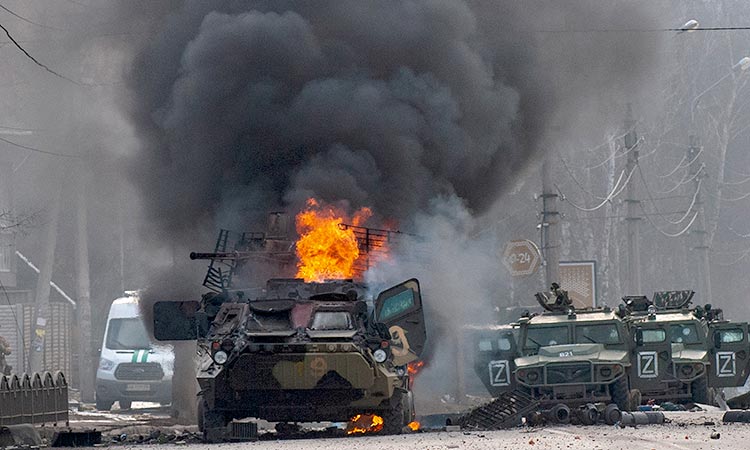 Earlier, Ukrainian President Volodymyr Zelenskyy thanked the leaders of the US and Britain for banning Russian oil imports, according to The Associated Press.

"This is a powerful signal to the whole world,” he said in his daily address to the nation at the close of another day of war. "Either Russia will respect international law and not wage wars, or it will have no money.”

Zelenskyy called for negotiations with Russia on ending the war. "The war must be stopped. We need to sit down at the negotiating table, but for honest, substantive talks.”