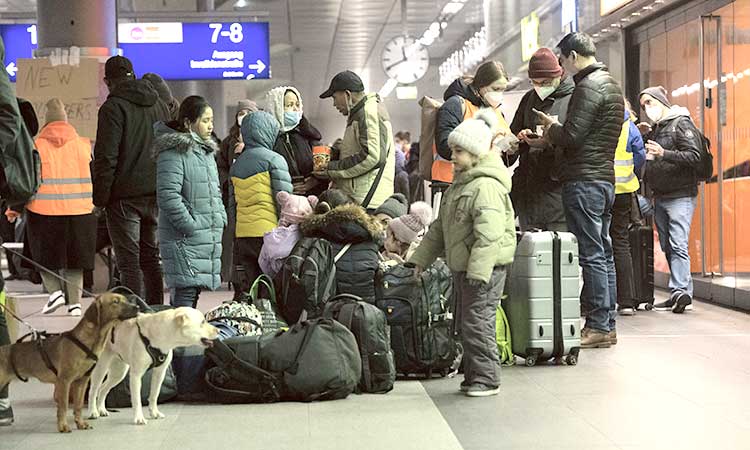 Ukrainians stuck in the Caribbean country had been turfed out of the hotels. Picture used for illustrative purposes only.

Around 3,000 Ukrainian tourists are stranded in the Dominican Republic and running out of cash after the Russian invasion of their country, a consular official said Tuesday, pleading for help.

"The (stranded) Ukrainians currently need help from the Dominican Republic, they need money, they need clothes, they need a lot of things," Ukrainian honorary consul Ilona Oleksandrivna said during a press conference in Santo Domingo.

She said that 1,200 out of the 3,000 Ukrainians stuck in the Caribbean country had been turfed out of the hotels where they had been vacationing because they had no money to extend their stay.

Hotels in the Dominican Republic, a country renowned for its beautiful beaches, welcomed five million guests in 2021.

"Right now we have tourists on the street... Hotels have kicked them out because they can't afford to pay," she said.

Frequently breaking down in tears, the consul begged for a meeting with Dominican President Luis Abinader.

Carlos Mesa, an immigration adviser to the consulate, said that in many cases, the tourists' travel insurance does not cover the eventuality of war.

In retaliation for the Russian invasion, the 27 countries of the European Union have closed their airspace to Russian airlines.

Russia in turn closed — except in cases of "special permission" — its own airspace to carriers from 36 European countries and Canada.

Dominican Tourism Minister David Collado said he would hold a meeting with the private sector and tried to reassure the stranded tourists that they could "rest easy. The Dominican state will react responsibly and with human sensitivity."

The association of Dominican tourist carriers (Adotratur), said in a press release that it will offer free transfers between hotels or to the airport to Ukrainian and Russian travelers affected by the war.

In 2021, 85,912 Ukrainian holidaymakers visited the country, according to Central Bank data.

EU ministers to study call for ban on Russian tourists

In February, the European Union restricted visas in certain categories for Russians linked to the Kremlin, including for officials, diplomatic passport holders and company bosses. But tourist visas were still permitted.