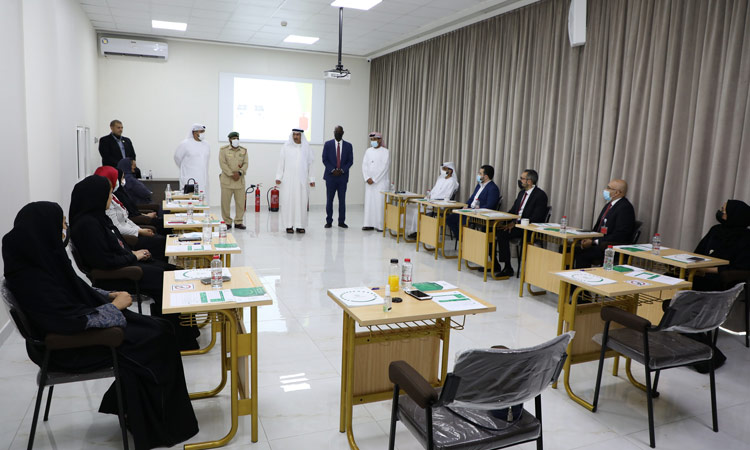 The initiative is first-of-its-kind on the national level.

The Dubai Police Academy (DPA) has officially launched its 'Initiative of the 50th', which aims to train employees of 50 government and semi-government bodies on occupational safety and security. Launched under the slogan, 'Safety and Security is Everyone's Responsibility, the initiative is first-of-its-kind on the national level and is in cooperation with DPA's strategic partners: Shield Security Services (UK) and Safer Fire Safety Consultancy.

Major General Dr Muhammad Ahmed bin Fahd, Assistant Commander-in-Chief for Academic Affairs and Training in Dubai Police, inaugurated the initiative which was launched by the International Centre for Security & Safety at Dubai Police Academy, in the presence of Major Mohammad Khamis Al Marri, Head of the International Training Department at the Centre, and a number of trainers and executives from all stockholders.

Maj. Gen. Bin Fahd stressed that the initiative embodies the vision of His Highness Sheikh Mohammed Bin Rashid Al Maktoum, Vice President, Prime Minister and Ruler of Dubai, to ensure Dubai is always the first in terms of safety and security, speed of growth, and confidence in capabilities in finance, trade, investments and industries. Maj. Gen.Bin Fahd further noted that the initiative is launched per the directives of Lieutenant General Abdullah Khalifa Al Marri, Commander-in-Chief of Dubai Police, to achieve the strategic goal of qualifying individuals towards a safer society and implementing best international standards and training practices in this regard.

He added that the initiative ensures Dubai is the safest city and contributes to the tremendous efforts made by the force in cooperation with strategic partners. Major Mohammad Khamis Al Marri said the initiative aims to qualify and raise the efficiency of employees at the level of the Emirate of Dubai.

Maj. Al Marri explained that the first phase of the initiative targeted employees of the Government of Dubai Legal Affairs Department with courses in the areas of occupational safety and security, such as first aid in the workplace, response and assistance, and how to properly deal with people of determination, in addition to courses in the field of fire safety, firefighting methods and types of fire extinguishers.

The Ajman Civil Defense stated that the rate of car fire accidents in the summer has increased in recent years, and that it results in human and material losses.