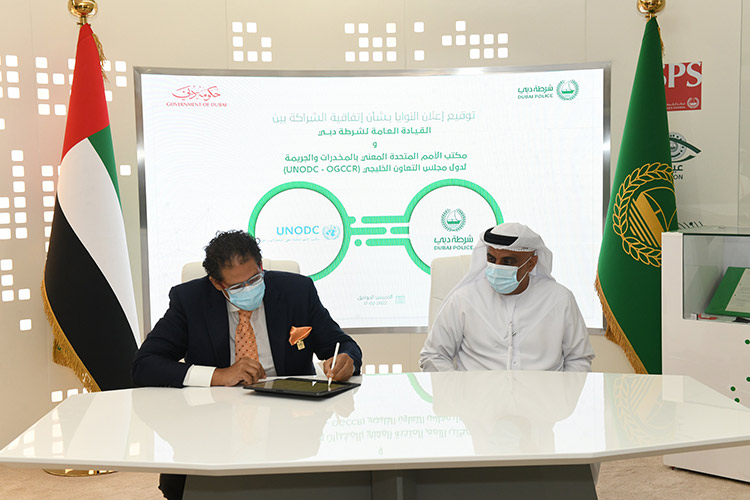 
The Dubai Police General Command and the Gulf Cooperation Council (GCC) Office of the United Nations Office on Drugs and Crime (UNODC) have recently signed a partnership agreement to develop an international diploma specialised in combating money laundering and terrorist financing per the United Nations standards and mechanisms in this regard.

The Agreement was signed in the Fazaa pavilion at Expo 2020 by Expert Major General Khalil Ibrahim Al Mansouri, Assistant Commander-in-Chief for Criminal Investigation Affairs at Dubai Police, and Judge Dr Hatem Ali, the regional director of the United Nation Office on Drugs and Crime (UNODC) in the Gulf Cooperation Council Countries (GCC).

Expert Colonel Dr Juma'a Ali Al Rahoumi, Director of the Anti-Money Laundering Department in the General Department of Criminal Investigation, said the Diploma was developed by Dubai Police experts and under the supervision of the United Nations Office on Drugs and Crime to qualify specialised experts in combating money laundering in accordance with best practices, taking into account the methodology of the Financial Action Task Force (FATF), the strategy of the General Secretariat of the United Nations Convention against Transnational Organized Crime, and all related international conventions.

Colonel Al Rahoumi explained that the Diploma consists of 19 scientific subjects that focus mainly on proving the crime of money laundering and efficiently tracking illegal assets and criminal proceeds per the FATF standards on inferences investigations and tracking money transfers across financial institutions. He added that the Diploma features real cases and draws upon practical experiences of joint international operations.

Al Rahoumi further pointed out that the Diploma targets the personnel of 21 entities at the federal and local levels, all of which are linked to the UAE Executive Office for Combating Money Laundering and Terrorist Financing.

Expert Major General Khalil Ibrahim Al Mansouri stressed that the Agreement fulfils the vision of our wise leadership and the strategic directions of the state to tackle crime and ensure the safety and security of all communities. He added that the Agreement is also per the directives of Lieutenant-General Abdullah Khalifa Al Marri, Commander-in-Chief of Dubai Police, to consolidate bonds of joint coordination with the Gulf Cooperation Council (GCC) Office of the United Nations Office on Drugs and Crime (UNODC).

Al Mansouri appreciated the scientific and technical support provided by the UNODC over the years of partnership and cooperation with the Dubai Police in combating drugs and human trafficking crimes. He further explained that their distinguished partnership with the Office has contributed to qualifying hundreds of national cadres specialising in security and police work.

Judge Hatem Ali praised the sincere and tireless efforts of Dubai Police, led by Lieutenant-General Abdullah Khalifa Al Marri, Commander-in-Chief of Dubai Police, in combating and preventing organized crime at the national, regional and international levels in accordance with the international standards and conventions of the United Nations.

"The signing of the Agreement on the Anti-Money Laundering and Terrorist Financing Diploma, in partnership with the United Nations Office on Drugs and Crime and the General Department of Criminal Investigation at Dubai Police, is an extension of our long-term strategic partnership which has seen similar initiatives such as the anti-narcotics and anti-human trafficking diplomas that  are annually implemented in partnership with Dubai Police and are now available to criminal justice practitioners from outside the United Arab Emirates," he said.

Judge Ali further explained that the Agreement supports the continuous national efforts undertaken by the National Anti-Money Laundering Committee and its subcommittees to enhance the effectiveness of the anti-money laundering and anti-terrorist financing system and to develop the capabilities of those involved in the process.

"We will follow the same approach in applying the diploma on combating money laundering and terrorist financing, which we launch at the national level, and in the coming years, it will become available to other countries at the regional and international levels," "We hope that this Diploma will be the main driver of an integrated professional development programme on combating money laundering and terrorist financing," he said.

Judge Ali noted that a training course for trainers of combating money laundering and terrorist financing would be held during the next week as an integral part of the basic strategy of the partnership between their office and the countries of the Gulf Cooperation Council to enhance training capabilities in accordance with the procedures adopted by the United Nations.

He explained that the Agreement is part of the Dubai Police's effort in combating and preventing such crimes and contributing to efficiently and effectively maintaining the financial system in the country through developing mechanisms against money laundering and terrorism financing.

"The Agreement, which is in line with the strategic objectives of Dubai Police, enhances the Force's international joint efforts in tackling such a transnational organised crime," Brigadier Al Jallaf said. 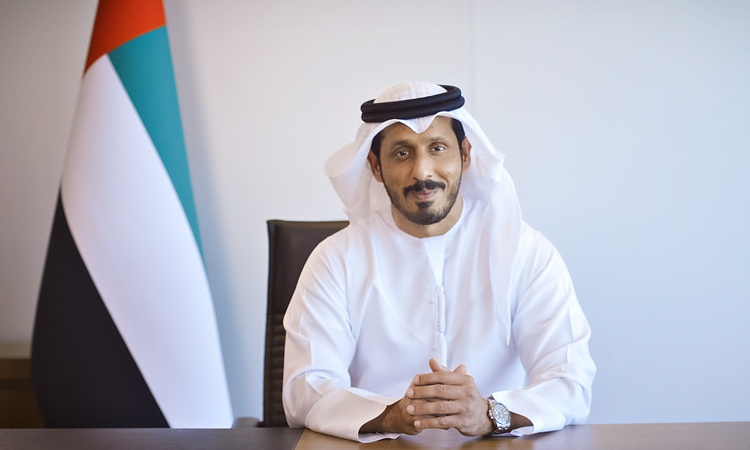 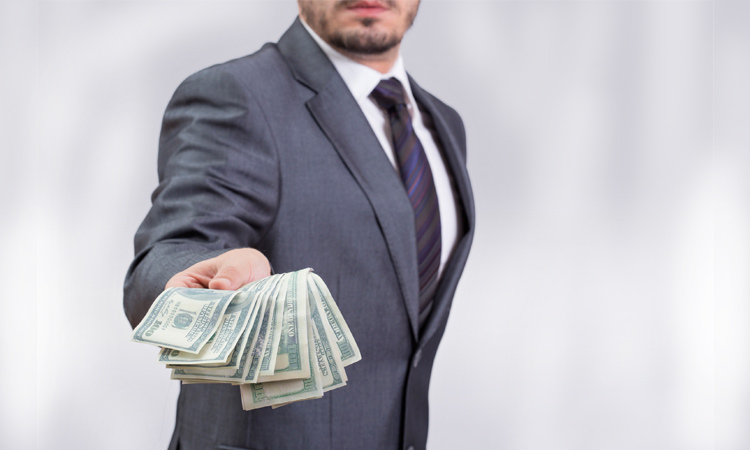