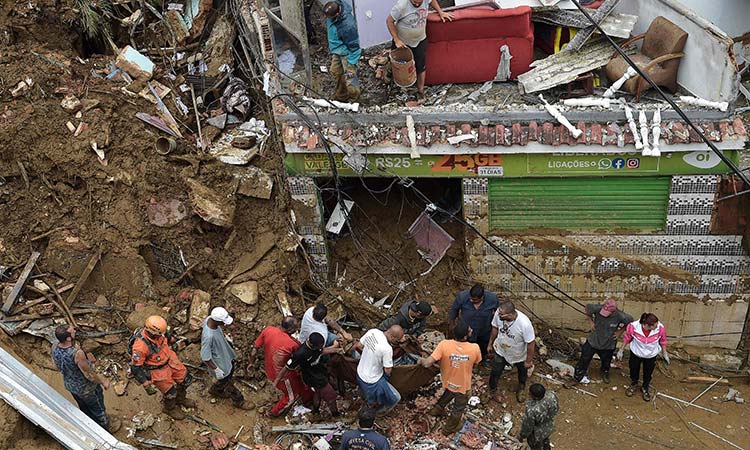 People carry the corpse of a victim out of the rubble after a mudslide in Petropolis, Brazil on Wednesday. AFP

Rescue workers raced against the clock searching for any remaining survivors among mud and wreckage after devastating flash floods and landslides hit the picturesque Brazilian city of Petropolis, killing at least 105 people, authorities said late on Wednesday.

Earlier, Rio de Janeiro state’s government has confirmed 94 deaths from floods and mudslides that swept away homes and cars in the city of Petropolis. But even as families prepared to bury their dead, it was unclear on Thursday how many bodies remained trapped in the mud.

China may take advantage of Ukraine crisis: US general

Streets were turned into torrential rivers and houses swept away on Tuesday when heavy storms dumped a month's worth of rain in three hours on the scenic tourist town in the hills north of Rio de Janeiro.

With 35 people still reported missing, fears that the death toll could climb further sent firefighters and volunteers scrambling through the remains of houses washed away in torrents of mud, many of them in impoverished hillside slums. 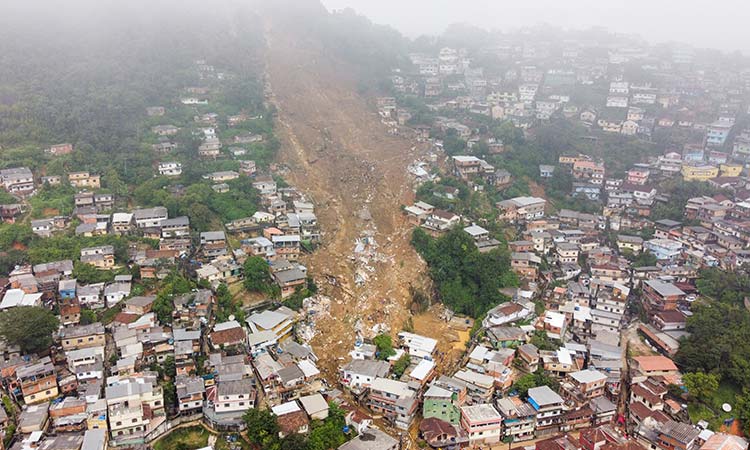 An overview of a site of a mudslide at Morro da Oficina after pouring rains in Petropolis, Brazil. Reuters

Rubens Bomtempo, mayor of the German-influenced city nestled in the mountains, didn’t even offer an estimate for the number of people missing, with recovery efforts still ongoing.

"We don’t yet know the full scale of this,” Bomtempo said at a news conference Wednesday. "It was a hard day, a difficult day.”

More than 24 hours after the deadly deluge early Tuesday, survivors were digging to find lost loved ones. Rio de Janeiro’s public prosecutors’ office said in a statement Wednesday night that it had compiled a list of 35 people yet to be located.

Rainfall on Tuesday exceeded the average for the entire month of February. 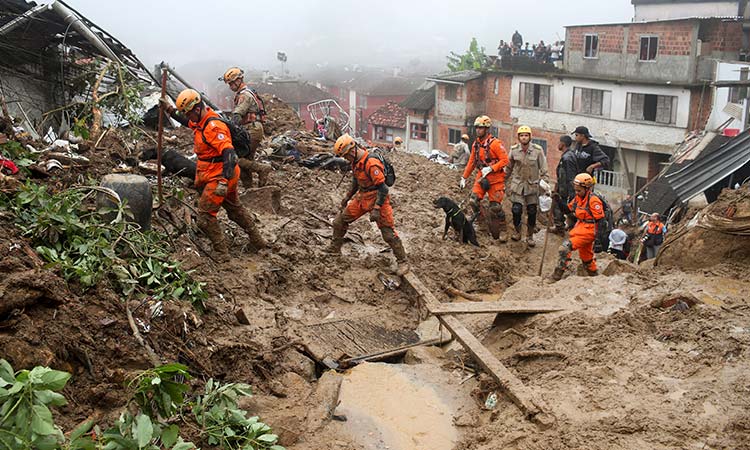 Rescue workers walk at a site of a mudslide at Morro da Oficina after pouring rains in Petropolis, Brazil. Reuters

Since December, heavy rains have triggered deadly floods and landslides in northeast Brazil and Sao Paulo state, threatened to delay harvests in the nation's central western region and briefly forced the suspension of mining operations in the state of Minas Gerais.

Footage posted on social media showed torrents dragging cars and houses through the streets and water swirling through the city. One video showed two buses sinking into a swollen river as its passengers clambered out the windows, scrambling for safety. Some didn’t make it to the banks and were washed away, out of sight.

On Wednesday morning, houses were left buried beneath mud while appliances and cars were in piles on the streets.

Petropolis, named for a former Brazilian emperor, has been a refuge for people escaping the summer heat and tourists keen to explore the so-called "Imperial City.” 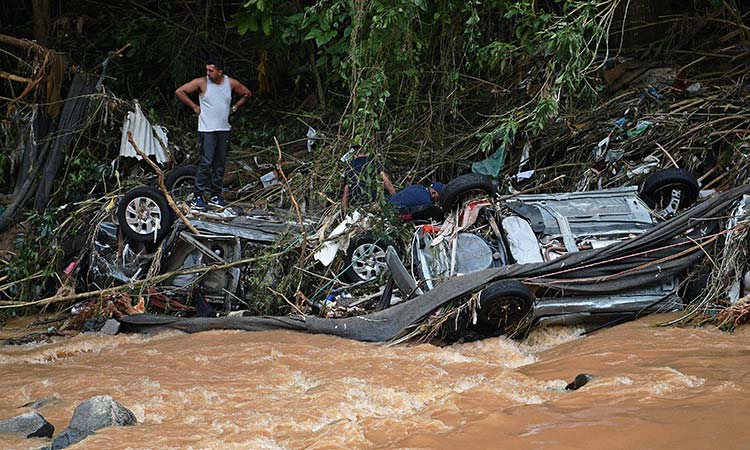 People try to rescue items from cars destroyed by a flash flood in Petropolis, Brazil. AFP

Its prosperity has also drawn poorer residents from Rio’s poorer regions. Its population grew haphazardly, climbing mountainsides now covered with small residences packed tightly together. Many are in areas unfit for structures and made more vulnerable by deforestation and inadequate drainage.

The state fire department said 25.8 centimeters (just over 10 inches) of rain fell within three hours on Tuesday -- almost as much as during the previous 30 days combined. Rio de Janeiro’s Gov. Claudio Castro said in a press conference that the rains were the worst Petropolis has received since 1932.

"No one could predict rain as hard as this,” Castro said. More rain is expected through the rest of the week, according to weather forecasters. 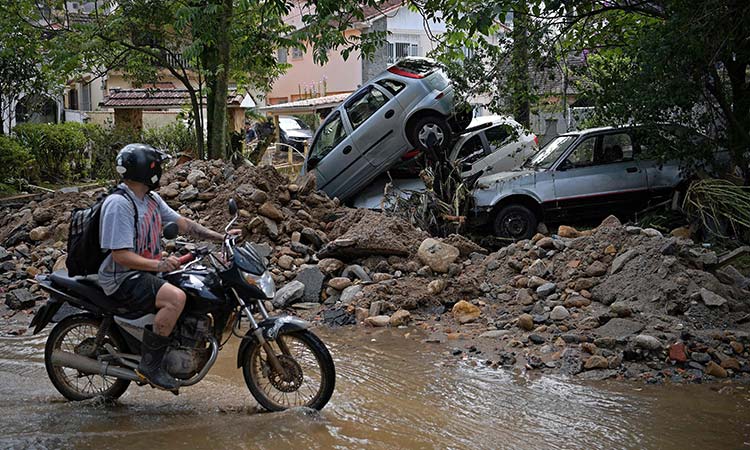 A man rides his motorcycle past cars destroyed by a flash flood in Petropolis, Brazil on Wednesday. AFP

Castro added that almost 400 people were left homeless and 24 people were recovered alive.

They were fortunate, and they were few.

"I could only hear my brother yelling, ‘Help! Help! My God!‘” resident Rosilene Virginia told The Associated Press as a man comforted her. "It’s very sad to see people asking for help and having no way of helping, no way of doing anything. It’s desperate, a feeling of loss so great.”

The stricken mountain region has seen similar catastrophes in recent decades, including one that caused more than 900 deaths. In the years since, Petropolis presented a plan to reduce risks of landslides, but works have been advancing only slowly. The plan, presented in 2017, was based on analysis determining that 18% of the city’s territory was at high risk for landslides and flooding.

Local authorities say more than 180 residents who live in at-risk areas are sheltering in schools. More equipment and manpower is expected to help rescue efforts on Thursday.

Brazil’s President Jair Bolsonaro expressed solidarity while on a trip to Russia. Petropolis’ city hall declared three days of mourning for the tragedy.

Southeastern Brazil has been punished with heavy rains since the start of the year, with more than 40 deaths recorded between incidents in Minas Gerais state in early January and Sao Paulo state later the same month.