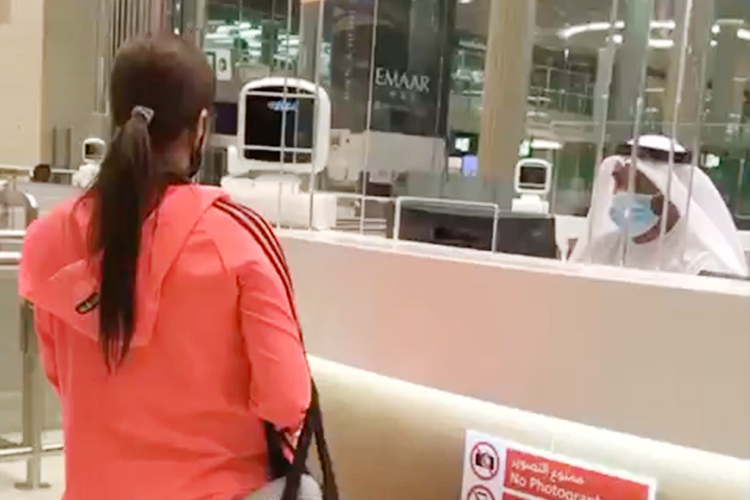 Dubai Criminal Court sentenced a 31-year-old African woman to 6 months in jail for attempting to travel to her home country with a forged travel document belonging to another girl. She will be deported after serving her jail term.

Details of the case date back to October 2021, when a passport officer at Dubai International Airport discovered that an African girl was attempting to leave the country with a forged document.

During interrogations, the officer said the girl presented an African travel document and an exit permit issued by the Federal Authority for Identity and Citizenship to travel to her home country.

However, upon checking the details in the system, it was found that the picture on the system differed from that on the travel document, so she was arrested and was handed over to the police.

On being questioned, she confessed that she had lost her passport and had resided in the UAE illegally because of which she incurred huge fines, which she could not pay.

She further added that an anonymous person helped her obtain a passport copy of another African girl whom she impersonated.

3 jailed in Dubai for seizing a vehicle, forging its documents and exporting it

The Dubai Criminal Court sentenced a gang of three Asians, one of whom is a fugitive, to one year in jail each, after they were convicted of forging official electronic documents, breach of trust, seizing a vehicle and exporting it to an Arab country with the forged documents.

The victim testified that he was hunting for jobs for his younger brother and had met the defendant at one of Dubai’s companies. The defendant manipulated the victim into thinking he can issue a work visa for his brother for Dhs6,500.