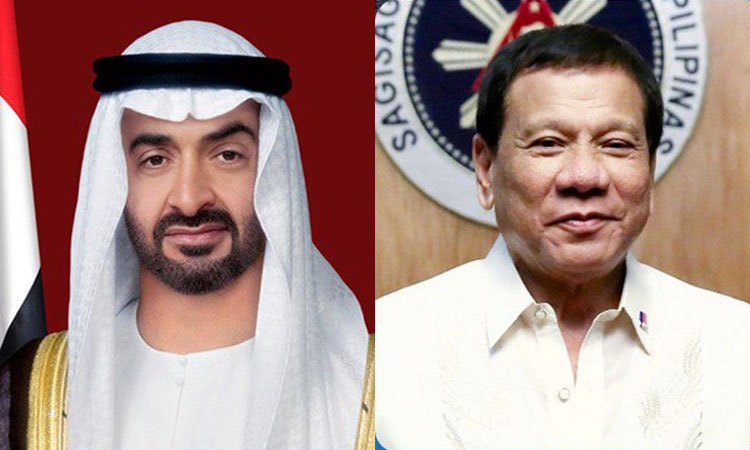 His Highness Sheikh Mohamed Bin Zayed Al Nahyan, Crown Prince of Abu Dhabi and Deputy Supreme Commander of the UAE Armed Forces, has received a message from President Rodrigo Duterte of the Republic of the Philippines, dealing with ways of consolidating bilateral relations. 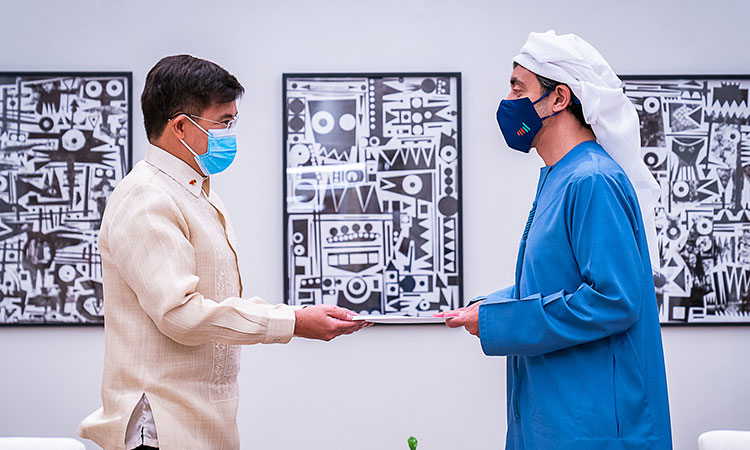 The two sides discussed the relations of joint cooperation between the UAE and the Southeast Asian country, in addition to a number of issues of common interest.

They also reviewed the participation of the friendly Republic of the Philippines at Expo 2020 Dubai and the role of this prominent global event in enhancing joint cooperation between the two countries in a number of important fields such as industry and trade.

Sheikh Abdullah welcomed the visit of Borje, highlighting the distinguished bilateral relations and the keenness of both countries to strengthen them and develop cooperation in various fields in order to realise the mutual interests of the two countries and bring good to their peoples. 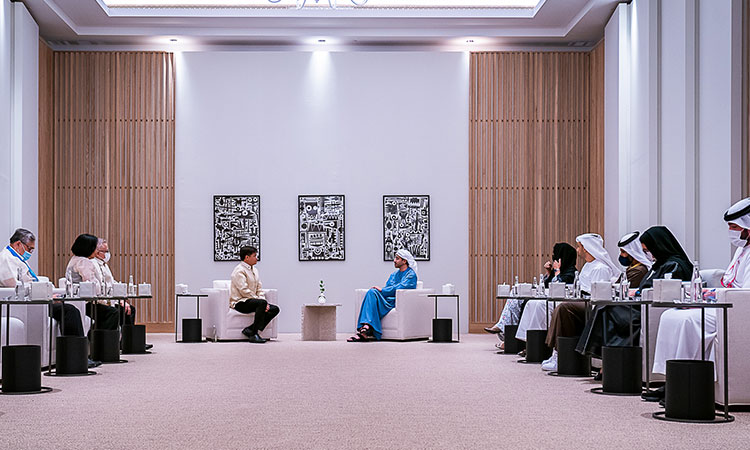 For his part, The Philippines's presidential envoy praised the impressive organisation of Expo 2020 Dubai, which draws wide participation of about 192 countries, and contributes to providing an important global platform to create promising opportunities for cooperation and partnership between countries. He also added that his country participates for the first time with a national pavilion in the World Expo events since the beginning of its participation decades ago.

He also expressed his country's aspiration to elevate joint cooperation with the UAE in all fields, praising the leading position that the UAE enjoys at the regional and global levels.