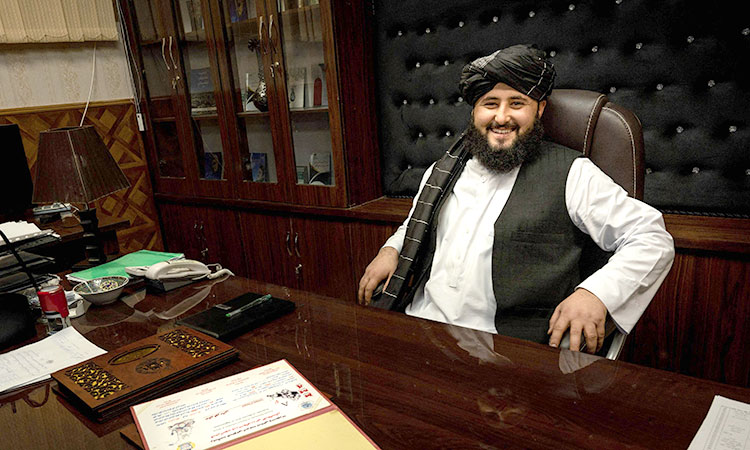 Strolling through the town of Maymana, the new mayor appears to inspire goodwill from war-weary constituents in the Afghan provincial capital.

But Damullah Mohibullah Mowaffaq has a reputation as one of the top snipers in the ranks of the Taliban, until last summer waging war to take control of the country.

Mowaffaq was made mayor of Maymana, capital of Faryab province in the far reaches of northwest Afghanistan, in November, three months after the Taliban ousted the Western-backed government and seized power.

He rose to prominence as a fighter, but now his schedule is packed with the daily tasks of local government — unblocking sewers, planning roads, and smoothing over neighbourhood quarrels.

His switch reflects the broader transformation that the Taliban are undergoing, as the insurgents grapple with administering territory. 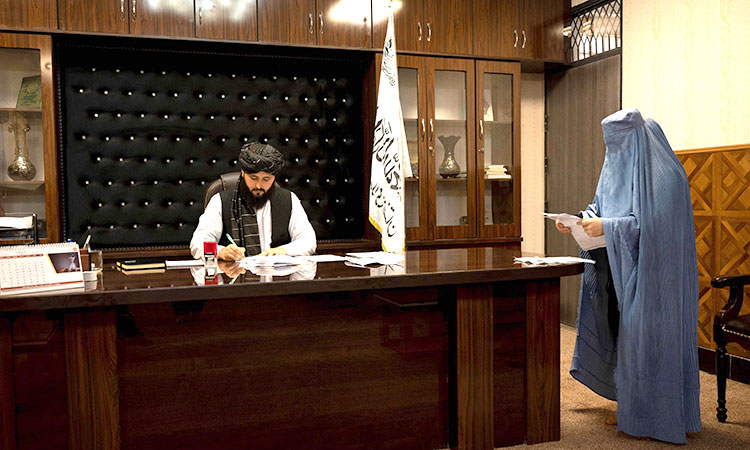 A burqa-clad woman waits to receive a signature of mayor Damullah Mohibullah Mowaffaq in Maymana. AFP

"When I was fighting my objectives were very specific: to end the foreign occupation, discrimination and injustice," the 25-year-old told the media.

"Now my goals are also clear: to fight corruption and make the country prosper."

On walkabout through the streets of Maymana, the new mayor talks with municipal workers clearing roadside gutters.

Residents of the city of 100,000 approach with complaints and suggestions, which are dutifully added to an ever-growing to-do list.

"The new mayor is young, well-educated and, very importantly, from the city," says his non-Taliban deputy, Sayed Ahmad Shah Gheyasi. 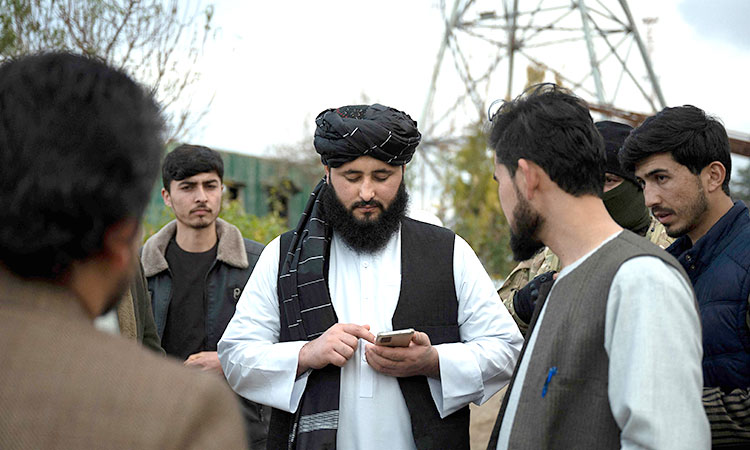 "He knows how to deal with people."

Unlike the poor, madrassa-educated rural men who make up the Taliban rank and file, Mowaffaq comes from a family of wealthy traders and grew up in Maymana, where he excelled at school and in sport.

Memorabilia from his youth decorates his office including a certificate from a martial arts competition as well as his high school diploma.

After joining the insurgency at 19, he was promoted to command a small unit deployed in Faryab province.

Others describe him as one of the Taliban's most talented snipers, although he appears reluctant to be drawn into telling war stories.

But on walkabout with AFP he pauses in front of a house blemished with munition marks near the village of Doraye Khoija Qoshre, where his unit once held sway.

Here he used to hide himself away, scoping American troops with his rifle and honing a reputation as a crack shot. 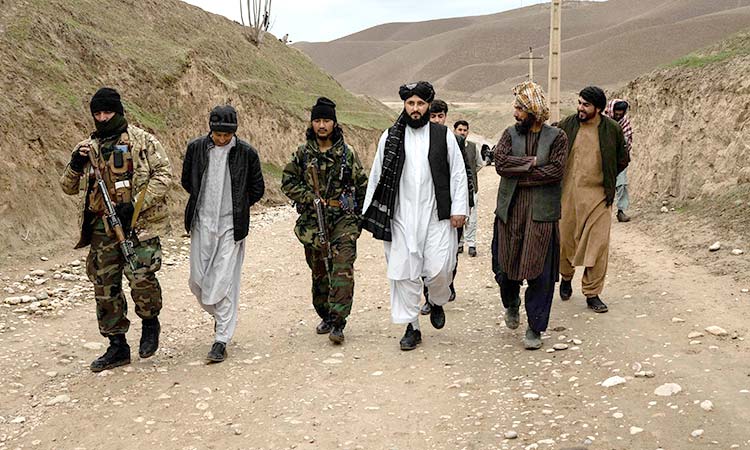 "He killed an American with his rifle from this house, then a plane came and bombed him," said Saifaddin, a local farmer, who like many in Afghanistan goes by one name.

Although it cannot be confirmed Mowaffaq was responsible, in mid-2019 the United States announced a member of their special forces had been killed in fighting in Faryab.

A year earlier, the Afghan Analysts Network said Maymana was "practically under siege" owing to "an astonishingly widespread Taliban presence".

Mowaffaq witnessed several comrades killed in fighting but remains evasive about the horrors he both inflicted and suffered.

"I have had many ups and downs," he says.

The United Nations and rights groups have accused the Taliban of gross human rights abuses since they seized power in August.

The deaths of more than 100 members of the former government or security forces have been blamed on the country's new rulers, while women activists have been detained and journalists beaten for covering their protests. 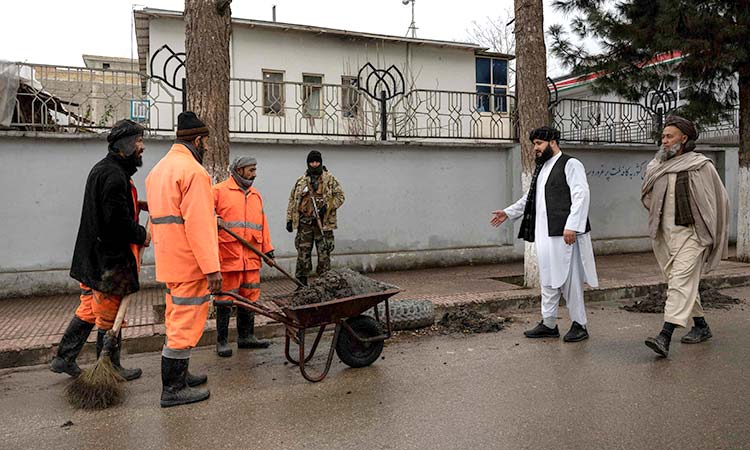 The Taliban ideal of a thick beard and black turban may frame Mowaffaq's face, but in many ways he is an unconventional totem of their austere ideology.

Nationwide the Islamists have effectively evicted women from the public sphere, shutting older girls out of education and largely barring the opposite sex from the workplace.

But in Mowaffaq's office, female employees have been allowed to keep working, and a public garden in the city is reserved for them.

Under the first Taliban regime from 1996 to 2001 the all-covering burqa was mandatory for women.

This time religious police have stopped short of making the same diktat -- although they have issued orders for women in the capital to cover their faces.

In the Maymana mayor's office, "nobody tells us how to dress," said Qahera, his 26-year-old female director of human resources, who wears a hijab in line with current dress requirements.

The Taliban's lightning takeover of Afghanistan took even the movement's members by surprise.

Their efforts to run the country are hamstrung by sheer inexperience, brain drain, a humanitarian crisis, and pressure from Western powers which have frozen assets.