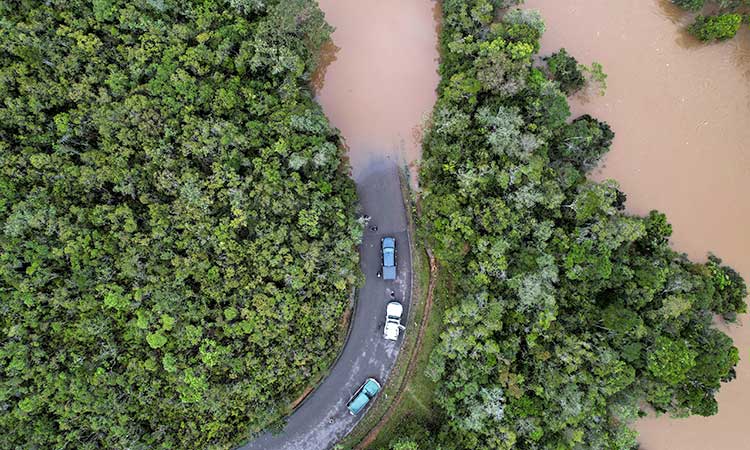 Cars stop before a flooded area, after Cyclone Batsirai made landfall, on a road in Vohiparara, Madagascar. Reuters

One of the worst-hit towns was Nosy Varika on the east coast where almost 95 per cent of buildings were destroyed "as if we had just been bombed" and floods cut access, an official said.

US airborne infantry troops arrive in Poland amid tensions

The cyclone later weakened but not before wreaking havoc in the poor Indian Ocean island nation which is still reeling from a deadly tropical storm earlier this year. 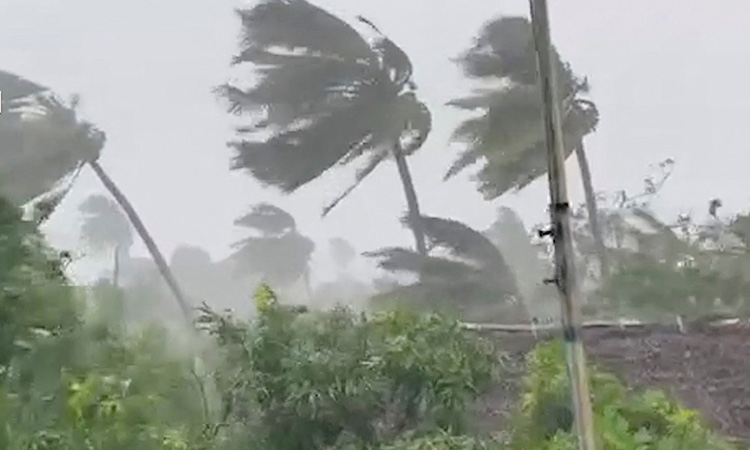 Parts of the country were lashed with heavy rains and wind before the cyclone made landfall in Mananjary.

The rain will cause flooding across parts of the country, Madagascar's meteorological office said on Sunday.

Cyclone Batsirai swept inland late on Saturday, slamming into the eastern coastline with heavy rain and wind speeds of 165 kph (100 mph). It was projected it could displace as many as 150,000 people. 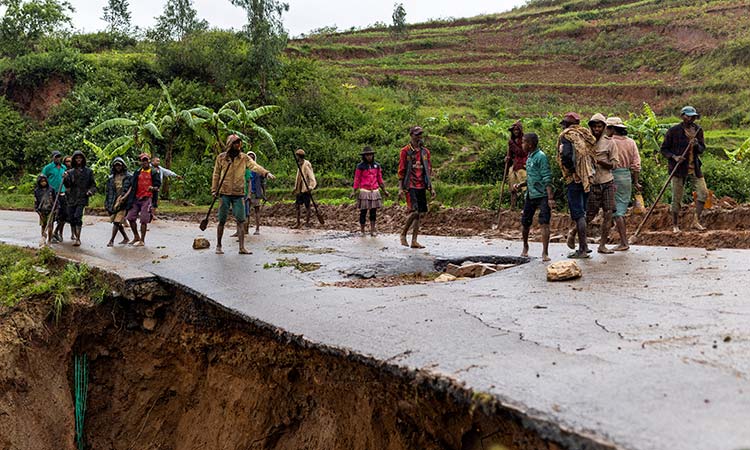 The damage from the storm compounded the destruction wreaked by Cyclone Ana, which hit the island, with a population of nearly 30,000,000, two weeks ago, killing 55 people and displacing 130,000 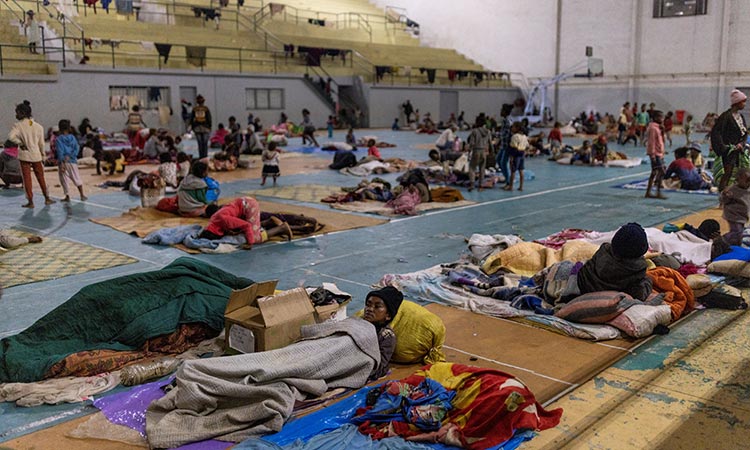 However the national meteorological office — which had warned of "significant and widespread damage" — said on Sunday that Batsirai had weakened.

The cyclone's average wind speed had almost halved to 80 kph, while the strongest gusts had scaled back to 110 kmh from the 235 kmh recorded when it made landfall, Meteo Madagascar said.

Some 10,000 people on La Reunion were still without electricity on Sunday, three days after the tropical cyclone passed through the island, injuring 12 people on its path.

Ana affected at least 131,000 people across Madagascar in late January, with nearly 60 people killed, mostly in the capital Antananarivo. 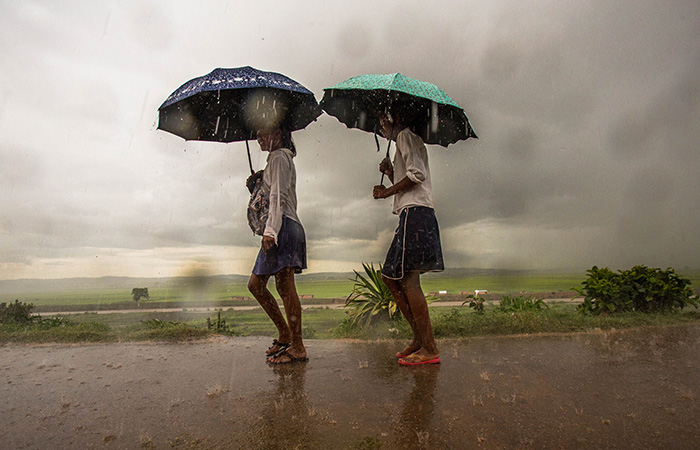