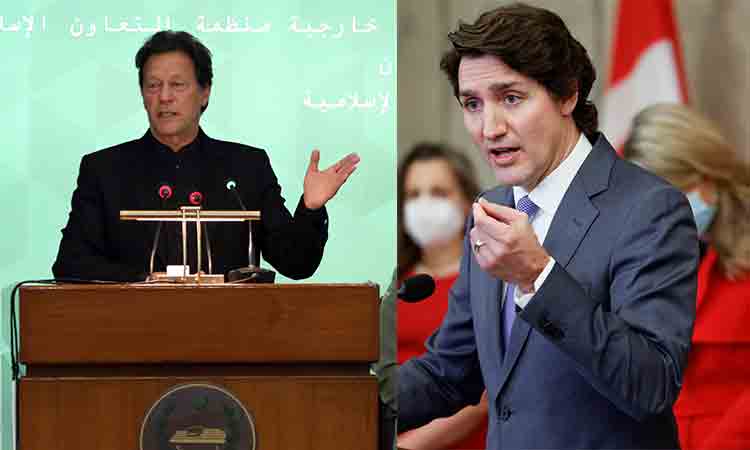 Pakistan PM also appreciates Trudeau’s plans to appoint a special representative to cope with this contemporary scourge in Canada.

On his twitter handle, the prime minister also appreciated Trudeau’s plans to appoint a special representative to cope with this contemporary scourge.

He also stressed upon international efforts and co-operation to end the growing menace of Islamophobia. 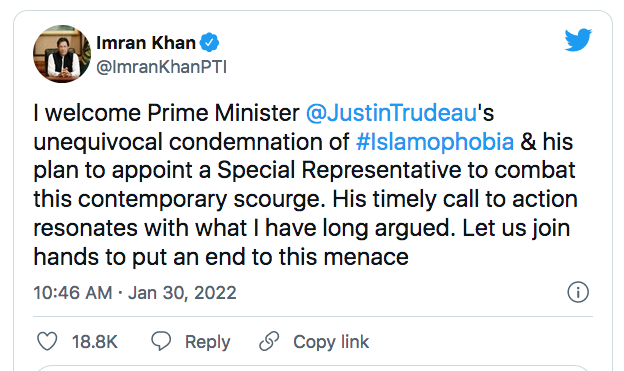 "I welcome Prime Minister Justin Trudeau’s unequivocal condemnation of #Islamophobia & his plan to appoint a Special Representative to combat this contemporary scourge. His timely call to action resonates with what I have long argued. Let us join hands to put an end to this menace,” Imran tweeted.

The Canadian prime minister in a tweet had termed Islamophobia as unacceptable. "Full stop. We need to put an end to this hate and make our communities safer for Muslim Canadians,” he added.

According to a statement of the Government of Canada, tagged by Trudeau, Islamophobia and hate, in any form, had no place in Canada. 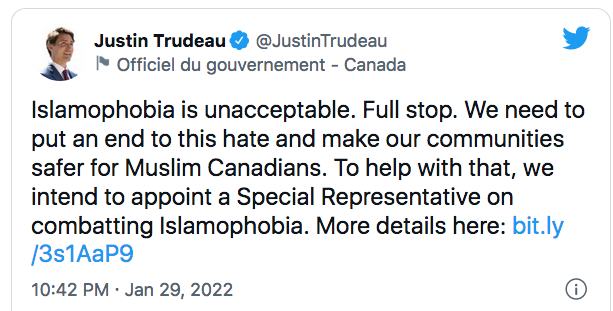 "Today, the Honourable Ahmed Hussen, Minister of Housing and Diversity and Inclusion, highlighted the federal government’s intention to appoint a special representative on combatting Islamophobia.

This appointment will be part of a renewed Government of Canada Anti-Racism Strategy,” it said. The statement further said that last year, the Canadian government announced its intention to mark Jan.29 as a National Day of Remembrance of the Quebec City Mosque Attack and Action against Islamophobia.

"This year, on the eve of the five-year anniversary of this act of terror, the Government of Canada stands with and supports Muslim communities across Canada and reaffirms its commitment to take action to denounce and tackle Islamophobia and hate-fuelled violence,” it added.

Imran has been very effectively, consistently and vociferously advocating for the global efforts and co-operation to tackle the issue of Islamophobia which had resulted in number of unpleasant incidents in the West. 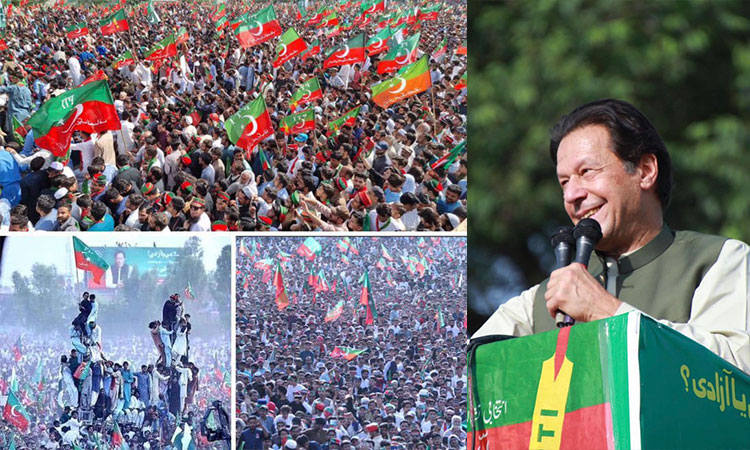