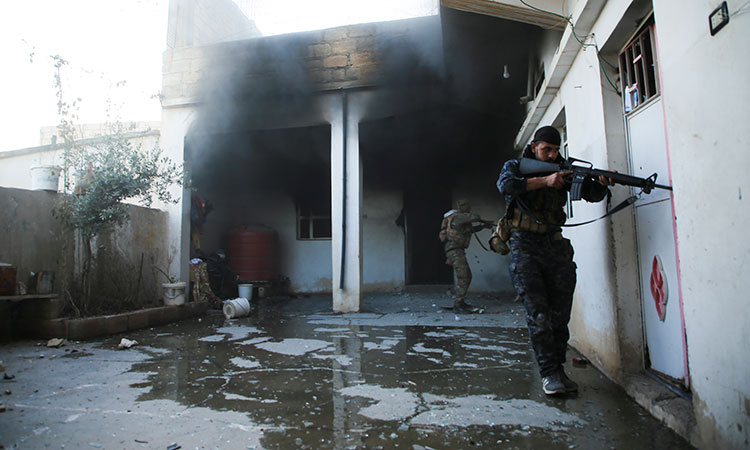 Soldiers with the US-backed Syrian Democratic Forces gear up to storm a house in Hassakeh, Syria, on Thursday. AP

US-backed Kurdish-led fighters searched Friday near a Syrian prison for Daesh group militants and gave an ultimatum to dozens of armed extremists holed up in a small part of the jail to surrender or face an all-out attack, a Kurdish official said.

About a half-dozen Daesh fighters surrendered Friday morning, among scores of militants hiding in a basement in the northern section of the prison, according to Siamand Ali, a spokesman for the US-backed Syrian Democratic Forces.

Thousands of flights canceled as Eastern US braces for heavy snow

He would not confirm or deny a report by the Britain-based Syrian Observatory for Human Rights, an opposition war monitor, that SDF fighters discovered the bodies of 18 of their comrades inside Gweiran prison, also known as Al Sinaa prison, in northeast Syria on Friday.

The Daesh group's Jan. 20 attack on the prison was the biggest military operation by the extremist group since the fall of their self-declared caliphate in 2019. It came as the militants staged deadly attacks in both Syria and Iraq that stoked fears that Daesh may be staging a comeback. 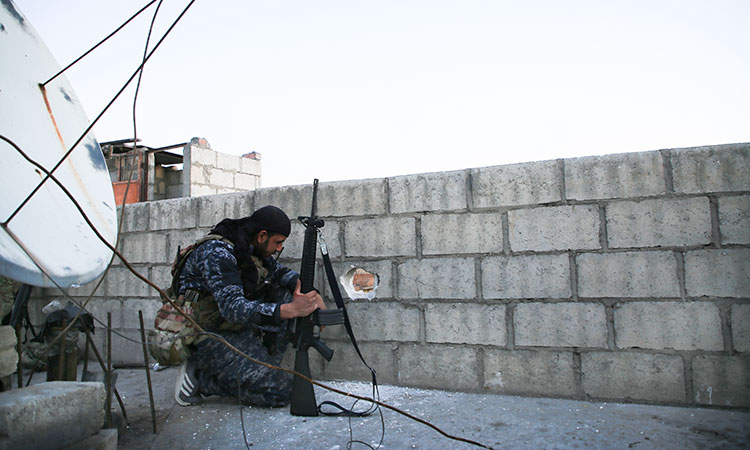 A soldier of Syrian Democratic Forces checks an area in Hassakeh, Syria. AP

The weeklong assault on one of the largest detention facilities in Syria has turned the city of Hassakeh into a conflict zone. The Kurdish-led administration declared a curfew and sealed off the city, barring movement in and out.

Thousands of people in Hassakeh were displaced in recent days because of the fighting.

The SDF claimed on Wednesday it had regained full control of the prison — a week after scores of militants overran the facility. The attackers allowed some to escape but also took hostages, including child detainees, and clashed with SDF fighters in violence that killed dozens.

The SDF had said that between 60 and 90 militants were hiding out in the northern section of the prison. 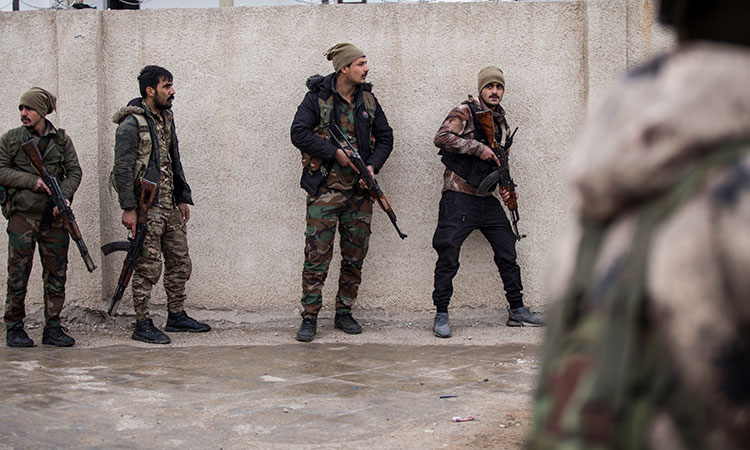 Ali said the militants are in the basement of a two-story building and that those who remain inside are refusing to surrender. "Our units are surrounding the building and are trying to convince them to surrender,” he said.

"We gave them a deadline and we are besieging them,” Ali said by telephone from Hassakeh. He refused to say when the ultimatum ends and the attack begins, for security reasons.

The Observatory said SDF fighters are betting that more time will force IS militants to surrender as their food dwindles.