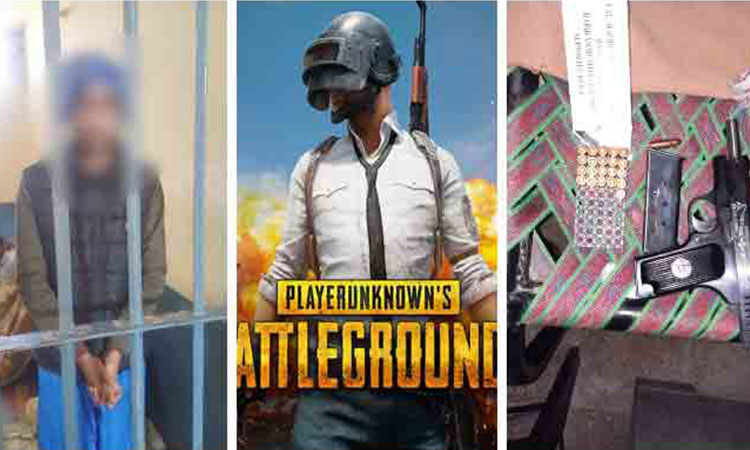 Repeated defeats increased my stress and I fired shots thinking everyone will come back to life, says the suspect.

The Punjab police claim to have resolved the murder case of four family members, including a Lady Health Worker (LHW), who was shot dead along with her three children at her home in Kahna near Lahore city a few days ago.

The authorities detained Zain Ali, 18, a son of the deceased LHW, saying he used to play the popular online game "Player Unknown's Battlegrounds (PUBG), and allegedly killed his mother and three siblings influenced by the game.

After the gruesome murder, the accused had slept in the lower part of the house and later went into hiding in a village near Faisalabad, Punjab province, the police spokesperson said. 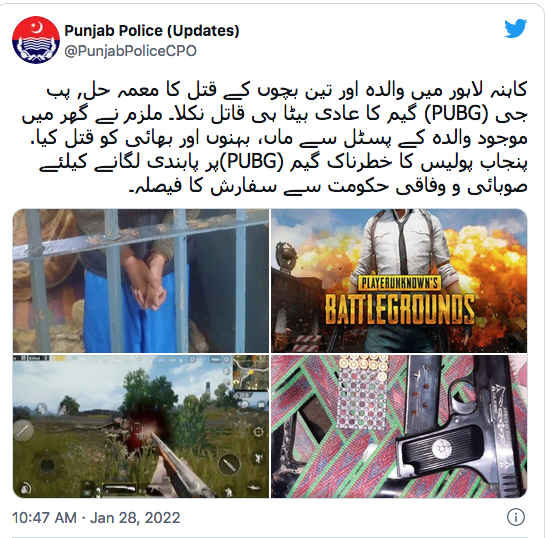 Naheed Mubarak, 45; her son, Taimur Sultan, 20; and daughters, Mahnoor Fatima, 15, and Jannat, 10; were found dead in a room of their multi-storey home at LDA Chowk in Kahna area a week ago.

A senior police officer told Dawn News that Ali had confessed to his crime. The suspect was a diehard PUBG player and used to spend most of his time in his room playing the online game.

He said the teenage boy had turned aggressive after failing to achieve the given targets in the game.

Ali was introduced to the game during his stay at a hostel. It captured his mind so completely that he started living an imaginary "dual life." Under influence of the game, on Jan.19, he shot dead his mother, two sisters and an elder brother.

On the day of the incident, the officer said, the boy “lost his senses” after he missed a target after playing the game for hours, got hold of his mother’s pistol and went to her room where she was asleep along with her other children.

Ali allegedly shot at and killed his mother and then fired at two of his siblings. When his elder brother entered the room on hearing gunshots, Ali opened fire on him too, killing all of them on the spot, the officer explained.

He then went to his room on the upper storey, got some rest and then left the house. Ali threw the pistol in a near by drain and returned to his room to pretend he was asleep when the incident took place.

Police investigators had doubts about the boy`s role since the incident took place due to his confused body language, but they decided to observe him for a few days, the officer said.

During that time, police completed the inquiry to explore all possible options, but found nothing more. On Thursday, the officer said, police finally detained Ali on suspicions of committing familicide.

To a question, he said a blood trail had led police experts to the room of the suspect on the upper portion of the house during inspection of the crime scene. They also found blood stains on his clothes, he added.

This is the fourth such crime related to the online game in Lahore. When the first case surfaced in 2020, the then capital city police officer Zulfiqar Hameed had recommended a ban on the game to save lives, time and the future of millions of teenagers.

Three young players of the game have died by suicide in the last two years and the police in its reports declared PUBG as the reason behind the deaths.