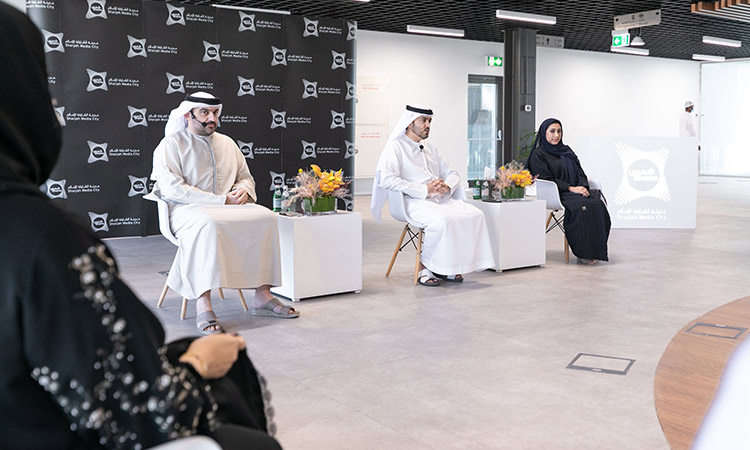 The meeting was part of efforts to strengthen strategic relations between Shams and major media institutions in the UAE, as well as to facilitate collaboration and the brainstorming of ideas to address challenges in the media industry. It is a platform for presenting Shams’ vision for the sector and its vital role in enriching the media and cultural scenes with its initiatives and projects that aim to train media talents and strengthen the media sector.

Dr. Khalid Omar Al Midfa asserted that media institutions are an indispensable strategic partner in bringing visions and directions on the same page and channelling them towards fulfilling common goals. He noted his aspiration for more cooperation with various media institutions in the near future.

On their part, media representatives present at the meeting noted their happiness to be visiting Sharjah Media City, highlighting Shams’ efforts to spearhead the development of the media sector, in partnership with media institutions. Attendees stressed that the door was open for everyone to play a greater role in the upcoming period, expand the media industry’s mission, and set an innovative model for media activities in the UAE and the region.