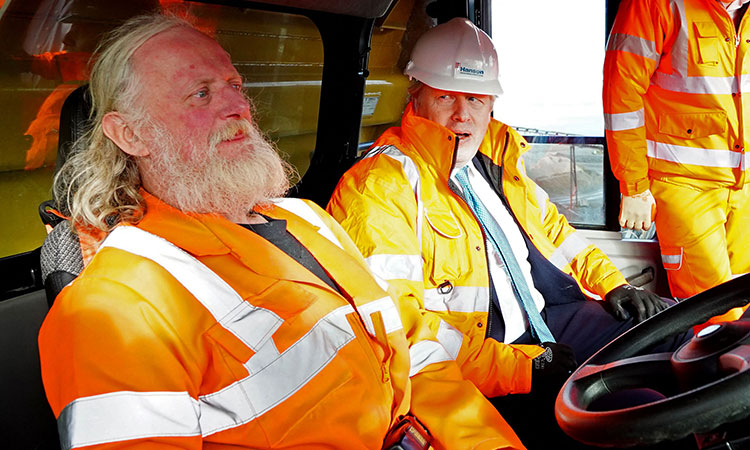 Prime Minister Boris Johnson (C) takes a seat in the cab of a truck during a visit to Hanson Aggregates in Penmaenmawr on Thursday. AFP


The issue involving a British animal charity fuelled questions about Johnson's truthfulness as he awaits an internal inquiry into lockdown-breaching parties that could determine his fate as leader.

After launching its own investigation, London's Metropolitan Police force was said to be poring over the "partygate" findings by a senior civil servant, holding up the report's release.

Foreign ministry emails from August, newly released by a parliamentary committee, showed diplomats referring to a decision taken by Johnson to evacuate the staff and animals of the Nowzad animal charity.

Johnson at the time denied insisting on preferential treatment for the charity, which sheltered dogs and cats in Afghanistan and was run by a media-savvy former soldier, Paul "Pen" Farthing.

"Equivalent charity Nowzad, run by an ex-Royal Marine, has received a lot of publicity and the PM has just authorised their staff and animals to be evacuated," one email said, referring to other charities wanting the same treatment.

The rushed nature of the evacuation meant many Afghans, who had served the British in various capacities, were left behind. The UK has been working since to repatriate those it can reach under Taliban control.

Downing Street on Wednesday reiterated Johnson's denials about Nowzad in light of the leaked emails, and Defence Secretary Ben Wallace insisted he had been given no order from the prime minister to prioritise pets.

Senior Conservative MP Tom Tugendhat agreed it was possible that some civil servants had exploited Johnson's name after his wife Carrie — an animal rights campaigner and friend of Farthing — reportedly intervened.

"You'll have to read the emails and see whether you think that there were others who were working around the system — that I can't answer," the foreign affairs committee chairman told BBC radio. "But it's certainly true that the defence secretary has been extremely clear on this and I definitely take him at his word."

Nevertheless, the Nowzad affair raised anew questions about Johnson's track record on honesty, amid the "partygate" scandal and other allegations of sleaze in his government.

Liberal Democrat foreign affairs spokeswoman Layla Moran called for the prime minister to "immediately make a public statement (about Nowzad) to correct the record and for once tell the truth."

There was uncertainty about when civil servant Sue Gray's report into the Downing Street parties would come out. Johnson's spokesman said the government had yet to receive it, and remained committed to publishing it in full.

But the government also wants reassurance from the Met police that it does "not cut across" their probe, he said, for fear of prejudging future legal proceedings.
Government lawyers and human resources officers, along with civil service trades unions, are also reportedly vetting the report. 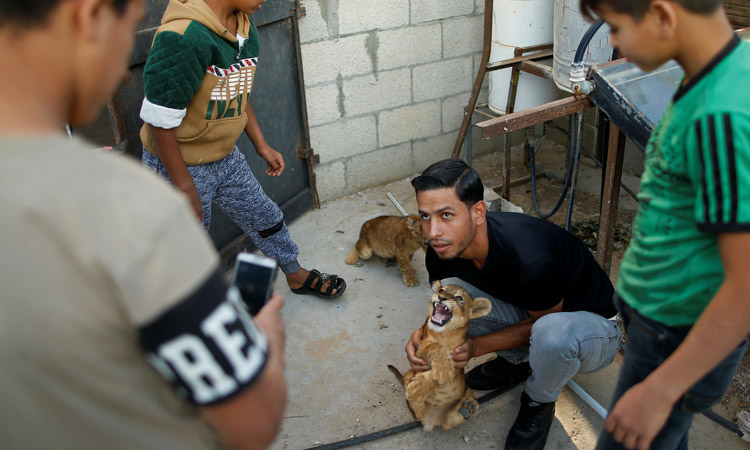