Over 45,000 fines issued for not leaving safe gap behind vehicles in Abu Dhabi in 2021: Police - GulfToday 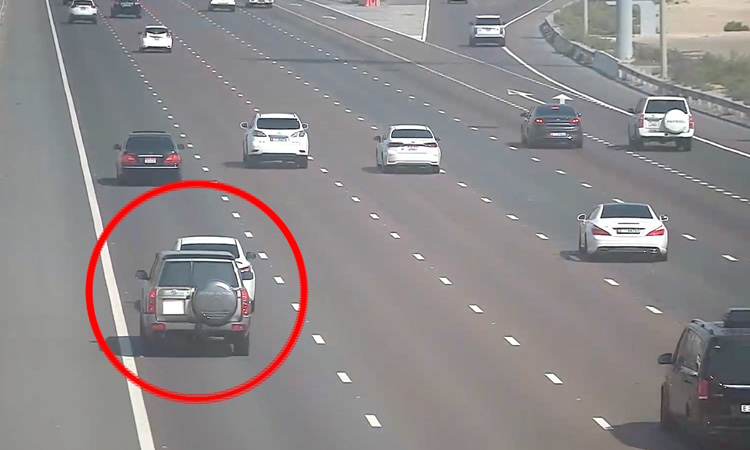 A photo released by Abu Dhabi Police shows a vehicle not keeping safe distance from other vehicles. WAM

The Traffic and Patrols Directorate of the Abu Dhabi Police (ADP) warned of the dangers posed by some drivers who do not leave a sufficient safety gap behind vehicles, which resulted in 45,269 fines in 2021 in the emirate.

The police explained that Law No. 5 for 2020, which states that an accident caused by not leaving sufficient distance, could lead to the seizure of vehicles in Abu Dhabi. A fine of Dhs5,000 must be paid within three months from the date of seizure for the release of an impounded vehicle. If this fine is not paid in three months, the vehicle will be transferred to a public auction yard, it added.

Moreover, under Article 52 of Traffic Regulations 178 for 2017, an Dhs400 fine and four traffic points will be imposed on motorists, it further added.

The police said drivers who harass other motorists and approach them at high speeds from behind, forcing them to vacate their lane by using reflective lighting, can distract drivers and result in serious traffic accidents.

The directorate urged motorists to take the necessary measures in changeable weather conditions, by leaving a safe distance between vehicles, especially during low visibility caused by fog and rain.