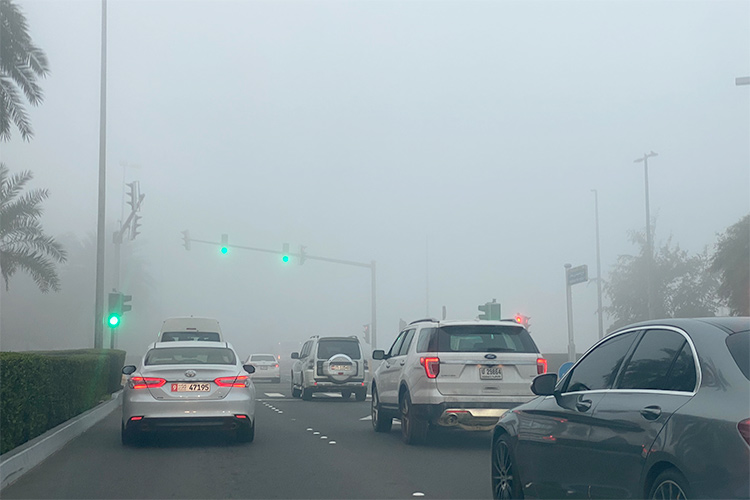 A thick fog has almost blanketed the road.

It also expects the fog to continue to form until Monday.

In the same context, the National Centre for Meteorology expects the weather on Friday to be fair to partly cloudy in general and dusty at times, with a decrease in temperatures, being significant over the western and coastal areas.

“Humid by night and Saturday morning with a probability of fog or mist formation over some eastern inland areas,” the National Centre for Meteorology added.

It also noted that the winds would be moderate to fresh northwesterly winds especially over the sea, causing blowing dust over some exposed areas especially westward, with a speed of 15 – 25 reaching 40 kilometres/hour. The sea will be moderate to rough in the Arabian Gulf and slight in the Oman Sea.

Meanwhile, the weather on Saturday is expected to be fair to partly cloudy in general and dusty at times. Humid by night and Sunday morning over some internal areas with a probability of mist formation over some eastern inland areas, with another slight decrease in temperatures.

The winds will be light to moderate northwesterly winds, freshening at times over the sea, with a speed of 15 – 25 reaching 40 kilometres/hour. The sea will be moderate to rough in the Arabian Gulf and slight to moderate in the Oman Sea. 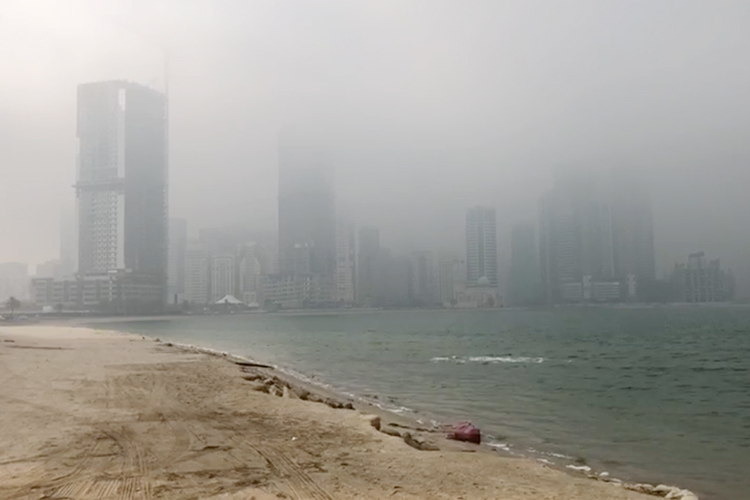 Fog blankets UAE for over 8 hours on Saturday

It started at 1:00 am in the morning and continued until 8:30 am as a result of the country being affected by weak surface pressure systems accompanied by a high air pressure in the upper atmosphere. 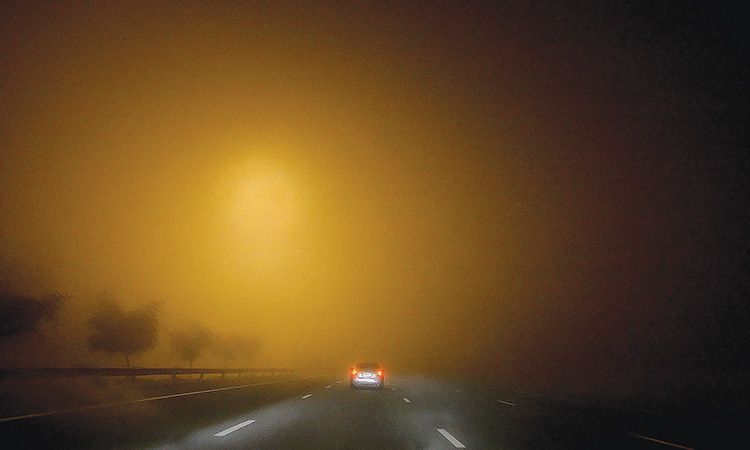 Dense fog blanketed different areas of the UAE on Wednesday, which lasted for 7 hours. The formation of fog started at 2am and continued until 9am as a result of the country being affected by weak surface pressures, accompanied by an atmospheric high extension in the upper layers of the atmosphere.