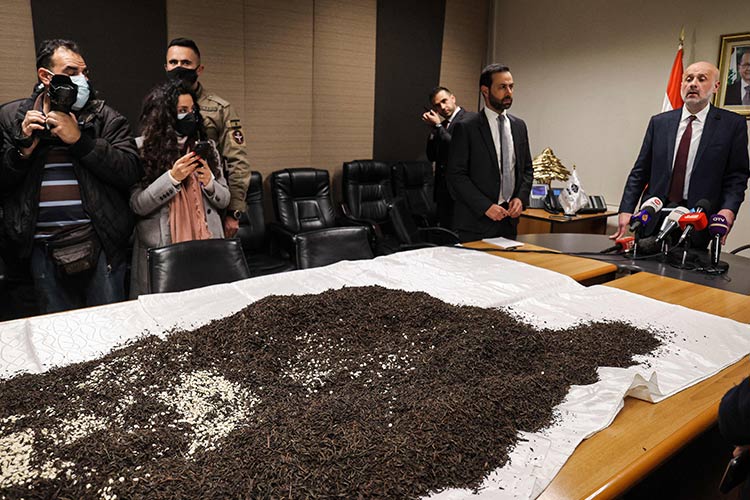 Lebanon's Interior Minister Bassam Mawlawi briefs media about a seizure of a cache of captagon tablets in Beirut on Tuesday. AFP

"Painstaking police work led to the seizure of a Captagon shipment, which was headed to Togo in Africa," Bassam Mawlawi said at a press conference.

The shipment's final destination was meant to be a Gulf country, which the UN Office on Drugs and Crime says is the world's biggest consumer of Captagon, a stimulant derived from a banned fenethylline-based drug.

The amphetamine pills, likely manufactured in Lebanon or Syria, were concealed in a seven-tonne shipment of tea at Beirut port, Mawlawi said.

In another major seizure at Beirut port last month, around nine million Captagon pills were found hidden in fake oranges.

According to a media count, more than 25 million pills of Captagon have been seized across the region since the start of the year alone. 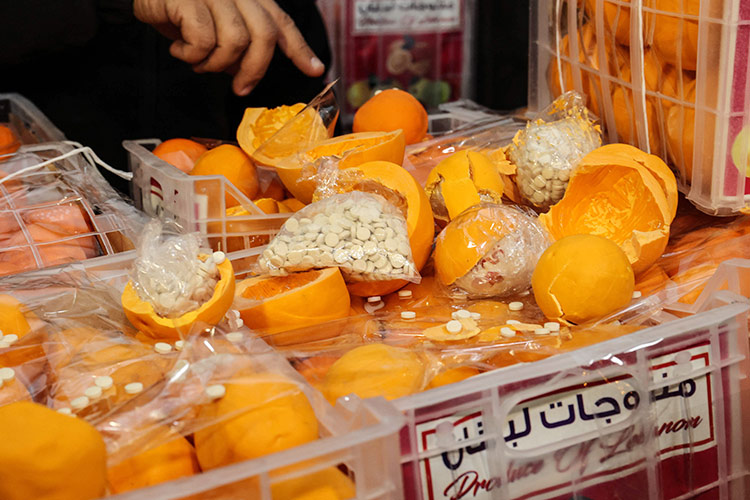 The shipment was ready to be smuggled from the port of Beirut to the Arab Gulf countries.