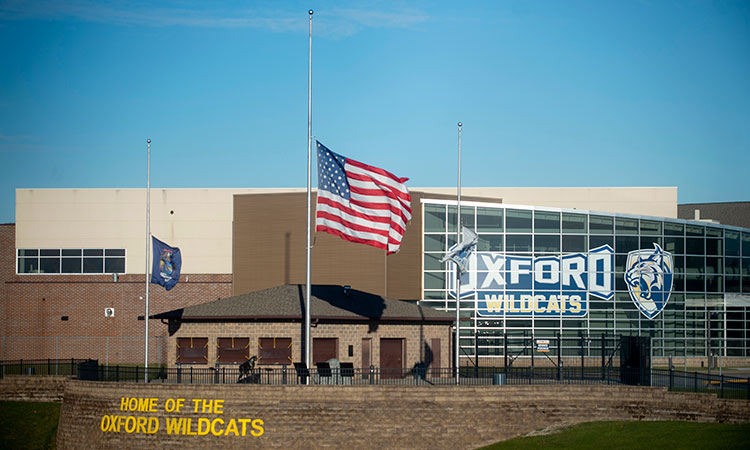 The American flag flies at half-staff on December 2, 2021, outside of Oxford High School in Oxford, Michigan. File/AP

The Michigan high school where four students were fatally shot in late November will reopen Monday for the first time since the attack.

Oxford High School students have been attending classes at other buildings since Jan. 10.

Four students were killed and six students and a teacher were injured during the Nov. 30 shooting. A fellow student, Ethan Crumbley, 15, is charged with murder and other crimes. His parents also are facing charges. 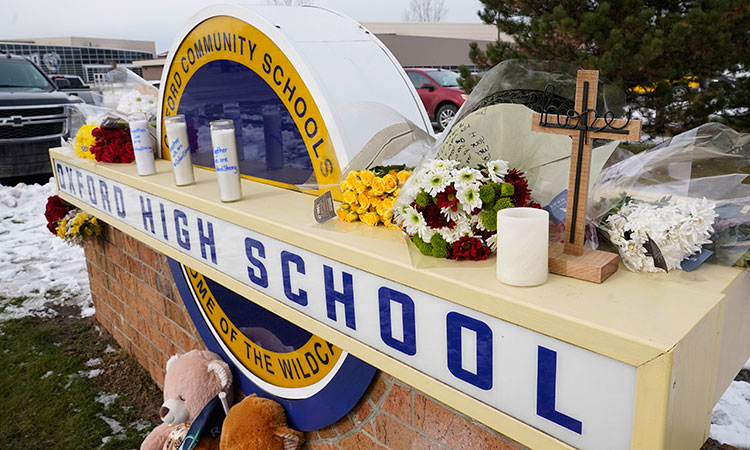 Memorial items are shown on the sign of Oxford High School in Oxford, Michigan, on December 1, 2021. File/AP

The high school is in Oakland County, about 30 miles (50 kilometres) north of Detroit.

"As a community, we will get through this with love and grace for one another,” Superintendent Tim Throne said last week, referring to the school's reopening and legal cases related to the shooting.

A temporary memorial set up outside the school was removed before students returned. Throne said experts advised that removing it would help students "further their healing process.” A permanent memorial is planned.