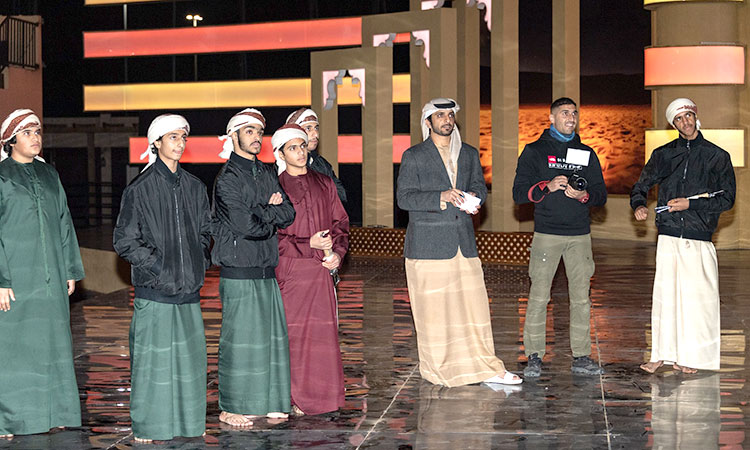 It was in Youlah public voting that Al Amiri finally prevailed after receiving 25 points to increase his total to 55 markers, as compared to 45 for Al Habsi.

Awad Al Amiri booked the third ticket to the Golden Square, the semi-final round of the 22nd Fazza Championship for Youlah and 17th edition of Al Meydan Programme, organised by Hamdan Bin Mohammed Heritage Center (HHC).

“This season will not be easy with the high level of competitions and challenges involved in the event, especially as we draw close to the final round,” he added.  Al Habsi started strong, after winning the swimming competition held earlier during the week at the Hamdan Sports Complex.

He also finished first in the 1,500-metre horse race, which was held in cooperation with the Dubai Mounted Police, and received another 20 points.

But Al Amiri found his form and excelled in the Arabic poetry recitation, supervised by poet Muhammad Al Murr Balabd, and gained 10 points.

He got 20 markers in the Saktoun rifle.

It was in Youlah public voting that Al Amiri finally prevailed after receiving 25 points to increase his total to 55 markers, as compared to 45 for Al Habsi.

This week, the curtain came down to conclude another season of competition among falconers across the country and GCC in the main Fazza Championship for Falconry–Telwai.

The organising committee crowned the first place winners in a warm atmosphere and fraternal meeting that is renewed every year to celebrate this traditional sport in the best way.

Demethian Bin Suwaidan, Chairman of the Organising Committee, said the large participation and high level of competitions this year “stemmed from everyone’s keenness to win the first places on one hand, and the constant quest of falconers to preserve this heritage sport on another hand.”