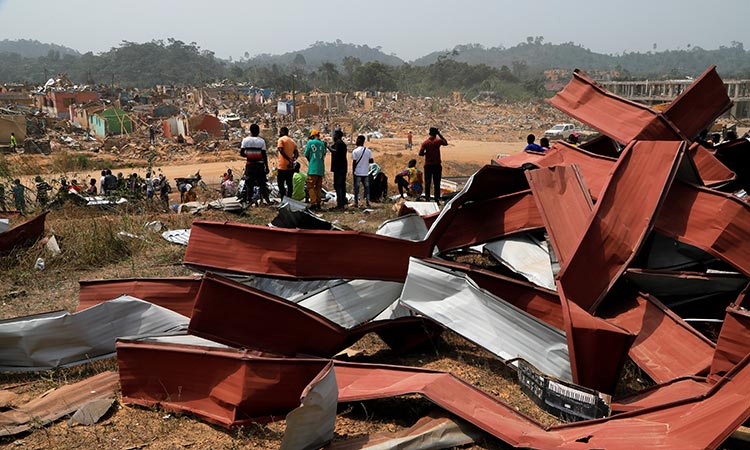 Residents stand in front of houses destroyed after the explosion in Apiate. Reuters

The UAE has offered its sincere condolences and solidarity with the friendly Republic of Ghana following the explosion that took place in the town of Apiatse, and resulted in casualties and injuries.

At least 13 people were killed and scores injured when a truck carrying explosives to a gold mine in western Ghana detonated, flattening a rural community, the police said on Friday. 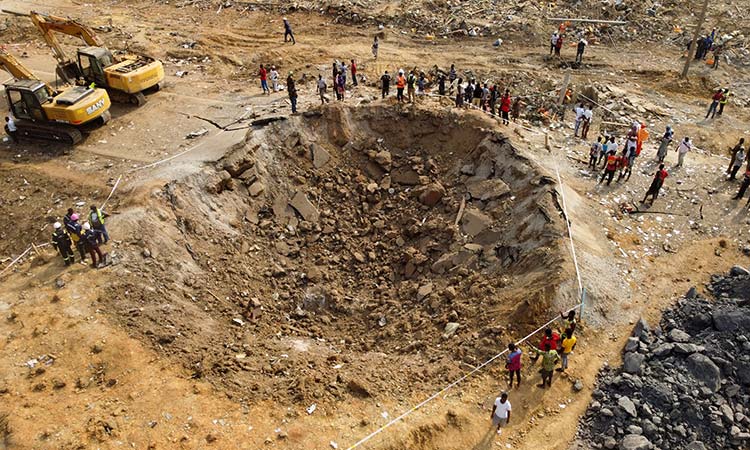 A view shows the crater after a vehicle carrying mining explosives detonated in Apiate, Ghana, on Friday. Reuters

About 180 people were injured by the explosion, police said.

In a video apparently filmed by a bystander in Apiate, people can be seen walking towards a fire on the side of the road when a powerful explosion ripped through the settlement.

It was not immediately clear what caused the accident. Police said a motorcycle crashed into the truck, then caught fire, and a government statement suggested a roadside power transformer could have played a role.

The truck was owned by a Spanish company called Maxam that was transporting explosives to the Chirano gold mine, run by Toronto-based Kinross Gold Corporation, police said.