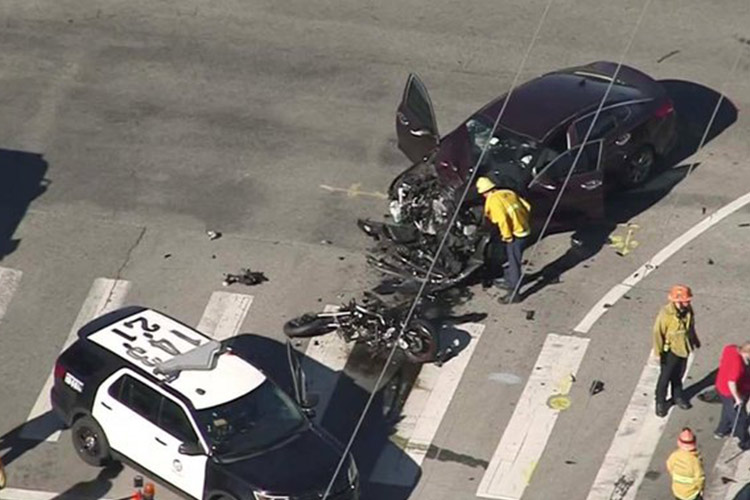 An aerial view of the accident site.

According to the police the biker was allegedly fleeing away on a stolen motorcycle when he met with the accident.

Police, however, deny that the biker was being chased by them at the time of the accident.

“Typically we don’t pursue motorcycles because of how fast they can accelerate and the dangers that it poses,” said Melissa Podany, a spokesperson for the Los Angeles Police department.

The impact of the accident was so huge that the biker flew about 100 feet over the car before landing on the sidewalk.

The rider was pronounced dead by paramedics.

Earlier in the day the Los Angeles Police Department had put out a broadcast about a stolen motorcycle in the San Fernando Valley area.

It was unclear exactly where police first encountered the rider.

“This apparently is a good place to accelerate, in a long straightaway with four lanes wide,” he told an OC Hawk videographer.

VIDEO: Motorist has miraculous escape in Los Angeles as train rams into his BMW

The driver of the blue BMW seemed to be in a tearing hurry, and thought he would get the better of the locomotive at the railway crossing. 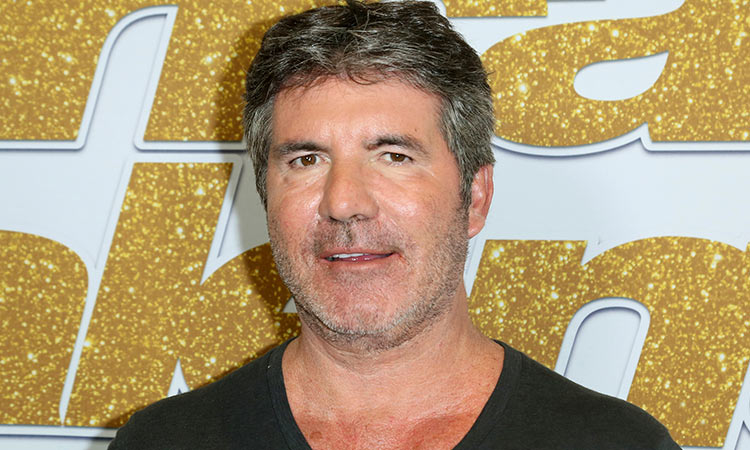