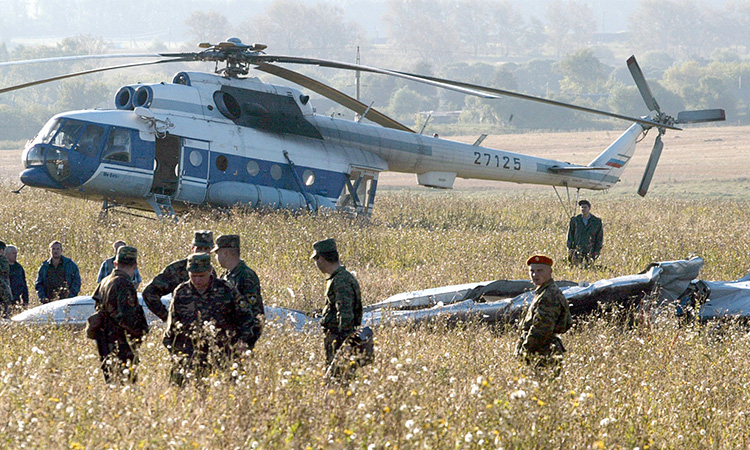 A helicopter crashed in Louisiana marshland on Friday, killing two people on board, officials say.

A caller reported seeing a helicopter going down on the west side of the parish near the edge of the levee system in Larose, a spokesperson for the Lafourche Parish Sheriff’s Office says

The sheriff's office in coastal Lafourche Parish got a call from a witness who saw the aircraft going down about 10:15am in south Louisiana wetlands. The wreckage was found in a marshy area about 2:45pm, parish President Archie Chaisson told reporters.

"It appears that the aircraft nosedived and basically sunk into the mud, so there’s very little of the aircraft above the water line," Chaisson said. A part of the fuselage was found about 150 yards (140 meters) away, he said.

The bodies had not been found as of Friday afternoon, according to the official.

Representatives of the Federal Aviation Administration and the National Transportation Safety Board were traveling to the area to investigate.

Separately, the US Coast Guard said in a statement that its New Orleans sector coordinated the dispatch of an MH-65 Dolphin helicopter crew, as well as a special-purpose shallow water boat to assist at the site.

The statement said the sheriff's office was conducting an investigation into what was believed to be the aircraft's debris field, which was first identififed by the aircrew sent from Air Station New Orleans.

The Coast Guard said a privately held helicopter operator, Rotocraft Leasing Co., had alerted the agency that the aircraft was overdue with two people aboard.

Chaisson said the company was expected to release the names of those aboard later.

There was no immediate statement from the leasing company.