You caught me: Pope Francis congratulates reporter who saw him at record shop - GulfToday

VIDEO: You caught me: Pope Francis congratulates reporter who saw him at record shop 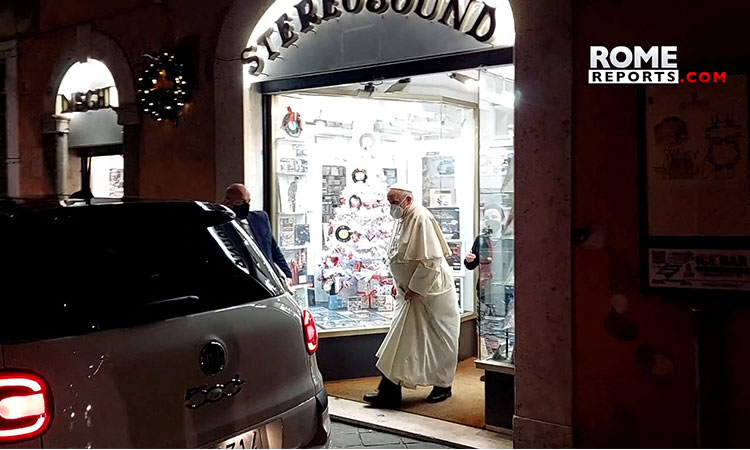 A screen grab taken from a video shows Pope Francis walking out of a record shop in Rome on Jan.11, 2022. AFP

Pope Francis has congratulated the reporter who caught him visiting old friends who run a Rome record shop this week, joking that it was his "bad luck" that the news got out.


The visit on Tuesday night was to have remained secret but Javier Martinez-Brocal of the Rome Reports television news agency was in the area in central Rome by chance. He filmed it with his smart phone, posted it on Twitter, and it went viral.

In a letter sent to Martinez-Brocal on Thursday, Francis, 85, congratulated him on his work and lamented his own misfortune.

"You can't deny that it was a case of bad luck ... that after taking all the precautions, there was a reporter there at the taxi rank," Francis said in the letter Martinez-Brocal shared with colleagues on Friday.

"One should not lose one's sense of humour," Francis said. "Thanks for doing your job, even if it did put the Pope in difficulty." 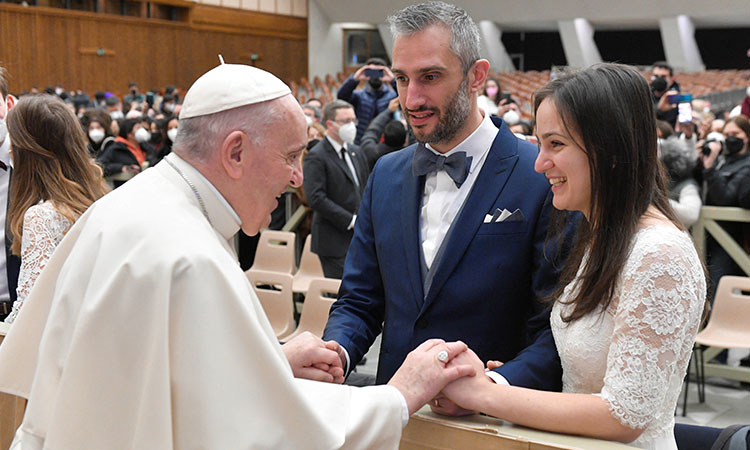 Pope Francis greets people at the weekly general audience at the Paul VI Audience Hall at the Vatican. Reuters

Francis, who shuns bulletproof cars and visible police escorts, arrived at the StereoSound record shop near the ancient Pantheon in a simple white Fiat 500 driven by a Vatican employee. He stayed inside the for about 15 minutes.

The shop's owners later said they had become friends with him years ago when he was Cardinal Jorge Mario Bergoglio, archbishop of Buenos Aires.

He would visit their shop to buy classical music records and CDs when he was in Rome on Church business and stayed at a nearby residence for visiting clerics.

"What I miss the most (since he became Pope) s not being able to walk around the streets, as I did in Buenos Aires, walking from one parish to another," Francis wrote. 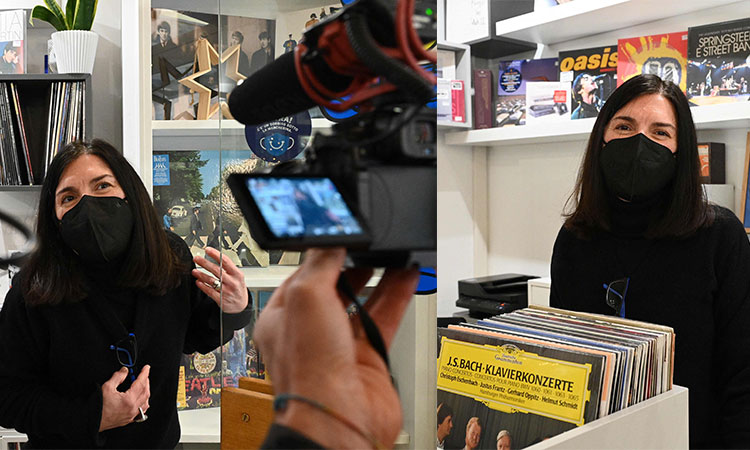 Tiziana Esposito, the daughter of the owner of the Stereosound record shop, speaks to the media, a day after the Pope's visit. AFP

The shop owners later said they gave the Pope a boxed-set of classical music CDs but declined to be more specific. Francis is known to like Beethoven, Mozart and Bach — and even tango music from his native Argentina.

It was not the first time the Pope has visited a Rome shop. In 2015, two years after his election, he ordered a new pair of eyeglasses from a Rome optician. They were to have been delivered to the Vatican but he decided to go pick them up himself. He also once went to a store to pick up a pair of orthopaedic shoes.