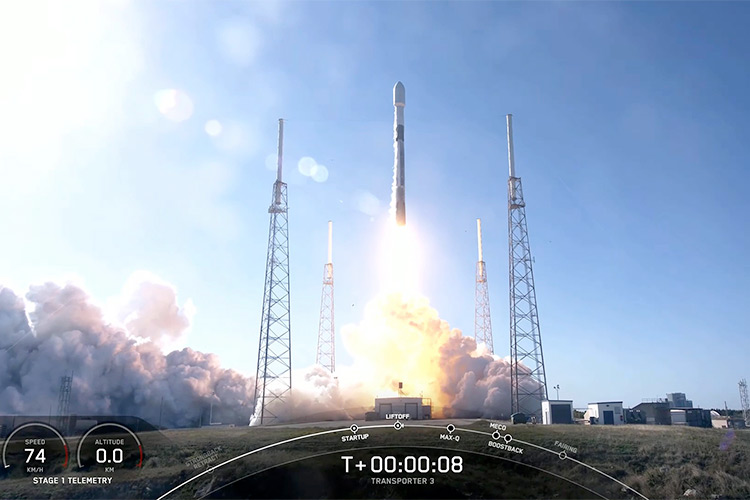 DEWA-SAT-1 was launched by Dubai Electricity and Water Authority on Thursday.

The DEWA-SAT-1 nanosatellite, launched by Dubai Electricity and Water Authority (DEWA) on Thursday, 13 January 2022, has sent its first signals from space. It will settle into a low earth orbit at an altitude of between 525 and 530 kilometres. It travels at some 7.5 kilometres per second and takes about 90 minutes to orbit the Earth.

Saeed Mohammed Al Tayer, MD and CEO of DEWA, said that DEWA-SAT 1 is a 3U nanosatellite. It was launched as part of DEWA’s Space-D programme to improve its operations, maintenance, and planning of electricity and water networks by using nanosatellites and taking advantage of the technologies of the Fourth Industrial Revolution, including the Internet of Things (IoT), Artificial Intelligence (AI), blockchain, and information exchange through space communications, Earth observation and remote-sensing technologies.

“Through the Space-D programme, we intend nanosatellite technology to complement the terrestrial IoT communication network to increase the efficiency and effectiveness of DEWA’s operations and support the digitisation of our electricity and water networks. This will increase the efficiency and effectiveness of our planning, operations, and preventive maintenance for our production, transmission, and distribution divisions ,as well as our smart grids and electric vehicle charging stations.

It also reduces costs, improves asset use, enables knowledge and experience transfer, and educates Emiratis at DEWA. By the end of 2022, we plan to launch a 6U nanosatellite with customised high-resolution image sensing technology to be specificly designed for DEWA to communicate with its IoT terminals. The project includes applications to collect and analyse data. multi-spectrum, high-resolution thermal imaging devices such as those used on board spacecraft. They are specifically designed for use in electricity and water networks, and will be deployed to detect thermal fingerprints in high voltage transmission lines, substations, buildings and solar power stations,” said Al Tayer.

DEWA, in collaboration with NanoAvionics, launched DEWA-SAT 1 nanosatellite on a SpaceX Falcon 9 rocket from Cape Canaveral Space Launch Complex (SLC-40) in Florida, USA. DEWA is the world’s first utility to use nanosatellites to improve the maintenance and planning of electricity and water networks.

“I extend my thanks and gratitude to His Highness Sheikh Mohammed Bin Rashid Al Maktoum, Vice President and Prime Minister of the UAE and Ruler of Dubai, for his unlimited support to DEWA and its innovative initiatives and projects including its Space-D programme, which His Highness launched in January 2021. The programme supports the National Space Strategy 2030 that aims to realise the UAE’s vision in space sciences, technologies, applications and services,” said Al Tayer.

Al Tayer said that the nanosatellite was designed and developed at DEWA’s R&D Centre in the Mohammed Bin Rashid Al Maktoum Solar Park. He noted that DEWA will launch another U6 nanosatellite later this year to promote its flexibility and agility in monitoring, managing, and maintaining its electricity and water networks. This ensures providing electricity and water services according to the highest standards of availability, reliability, and efficiency. It also reduces costs, improves its asset utilisation, enables knowledge and experience transfer, as well as trains Emiratis at DEWA. 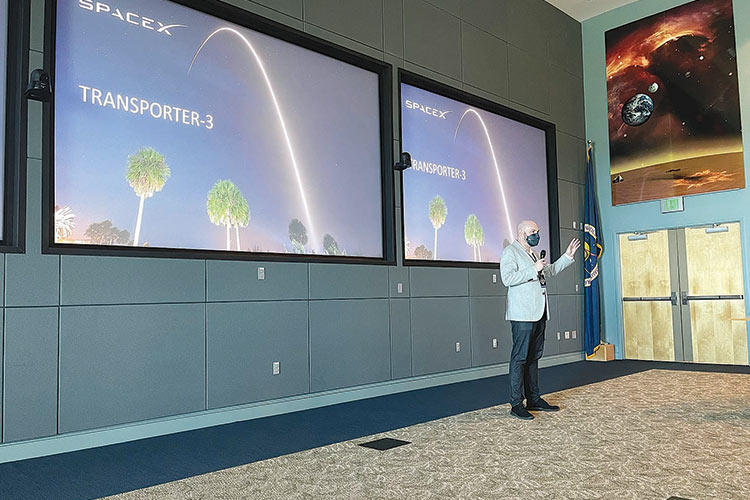 Dubai Electricity and Water Authority (DEWA) has launched the DEWA-SAT 1 nanosatellite in collaboration with NanoAvionics, becoming the world’s first utility to use nanosatellites to improve the maintenance