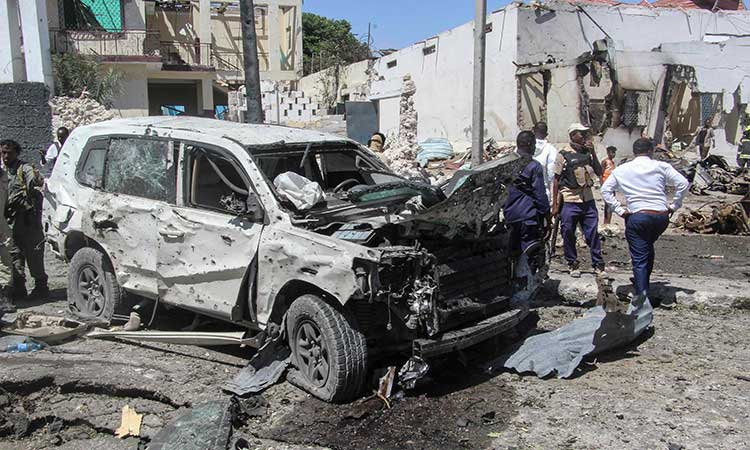 A general view of the scene of a car-bomb explosion in Mogadishu, Somalia. AFP

Several people were killed on Wednesday in a suicide car bomb blast outside the international airport in Somalia's capital Mogadishu, officials said.

The car bomb explosion has killed at least eight people and wounding nine others, a local doctor said. The Al Shabab extremist group claimed responsibility for the attack, saying it was targeting "white officials” passing by.

Dr Abdulkadir Adam with the Medina hospital told the media about the death toll. Witnesses at the scene said a passing UN convoy appeared to be the target in the blast near a checkpoint leading to the heavily fortified airport, but the UN mission said there were no UN personnel or contractors in the convoy. 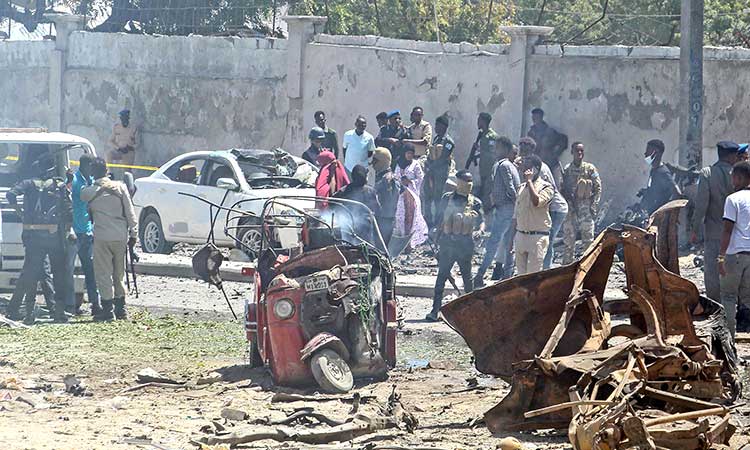 A general view of the scene of a car-bomb explosion in Mogadishu on Wednesday. AFP

It took place only days after Somali leaders had agreed on a new timetable for long-delayed elections in the troubled Horn of Africa country.

The government said in a statement on Twitter that it condemned the "cowardly" suicide attack, and gave a toll of four dead and six injured.

"Such acts of terrorism will not derail the peace & the ongoing development in the country. We must unite in the fight against terrorism." 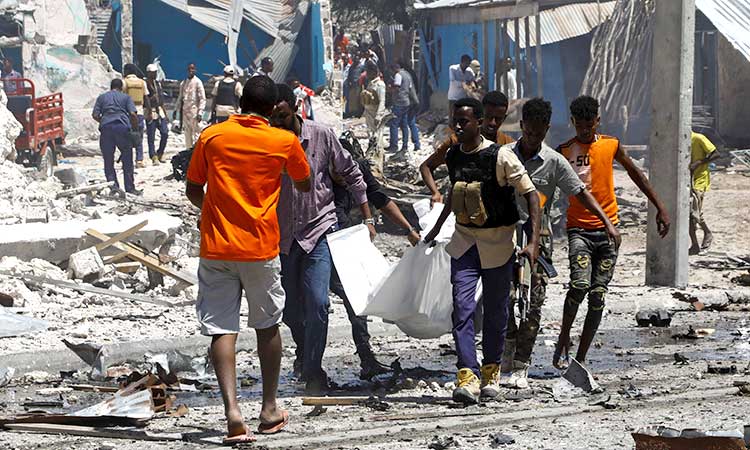 Civilians carry the dead body of a man killed from the scene of an explosion in Mogadishu, Somalia. Reuters

"It has also caused devastation in the area," he said, warning that the toll could be higher because a large number of people were in the area.

The United States, the largest foreign donor to Somalia's embattled government, condemned the attack and extended its sympathies to the families of those killed and injured.