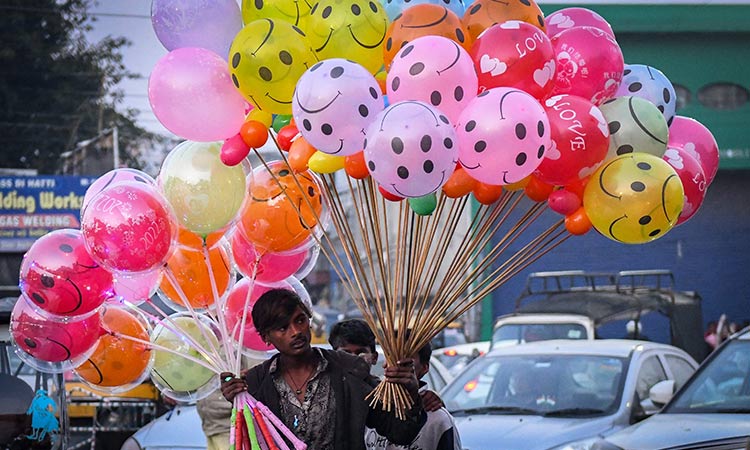 A hypermarket owner near Kozhikode in Kerala has landed himself in 'trouble' after a packet of balloons he sold carried the words 'Love Pakistan'.

Trouble began when the vernacular newspapers on Tuesday published from the area came out with a news item on this.

Speaking to IANS, managing director of Carrefresh Hypermarket at Azhiyur, Vadakara in Kozhikode district said that they have been in the business for the past five decades.

"The local police came after hearing about this balloon. We told them and showed them the packet of balloons which come in a pack of 100s. This product is made in China. We get this through a Mumbai supplier. These packets are basically sold to people who celebrate birthdays. We just sell this packet to the customers," said Ajeer.

"We do not inflate any of these balloons. Only after this became news, we opened it and in a packet there are balloons of various sizes and shapes. A few of the balloons in the packet are ones which when inflated we can see the word "Love Pakistan'. After the police came, we have decided to withdraw this from the counter," added Ajeer.

"The police have also found out what the real issue is. They said they have to do their duty and a case also has been registered. The police will also probably get in touch with our Mumbai supplier. We have done no wrong at all," said Ajeer.