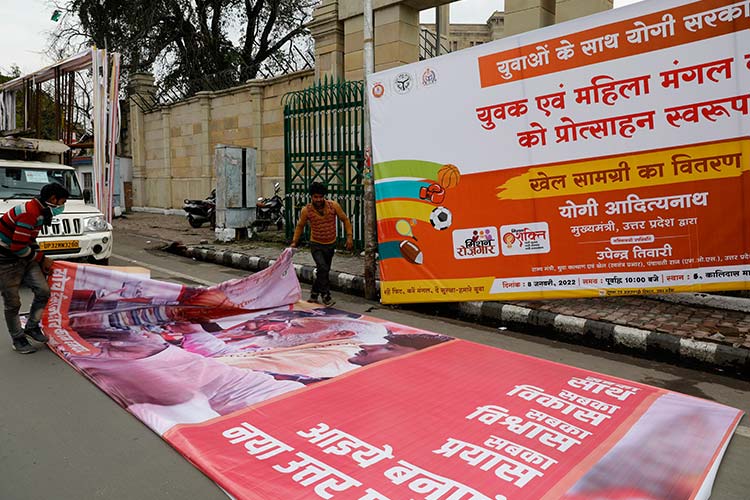 Workers fold a hoarding displaying an image of Narendra Modi in Lucknow on Saturday. AP

Spanned over seven phases, the elections to five states Assemblies - Uttar Pradesh, Uttarakhand, Gao, Punjab and Manipur - would be held from Feb.10 to March 7, and the counting of votes will take place on March 10, the Election Commission of India announced on Saturday.

Uttar Pradesh will go to polls on February 10, 14, 20, 23 and March 3 and 7; Punjab, Goa and Uttarakhand would vote on February 14; while Manipur will vote in two phases on February 27 and March 3, said Chief Election Commissioner Sudhir Chandra .

The elections would be held following full Covid protocols.

Up to January 15, no physical rallies roadshows, padyatras, or vehicle rallies will be allowed keeping in view the pandemic situation. All parties have been advised to conduct campaigns in virtual mode.

Invoking Aarticle 171 (1), Chandra said that the Assembly tenure has to end in five years and, therefore, elections are necessary.

As per the Covid protocols for conducting elections, all elections officials will be double vaccinated, will be given a booster dose and will also be treated as frontline workers. Booths would be fully sanitised and there will be adequate gloves, sanitizers etc for the polling staff.

Polling time has been increased by one hour in all the states.

The final electoral rolls were published on January 5. There are a total of 18.34 crore voters, including service voters. Of these, 8.55 crore are women. The EC has made an effort to increase the number of voters and as a result, all states have seen an increase, with the maximum voter increase in Uttar Pradesh.

At least one booth in each Assembly constituency will be managed exclusively by women, Chandra said.

"It will now be mandatory to publish criminal records of candidates minimum three times in local newspapers and television channels. Even the parties are expected to do so with their candidates," he said.

Earlier, Chandra said that the Commission has set out three goals for these elections: Covid-free elections, hassle-free voting experience and maximum participation by voters.

The preparations have been going on for at least six months with EC teams visiting poll-bound states. 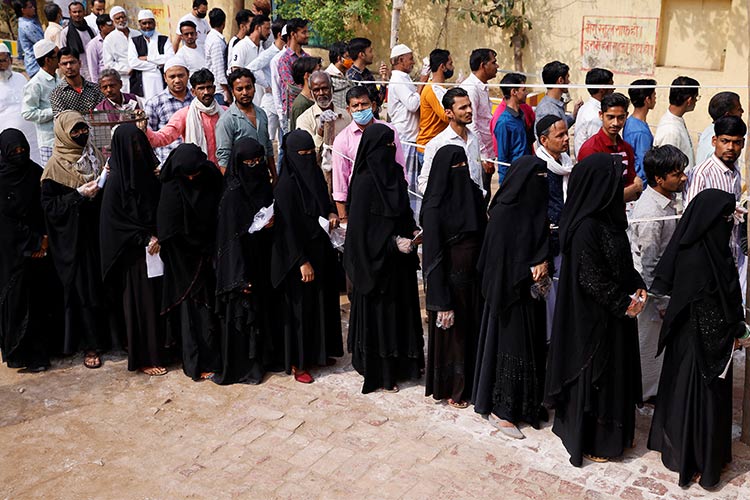