VIDEO: Dubai Police uncover Dhs58m worth of drugs hidden in shipment of lemons in ‘Operation 66’ - GulfToday 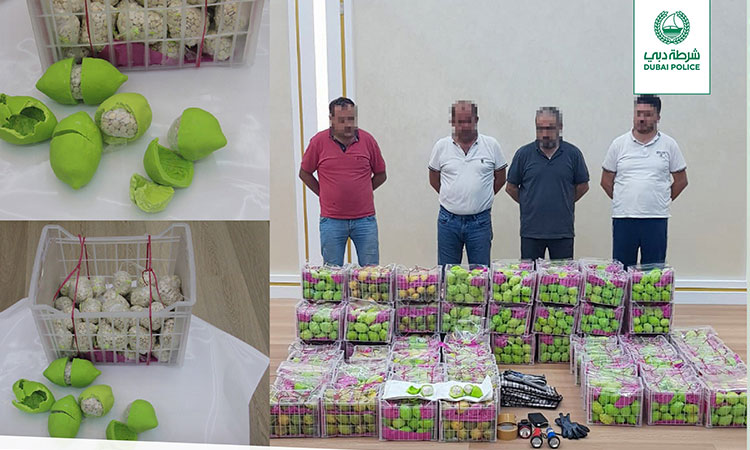 Four Arabs had attempted to smuggle over 1.16m Captagon pills into the UAE in the refrigerator containing 3,840 boxes of lemons.

Lieutenant-General Abdullah Khalifa Al Marri, Commander-in-Chief of Dubai Police, reiterated their keenness on combating organised crime and protecting society against all harms, especially drugs. He further praised the exceptional efforts of Dubai Police anti-narcotics teams, who were able to identify the suspects and foil their bid to smuggle the toxins.

Lt. Gen. Al Marri further affirmed that the Dubai Police spares no effort to arrest drug dealers and promoters and thwart their attempts to harm our community. He noted that Dubai Police constantly develop its work mechanisms to stay ahead of criminals and their deceptive methods.

Expert Major General Khalil Ibrahim Al Mansouri, Assistant Commander-in-Chief for Criminal Investigation Affairs, explained that they take all security tips and information they receive seriously, especially when they are in the interest of the safety and security of beloved our homeland and community. 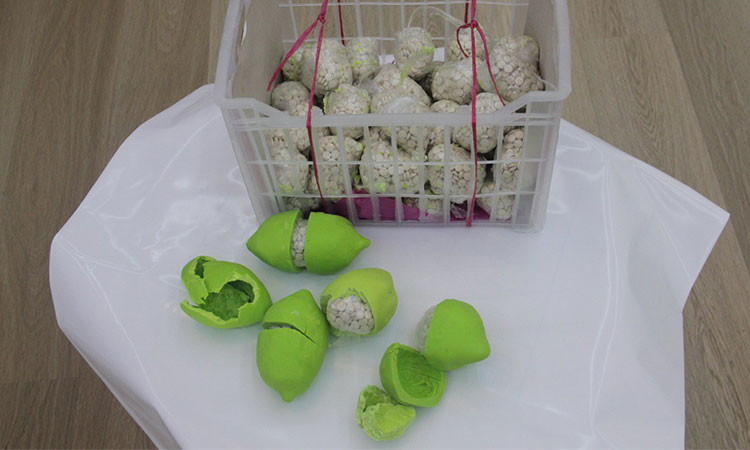 Maj. Gen. Al Mansouri explained they formed a task force and coordinated with Dubai Customs upon receiving a security tip on an international drug syndicate intending to smuggle a shipment of drugs arriving from an Arab country in a refrigerated container containing fruits and vegetables.

"Upon confirming the fact that the narcotic pills were hidden in fake lemons in a shipment of lemons inside an incoming refrigerated container, we made sure all suspects involved were apprehended and brought to justice by closely monitoring the first accused who received the shipment, drove it into the emirate and eventually led us to the remaining three suspects," he concluded.

Brigadier Eid Muhammad Hareb, Director of the General Department for Anti-Narcotics, said their teams closely monitored and traced the suspects and captured them red-handed. 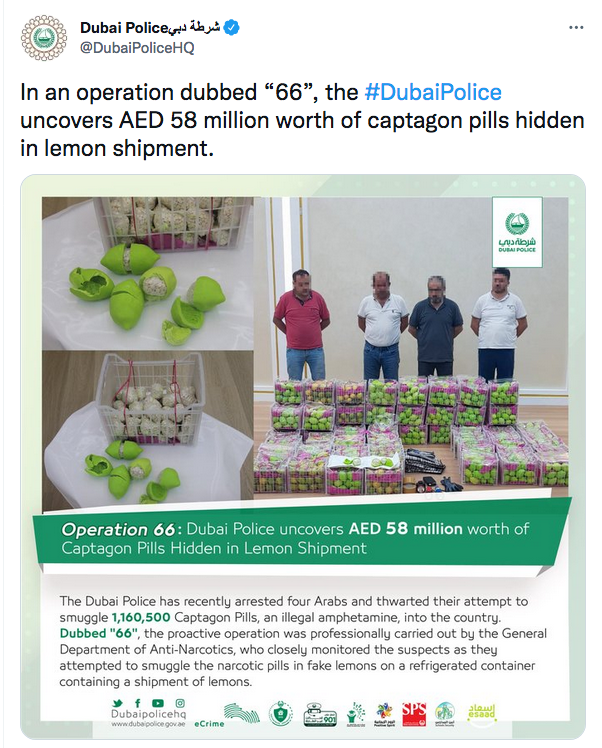 "Dubai Police's anti-narcotics teams tracked the refrigerator as it was being transferred from the port into the emirate by the first suspect to another location where two other suspects helped him unload the cargo and load it into a bigger refrigerated lorry," Brig. Hareb explained.

Brig. Hareb added that on the following day, the first suspect entered the refrigerator and spent more than two hours rearranging the fake and real lemons while the fourth suspect was waiting for him outside.

"As soon as the first suspect got out of the refrigerator, a task force apprehended him along with the fourth suspect." "Meanwhile, the second and third suspects were arrested by a different task force who were closely monitoring their movements," he said.

Brig. Hareb further indicated that the refrigerator contained 3,840 boxes of lemons, 66 of which had fake lemons containing the Captagon pills.

The director of Anti-narcotics stressed that the watchful eyes of Dubai Police are always ready to thwart smugglers attempts and to protect the members of society from falling victims to the harmful toxins. He urged parents and educators to raise awareness among the youth on the harmful effects of drugs.

"Early prevention through awareness programmes is one of the best strategies to immune our youth against drugs and addiction," Brig. Hareb concluded. 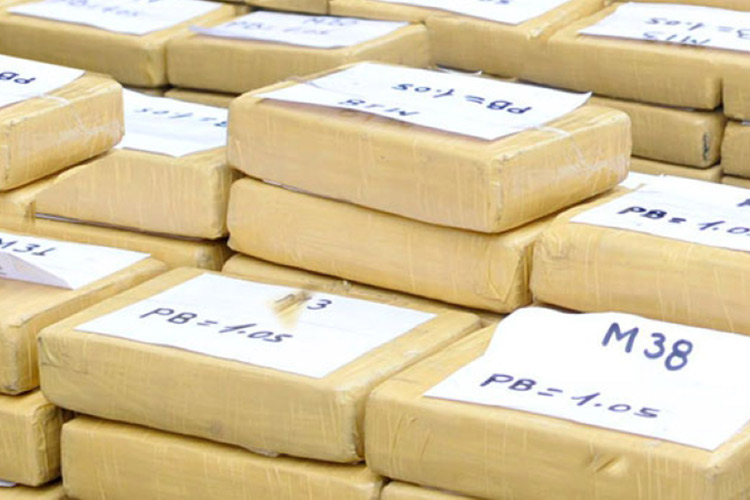 The UAE authorities were continuing to investigate the Irish organised crime group in parallel with authorities in the US, UK, Ireland and Spain, the Financial Times said.