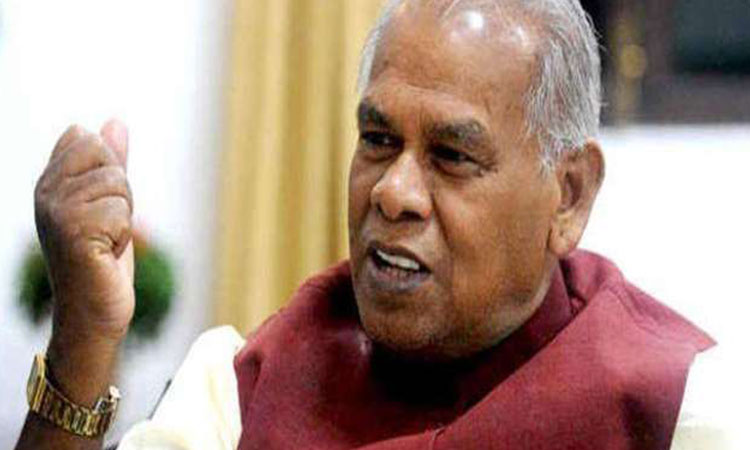 Following his “abusive” remark against Brahmins, a ruling Bharatiya Janata Party (BJP) leader on Monday announced a reward of Rs1.1 million for anyone cutting off the tongue of former Bihar chief minister Jitan Ram Manjhi, the founder of Hindustani Awam Morcha (HAM).

Gajendra Jha, the general secretary of International Hindu Maha Sabha and executive member of Bihar BJP, said that if a son of a Brahmin cuts off the tongue of Jitan Ram Manjhi and brings it before him, he will be awarded Rs11 lakh (Rs1.1m). He also claimed to bear the expenses for his entire life. “We initially believed that Jitan Ram Manjhi is a mentally ill person. He has lost his consciousness. But he is repeatedly making derogatory and abusive statements against Brahmins, which cannot be tolerated,” Jha said. “He neither has the dignity, nor does he believe in Hinduism. In a bid to save the Hindu religion, I am ready to die,” Jha said.

Meanwhile, BJP Rajya Sabha MP Vivek Thakur suggested that the Bihar government should give him (Manjhi) admission in a short-term course on Indian traditions and Hindu religion. Reacting to Jha’s comments, HAM national spokesperson Danish Rizwan said, “Who has the guts to cut off the tongue of Manjhi Ji? The BJP leadership should take control its leaders or be ready to face the consequences. Manjhi Ji has already apologised for his remark. Why are these leaders creating such a hype over the issue.”

On Sunday, Manjhi had targeted the Brahmin community by saying that they came to the houses of ‘Mahadalit’ people (Mushahar) but did not eat food. Instead, they demanded money from them. He also said that Hinduism is the worst religion because of which B.R. Ambedkar had changed his religion to Buddhism.

Manjhi’s “abusive remarks” on the Brahmin community have led to a row and now after the FIRs against him, the Pandas (priests) of his home district Gaya announced they will not perform rituals and “Pind-Daan” (offering to ancestors) after his death.