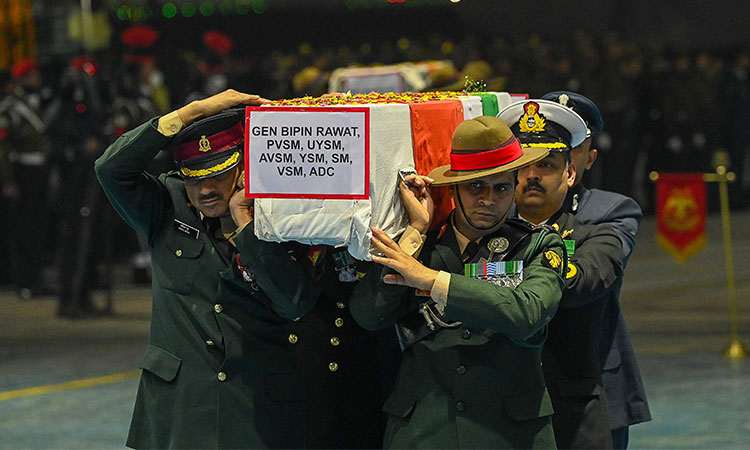 The mortal remains of Chief of Defence Staff General Bipin Rawat, his wife Madhulika Rawat and 11 other armed forces personnel, who lost their lives in the tragic helicopter crash near a military academy in Tamil Nadu on Wednesday, were brought to the Palam Airport in New Delhi on Thursday.

Rawat, 63, was travelling with his wife and other senior officers when their aircraft crashed in a forest in southern Tamil Nadu state, killing all but one soldier on board.

His body arrived in the capital for Friday's funeral after a solemn ceremony near the accident site at an army base, where an honour guard laid wreaths by the coffins of the victims. 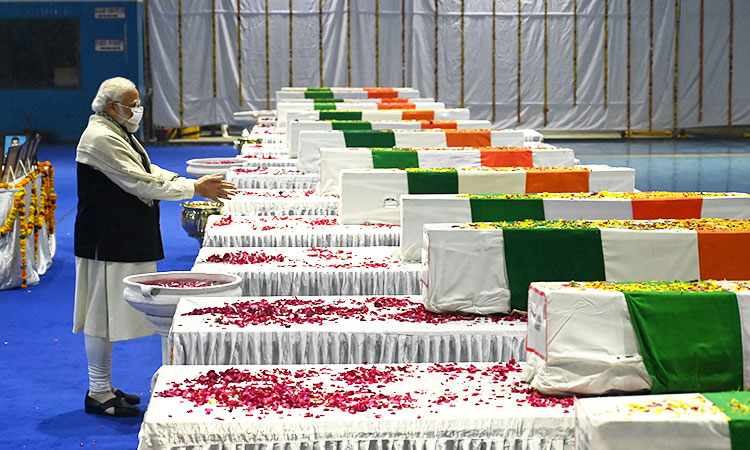 Narendra Modi pays homage next to the coffins containing the mortal remains of Bipin Rawat and 12 others, at an airport in New Delhi. Reuters

"The last rites of the Chief of Defence Staff will be performed with full military honours," Rajnath Singh told parliament.

The armed force said that positive identification of only three mortal remains — Gen Rawat, Madhulika Rawat and Brig L.S. Lidder — has been possible as of now, and their mortal remains will be released to the next of kin for final rites as desired by the respective families. 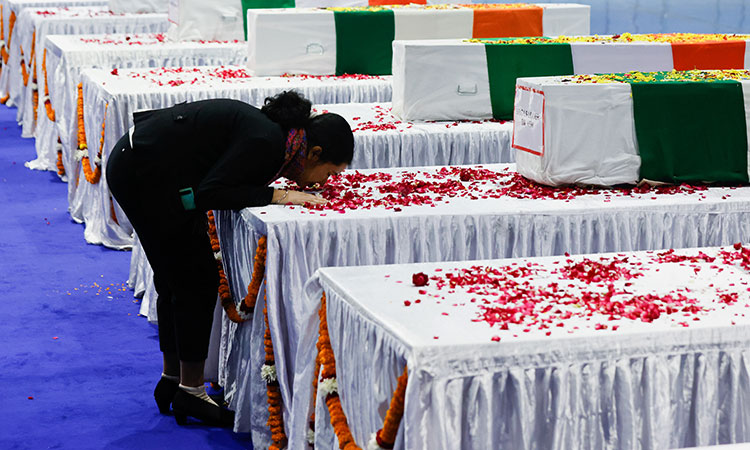 Daughter of Brigadier LS Lidder pays homage next to the coffin containing the mortal remains of her father. Reuters

Close family members of all the deceased personnel have arrived in New Delhi. All necessary assistance and support are being provided by Indian army. 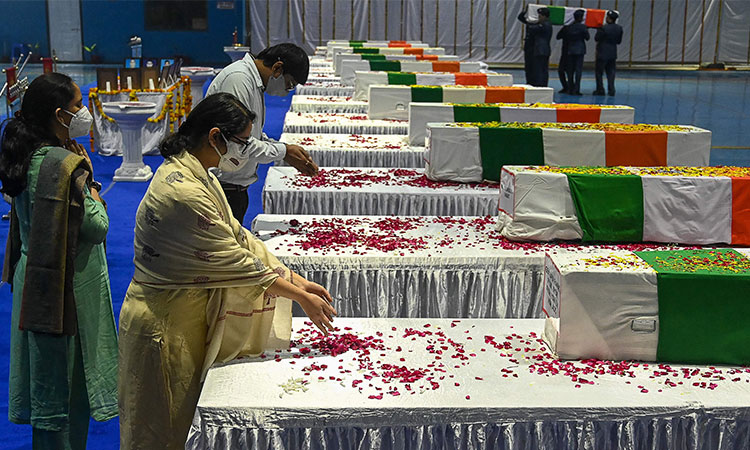 Daughters of Gen Bipin Rawat pay their respects in front of his coffin during a tribute. AFP

Appropriate military funerals of all the deceased are being planned and coordinated in close consultation with the close family members. 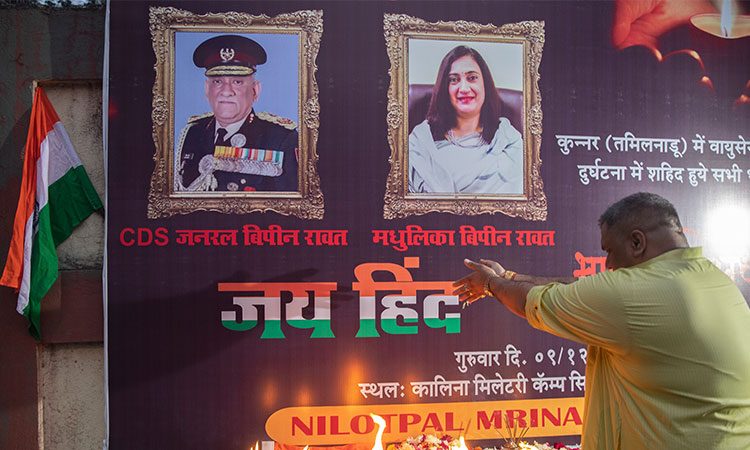 A man pays tribute to the portraits of Gen. Bipin Rawat and his wife during a memorial service in Mumbai. AP

The condition of Group Captain Varun Singh, who survived the crash, is still critical. He has been moved to the Command Hospital in Bengaluru for further treatment.

Rawat was India's first chief of defence staff, a position that the government established in 2019, and was seen as close to Modi.
He was an outspoken and polarising but hugely popular officer who came from a military family and had already survived a helicopter accident in 2015, with minor injuries.

The general was headed to the Defence Services Staff College to address students and faculty on Wednesday when the Mi-17 chopper crashed in foggy conditions. India's air force is investigating what caused the accident.

"We rescued as many people as we could. But it was very difficult," said Sahayaraj, an eyewitness to the crash. "The whole area was on fire and we couldn't go too close to it." 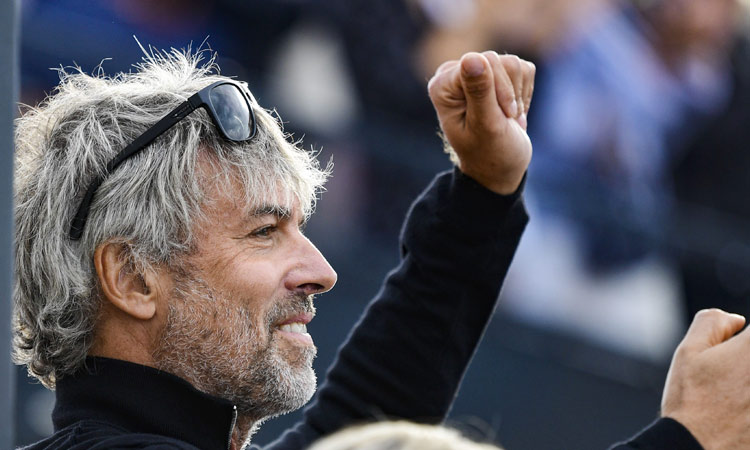