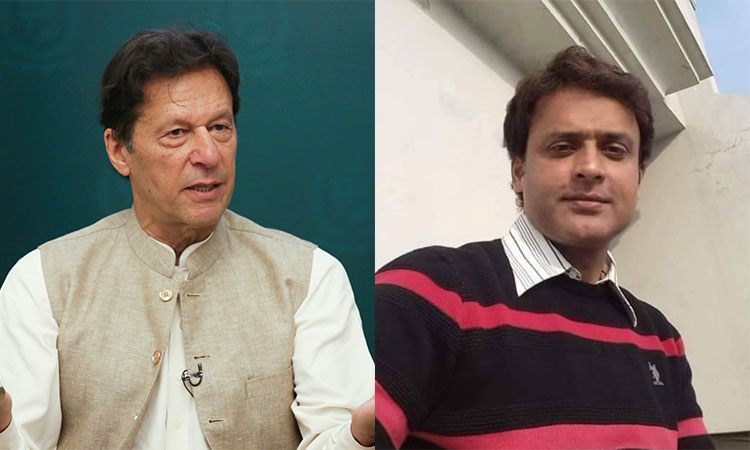 Prime Minister Imran Khan saluted the moral courage and bravery of Malik Adnan who tried his utmost to shelter and save the 49-year-old Sri Lankan manager, Priyantha Diyawadana, from the vigilante mob in Sialkot, endangering his own life by physically trying to shield the victim.

Imran has announced that the Tamgha-i-Shujaat (Medal of Bravery) will be conferred on Malik Adnan, who had tried to save the Sri Lankan factory manager in Sialkot on Friday. 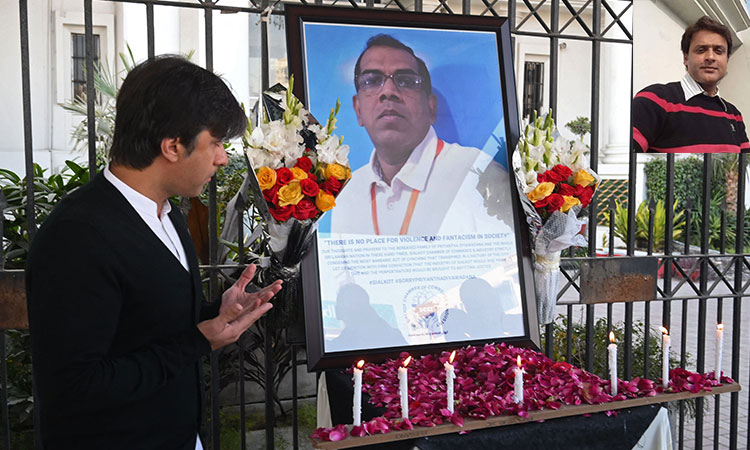 A Pakistani industrialist pays tribute beside a photograph of Priyantha Diyawadana in Sialkot.

In a tweet on social media platform on Sunday, Imran said, "On behalf of the nation I want to salute moral courage & bravery of Malik Adnan who tried his utmost to shelter & save Priyantha Diyawadana from the vigilante mob in Sialkot, endangering his own life by physically trying to shield victim. We will award him Tamgha i Shujaat.” 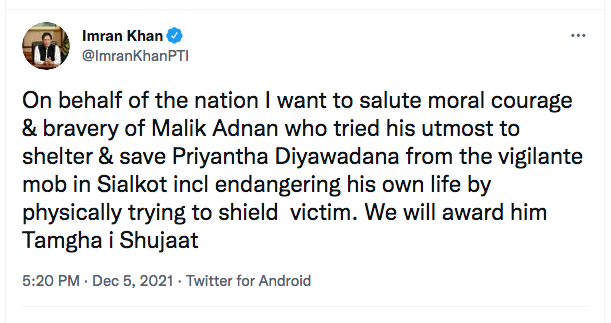 In videos of the incident shared on social media, Adnan was seen confronting a group of angry men and attempting to save Priyantha Kumara, but in vain.

Some among the mob could be heard chanting slogans and saying "he (Kumara) will not escape today," while Adnan tried to shield the manager with his body who clung to the man's legs. 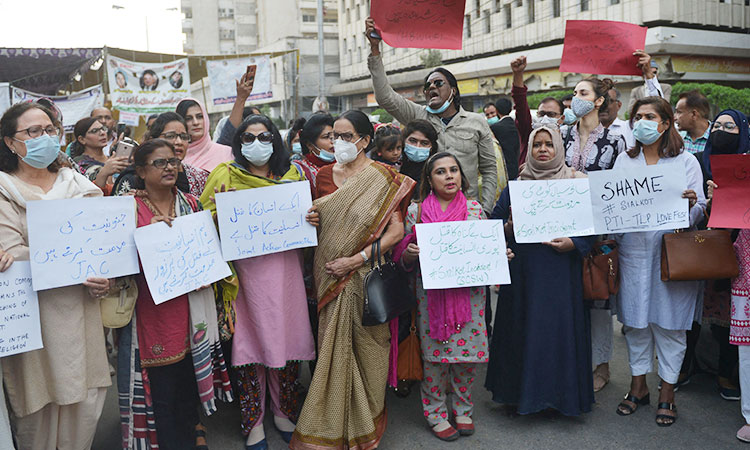 Members of Joint Action Committee carry placards during a protest against the killing of Priyantha Diyawadana. AFP

The workers later overpowered Adnan and dragged the Sri Lankan out on the road and tortured him with kicks, stones and iron rods, killing him on the spot. The mob had then set the body on fire.

Videos shared on social media showed hundreds of men and young boys gathered at the site, with groups of them chanting slogans.

The striking clip has also gone viral on social media, drawing numerous reactions on Twitter, with many posts calling the man a hero. 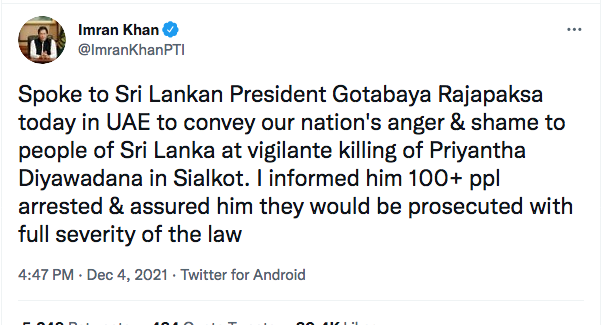 On Saturday, Imran spoke to Sri Lankan President Gotabaya Rajapaksa to convey the nation's "anger and shame" to the vigilante killing of Priyantha Diyawadana in Sialkot.

"Spoke to Sri Lankan President Gotabaya Rajapaksa today in UAE to convey our nation's anger & shame to people of Sri Lanka at vigilante killing of Priyantha Diyawadana in Sialkot," the premier wrote on Twitter.

The First Information Report of the incident was registered against 900 workers of Rajco Industries on the application of Uggoki Station House Officer Armaghan Maqt under Sections 302, 297, 201, 427, 431, 157, 149 of the Pakistan Penal Code and 7 and 11WW of the Anti-Terrorism Act. 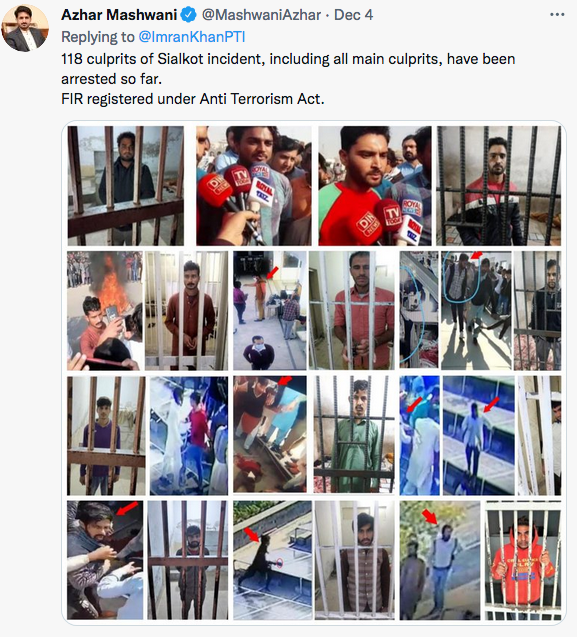 In the latest development, the Punjab police identified and arrested six more of the main alleged culprits involved in Kumara's lynching.

Over the past two days, police have arrested scores of suspects, including six more primary suspects who were traced using CCTV footage and mobile phone data. "The suspects were hiding at the homes of their friends and relatives," a police statement said.