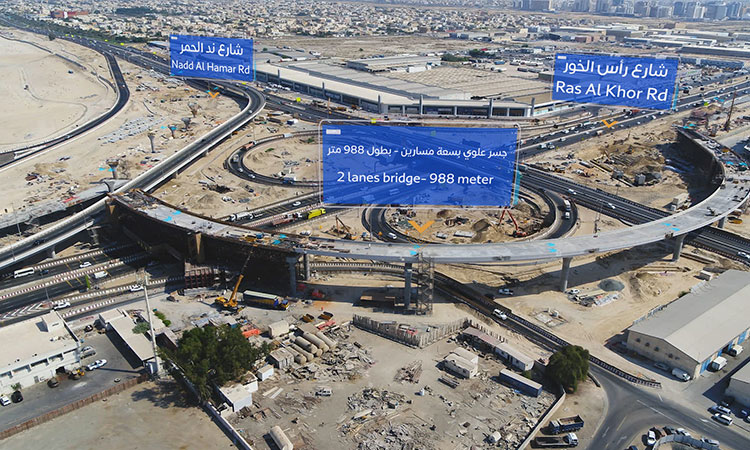 Roads and Transport Authority announces the completion of 50 per cent of the Sheikh Rashid Bin Saeed Roads Improvement Corridor. WAM

The project, which extends eight kilometres along Ras Al Khor Road, runs from the intersection of the Dubai-Al Ain Road to the junction of Sheikh Mohammed Bin Zayed Road. Improvement works also include the construction of bridges extending 2km.

“The project includes widening Ras Al Khor Road from three to four lanes in each direction and constructing a two-lane service road to enhance the traffic safety and ease the traffic flow, besides eliminating the existing overlapping traffic spots. It will also increase the capacity of Ras Al Khor Road to 10,000 vehicles per hour and slash the travel time from 20 to 7 minutes,” said Mattar Mohammed Al Tayer, Director-General and Chairman of the Board of Executive Directors, RTA. 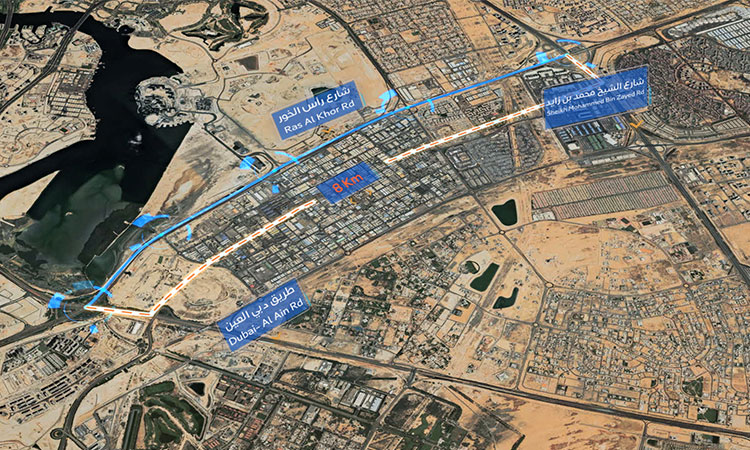 An aerial view of the Dubai-Al Ain Road.

“The project also includes improving the intersection of Nadd Al Hamar Road with Ras Al Khor Road. There will be an increase in the capacity of 3,000 vehicles per hour by constructing a two-lane bridge extending 988 metres to enable free left-side turns of traffic inbound from Nadd Al Hamar Road heading in the direction of Sheikh Mohammed Bin Zayed Road.”

Last month  Mattar Mohammed Al Tayer had revealed that the massive investments of the Dubai Government in improving the infrastructure of roads and transport saved nearly Dhs220 billion (about $60 billion) in time and fuel wasted through traffic congestions from 2006 to 2020.

In contrast, the total investment in the improvement of roads and transport during the same period was Dhs140 billion (about $40 billion). 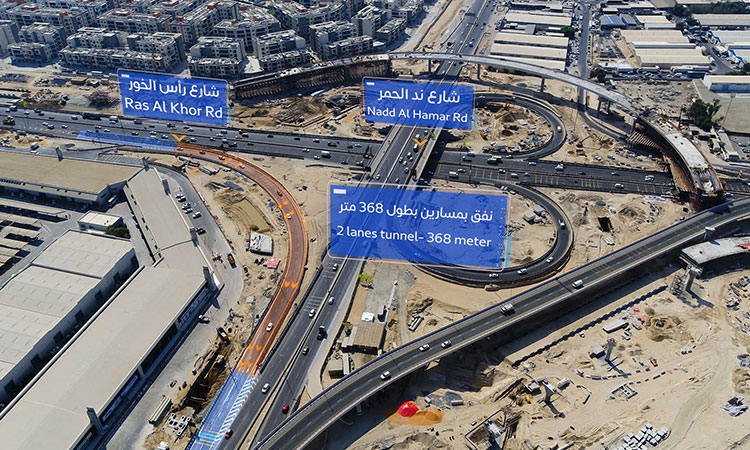 An aerial view of the Ras Al Khor Road.

A couple of weeks ago RTA had opened a new bridge linking Al Manama and Al Meydan streets crossing over Dubai-Al Ain Road. RTA has accordingly eradicated the previous roundabout and adjusted the sloping ends of the existing bridges on Al Meydan Street.

RTA has completed 85 per cent of construction on Dubai-Al Ain Road Improvement Project; one of the biggest infrastructure projects currently undertaken by RTA. 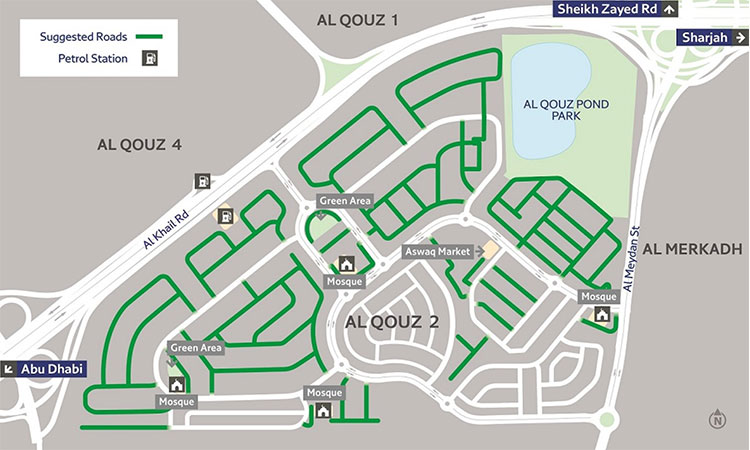 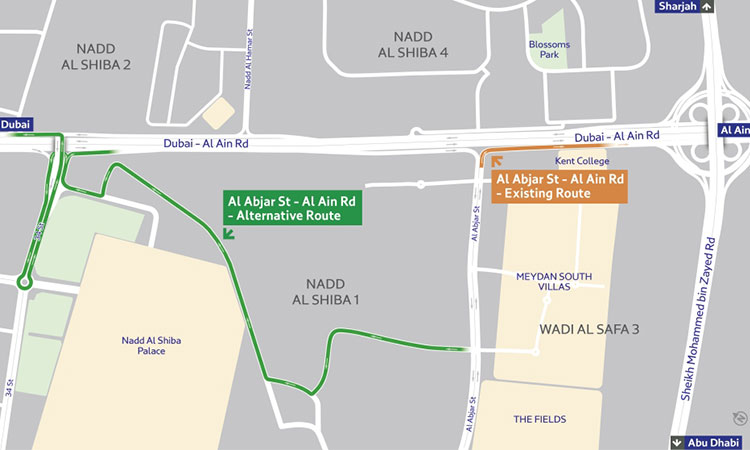 The newly constructed road has been widened from three to six lanes in the direction of Al Ain. The sector, which extends 8km, starts from Bu Kadra Junction to the junction of Sheikh Mohammed Bin Zayed Road with Dubai-Al Ain Road.